Everything You Need to Know About Riad Sattouf, France's Telling Cartoonist 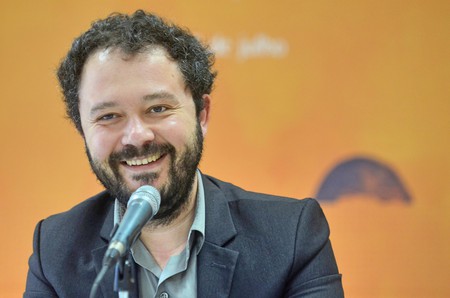 The French-Syrian cartoonist Riad Sattouf has been profiled by all the high-profile publications of the world thanks to his groundbreaking graphic-novel series, The Arab of the Future. Through his childhood in the Middle East, awkward teenage years in Brittany, and career with France’s leading publications like Charlie Hebdo, here are some of the pertinent things to know about this compelling and culturally-relevant comic artist.

He’s Reluctant to be Described as an ‘Arab Comic Artist’

Born in Paris to a French mother and Syrian father, Sattouf spent his childhood in Libya and Syria before relocating to Brittany at the age of 12. Now in his late 30s, he’s reluctant to be depicted as a voice of the Middle East. ‘I waited so long to tell this story partly because when I started to make comics I didn’t want to be the guy of Arab origin who makes comics about Arab people,’ he told The Guardian, speaking about his autobiographical work, L’Arabe du future (The Arab of the Future). ‘I didn’t want to be the official Arab comics artist.’

A perpetual outsider, Sattouf was the victim of anti-Semitic bullying in Syria because of his childhood golden locks. As a teenager in Brittany, his voice was late in breaking and the bullies changed tactics, opting instead for homophobic taunts. ‘Those experiences gave me an immense affection for Jews and gays,’ he told The New Yorker. His chances of a happy adolescence in France were also hampered by his name. Apparently, it has an impressive ring in Arabic but when pronounced with a French accent, it sounds like rire de sa touffe: ‘laugh at her pussy’. This didn’t impress the local girls.

As anyone who had a rough time at high school can attest to, Sattouf performed the heroic task of returning to the classroom in order to research his first book, Retour au Collège (Back to School), published in 2005. He spent two weeks undercover at an elite high school in Paris that is attended by the children of the country’s ruling class. What he overheard during his time there would have made even Malcolm Tucker blush, and he left nothing out of his incisive portrait of France’s upper-crust youths.

He Made Himself the President of Syria

The Pascal Brutal comic series takes place in a not-so-distant but greatly-altered future. In France, Pas-de-Calais and Brittany have splintered off as autonomous regions and the poor are banned from Paris; Belgium has become a brutal gynarchy; Russian society has collapsed; and the Arab world has been united into a utopia by former Syrian President, Riad Sattouf. So far, four volumes of Pascal Brutal have been published: La nouvelle virilité (The New Virility) in 2006, Le mâle dominant (The Dominant Male) in 2007, Plus fort que les plus forts (Stronger than the Strongest) in 2009, and Le roi des hommes (The King of Men) in 2014. 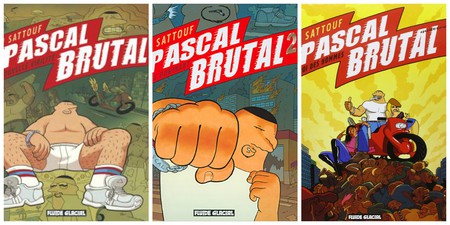 He Spent a Decade Working for Charlie Hebdo

Between 2004 and 2014, Sattouf produced a weekly strip titled La vie secrète des jeunes (The Secret Life of Youth) for controversial-French magazine Charlie Hebdo. In essence a comedy of manners, all the stories were based on conversations Sattouf overheard on the Paris Métro and while out and about in the city. Though often involving sexual humiliation and religious hypocrisy, the strips were relatively tame compared to the rest of the magazine. They have been republished in three books: La vie secrète des jeunes: Volume 1 in 2007, Volume 2 in 2010, and Volume 3 in 2012. 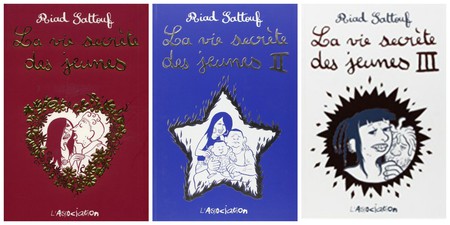 He Won a César Award for His First Feature Film

Sattouf again tapped into his less-than-picture-perfect youth in order to make his first feature film, Les Beaux Gosses (The French Kissers), which was released in June 2009. The coming-of-age story which centers on Hervé and Camel, two friends navigating life and first loves at a high school in Rennes (Sattouf’s hometown), was a huge hit in France, attracting one million cinemagoers in its first two months. It was also nominated for three César Awards in 2010—Best Supporting Actress, Best New Actor, and Best Debut Film, the latter of which Sattouf won.

He Writes Stories Told to Him by a Real Adolescent Girl

After finishing with Charlie Hebdo in late 2014, Sattouf moved to Le Nouvel Obs and started Les cahiers d’Esther (Esther’s Notebooks). The strip, created alongside L’Arabe du futur, is based on true events as recounted to him by the daughter of a friend. ‘I was retelling my youth in Syria and I had this impression of being 10, being stuck in my memories,’ he told The Guardian. ‘When I met Esther, I felt as if we were the same mental age and it would be good to recount a French childhood at the same time as mine.’ The strips have been republished as two books: Histoire de mes 10 ans in 2016 and Histoires de mes 11 ans in 2017. 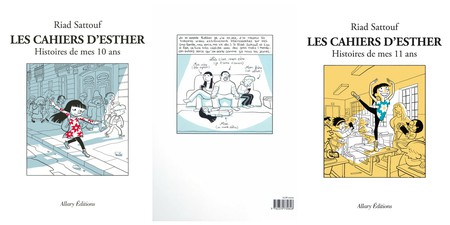 The Arab of the Future Has Been Translated Into 16 Languages 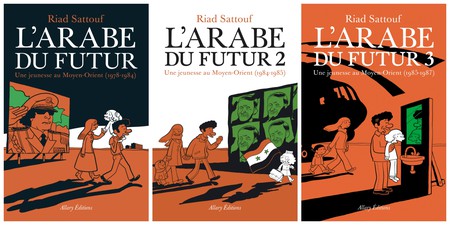 For Sattouf, Every Country Has a Color

One of the most interesting visual features of The Arab of the Future is that every country of Sattouf’s childhood is represented by its own color. Libya is desert yellow, aside from The Green Book by Muammar Gaddafi; Syria is red like its iron-rich earth; and France is gray-blue like the Brittany coast. As such, the reader is instantly transported with the flick of a page from one location in Sattouf’s memories to another. Certain objects and speech bubbles are also subject to thematic coloring: for example, red signifies shouting, danger, and violence while green illustrates non-verbal.

He Created a Graphic Novel for the Musée du Quai Branly

To commemorate the 10th anniversary of the opening of the Musée du Quai Branly, Paris’ ethnographic museum and one of the author’s favorite places in the capital, Sattouf created a one-off graphic novel. The titular character of Eugénie au musée du quai Branly is a friend of Esther who explores the museum and its collection. A new panel was published every day between June 1-23, 2016, and it can be read in its entirety on the museum’s Facebook page.