Chip Wars: Is the French Fry from France or Belgium? 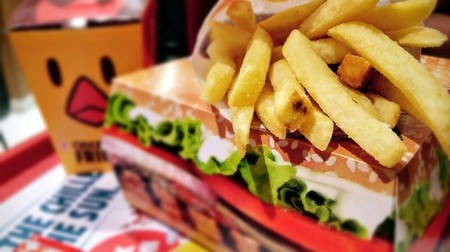 French fries are generally thought to have originated in France, but Belgium has recently spoken out to say the snack is theirs. Now, historians are battling it out to decide which country created them first.

France and Belgium both claim the chip as their own gastronomic innovation and this dispute is known as the ‘fry feud’ or ‘chip wars’. The slender potato snack is traditionally served with mussels (moules-frites) in both France and Belgium and represents an iconic aspect of foodie culture in both countries. While the battle continues, we take a brief look at the history of this deep-fried snack.

It’s difficult to agree on the origins of this snack

According to French historian Madeleine Ferriere, it’s difficult to pinpoint the chip’s origins because of the way it has traditionally been consumed. ­’Fries, they are the orphan of street cooking, of low birth’, says Ferriere, as reported in Digital Journal. ‘That is why it’s hard to establish where they really come from’.

If these salty treats were invented in restaurants, then there would be more evidence to consult, such as menus or receipts. Instead, they started as fast-food street snacks, leaving little trace. The recipe given in cookbooks dates back to 1855, but chips have been around much longer than that.

France says the history of fries is entwined with theatre

In Paris, fries first popped up in the late 18th century, just before the French Revolution. They were sold under the name pommes de terre frites (chips or French fries) to peckish theatre-goers as they crossed the city’s oldest bridge, Pont Neuf, to watch a show. 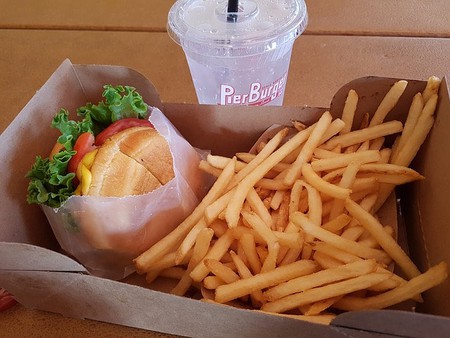 French fries served with a burger in France | © mouvryeong / Pixabay

Belgians say the invention comes down to survival

However, some experts argue that they were really invented in Belgium. Local folklore says that a particularly violent winter in 1680 forced peasants living near the River Meuse in southern Belgium to deep fry potatoes in order to survive, instead of wasting time trying to catch fish in the frozen waters.

Belgians claim that American soldiers mistakenly named them ‘French fries’ during the First World War because French was the official language of the Belgian army.

The food fight has been going on for centuries

The debate over who created the fry has been raging for centuries, but it kicked off again recently when a leading French newspaper, Le Figaro, ran a story with the headline ‘No, French fries are not Belgian’. The article was printed on August 1, 2018, which was especially provocative as this date is also the International Day of the Belgian Frites.

Belgium refuses to back down to France

Bernard Lefèvre is the president of Navefri-Unafri, the Belgian national association for frietkoten (fries), and he says that the issue cuts much deeper. ‘We are used to the French looking down on us’, he told The Telegraph. ‘Belgium is always considered the little brother. They mock us but they do it with sympathy.’

‘I think it is not an attack. It is more a feeling of embarrassment that one exceptional thing was not invented in France’, he said. He went on to say that if fries truly were French, then there would be an international museum in honour of their history in Paris, which there is not. 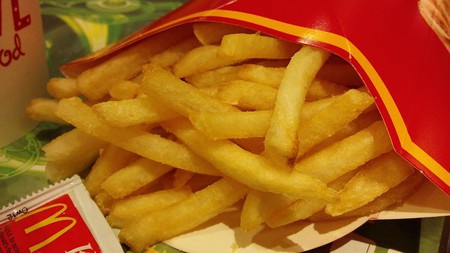 The French fry is iconic at McDonald’s | © TeaLaiumens / WikiCommons

At the end of the day, what counts is how they’re cooked

As yet, there has been no concrete answer regarding the fried potato’s real birthplace. In many ways, an official verdict won’t make any difference because each country insists they cook it the best.

‘As far as we’re concerned, ‘fries’ are undeniably Belgian!’, said Andrew Daines of Belgian tourist group VisitFlanders. ‘Antwerp’s famous Fritkot Max, located in the city’s Groenplaats, has been in business since 1842’, he said. ‘Irrespective of their origin, ‘Belgian’ fries are definitely the best’. 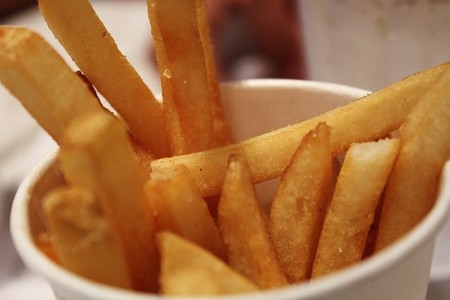 Generally speaking, the French aren’t fazed by the rivalry and won’t be renaming their frites ‘Belgian fries’ anytime soon.