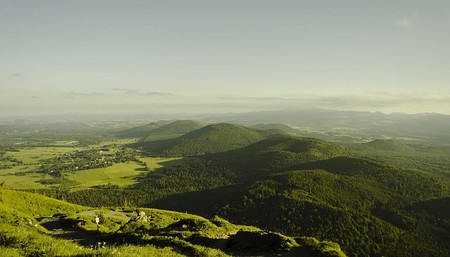 The French Alps are world famous, but this is not the only mountain range in the country to leave visitors awe-struck. The Chaîne des Puys is a rugged chain of volcanic lava domes in the Massif Central of France, rarely known about outside the country. But that’s all about to change now that it has become the first natural landmark in mainland France to be awarded UNESCO status.

The Chaîne des Puys is a string of 80 dormant volcanoes in central France, stretching their luscious green slopes across more than 40 km of landscape. Its highest point is the Puy de Dôme, right in the centre of the chain, which rises a majestic 1,465 m (4,806 ft) high.

Many people think that the prestigious UNESCO status is awarded only to unique monuments or buildings, like ancient temples. But this isn’t always the case, as the natural landscape addition of the Chaîne des Puys to the World Heritage list demonstrates. 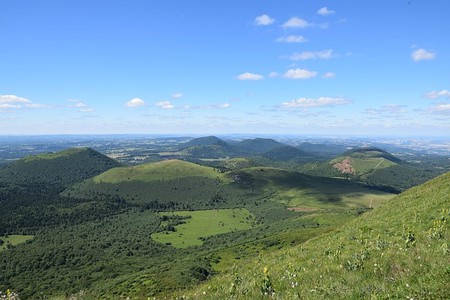 Offering spectacular panoramic views from each of its peaks, the mountain range has been awarded UNESCO status not just because it’s a beautiful place to visit. Rather, the main reason why it has joined the list is that it represents a rare gem of geographical majesty.

According to UNESCO, the landscape is an ‘exceptional illustration of continental break-up – or rifting – which is one of the five major stages of plate tectonics’.

These exceptional characteristics have long been recognised in the history of volcanology, as the site was the subject of the pioneering research of English geologist George Julius Poulett Scrope, starting in the 1820s. 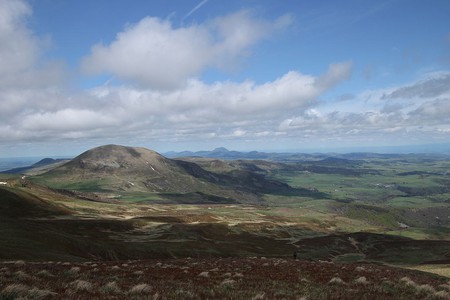 As well as hiking its gorgeous slopes, which have recently become more accessible after a series of new wooden steps were built, you can enjoy horseback rides, motorcycle trips or fishing in the region.

In recent months, there has been a surge in sites across France vying to be granted UNESCO status. This includes the quaint bistro cafes that line the wide boulevards of the French capital, Paris.

There are now less than 2,000 bistros among the capital’s 14,000 restaurants, which shows a 16 percent decline from the figures of 20 years ago. The UNESCO status, in this case, aims to preserve authentic gastronomic heritage, rather than just celebrating uniqueness.

There’s also the 250 booksellers in Paris– or bouquinistes as they are known to the locals – seeking to become a UNESCO World Heritage piece of ‘intangible cultural heritage’. The antique bookstalls that line the river Seine are a tradition that stretch back centuries – and whose legacy is similarly under threat.

The most bizarre request, however, came in January, when President Emmanuel Macron joined calls by bakers for France’s traditional baguette to be added to the UNESCO World Heritage list. ‘The baguette is envied around the world. We must preserve its excellence and our expertise, and it is for this reason that it should be heritage-listed,’ Macron said at the Élysée presidential palace in Paris. Only time will tell what the next addition will be.