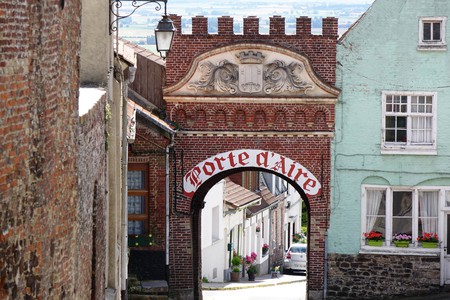 Cassel is a quaint village in northern France nestled atop a hill and it has landed the title of the nation’s favourite.

From a beautiful 18th-century wooden windmill to its Flemish Gothic architecture, cobbled squares and picturesque countryside surroundings, Cassel boasts charm in abundance. Now, the commune has been named ‘France’s Favourite Village’ (Le Village Préféré des Français) in the seventh annual edition of the TV contest of the same name.

It’s the first time that a commune from the Hauts-de-France region has won the competition, which is broadcast by channel France 2. Previously, the winners have been selected from the same three departments: Occitanie, Brittany and Grand Est.

We take a look at why this small northern village triumphed over more well-known spots, such as Mont-Saint-Michel and Provence, taking home a prestigious title and 22% of the vote.

Cassel is a small village with ample historical significance

One of the factors that judges take into account in the Le Village Préféré des Français competition is incredible historical significance and Cassel offers this in bundles.

There’s an 18th-century wooden windmill, Moulin de Cassel, a rare relic to another era, and a historic Jesuit college. Since Cassel was French HQ at the start of the First World War, there are numerous commemorative statues dotted around, too, such as Marshal Ferdinand Foch on Mount Cassel. 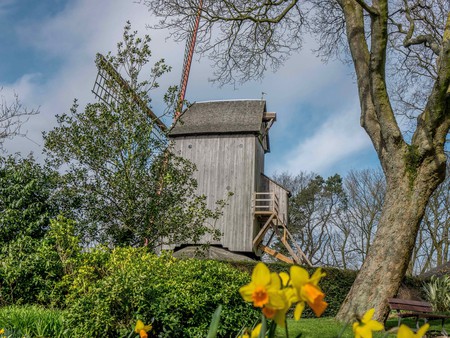 However, the ultimate architectural gem in the village is Hôtel de la Noble Cour (Noble Cour mansion), an original 16th-century Flemish building. Now home to the local Flanders Museum, this is the best place to plunge yourself into the history of the area and marvel at the peculiar mélange of Gallic and Flemish styles.

Built in 1634 under Spanish rule, Hôtel de la Noble Cour flaunts a stone façade, which is unusual for Flanders architecture of the time, especially since the exterior is then adorned in a French Renaissance style. If you look closely, you’ll notice strange carvings of grotesque heads, mythical beasts and other legendary creatures – the village is full of surprises.

As well as historical significance, appearances count in crowning a village the nation’s favourite. The contest frequently rewards places that are exceptionally beautiful and Cassel is surprisingly pretty, to say the least. 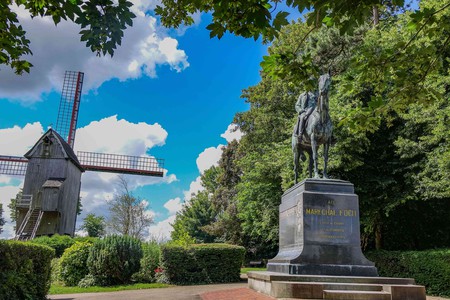 The village is located just a dozen kilometres from the Belgian border and so, it is infused with Flemish charm. Cassel is also the highest point of French Flanders, gazing out across the surrounding plain and pastures at 577 ft (0.17 km). Legend has it that the Grand Old Duke of York led his 10,000 men up this very peak following their defeat in the 1793–95 Flanders Campaign. 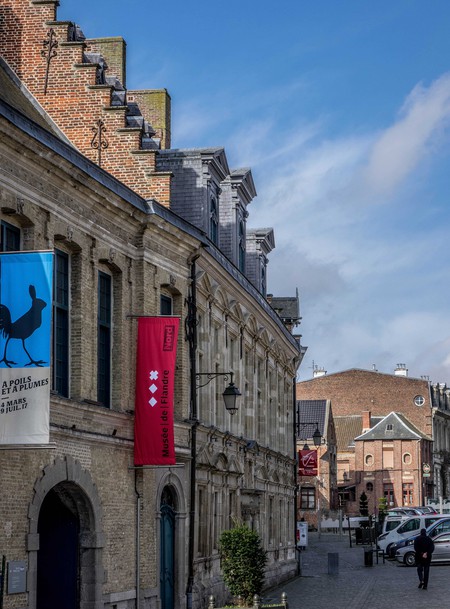 The pleasure of strolling through the graceful countryside surrounding Cassel and its authentic cobblestone streets played a large part in its selection. There are only 2,300 inhabitants, a small population that lends the place a peaceful sense of calm. 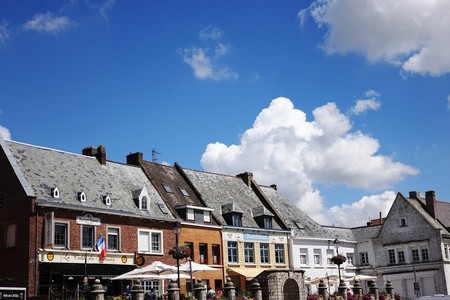 Naming Cassel ‘France’s Favourite Village’ helps debunk the myth that only the south of France, with its rolling lavender and sunflower fields, can be beautiful – Cassel is proof that the north can be stunning as well.

It seems that beauty and historical significance can only get you so far in the competition to crown ‘France’s Favourite Village’ because the winning village was also required to demonstrate an excellent community spirit.

Cassel might be a small place, but it boasts an unrivalled selection of eclectic festivals and carnivals that bring the community together. Ultimately, this is likely to be what distinguished Cassel from other beautiful French village contenders, like Mont-Saint-Michel.

The village of Cassel has two major carnivals: one that takes place on the first weekend of Mardi Gras (Fat Tuesday) and another on Easter Monday. The Easter carnival has been registered in the Inventory of Intangible Cultural Heritage in France since 2013 to preserve its unique past.

These events differ from the carnivals of nearby Dunkirk and Bailleul because of the importance placed on local folklore. The Mardi Gras carnival, for example, celebrates Reuze Papa and Reuze Maman; legendary giants that have long captivated the imagination of Flemish France.

The creatures are paraded around the village in effigy each Easter to the delight of everyone around. During the occasion, villagers join together to chant a lively, traditional song: ‘Als de grote klokke luidt, de Reuze komt uit’ (‘When the big bell is chiming loud, the giant comes out’). 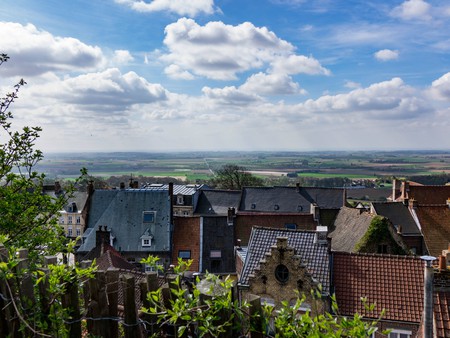 Taking all these factors into consideration, it seems only fair that Cassel should win the title of ‘France’s Favourite Village’. The sheer abundance of unique qualities squeezed into such a small place is truly impressive.