The Beauty of Nantes' Architecture in 10 Buildings

Nantes gare sud | © Mypouss/Flickr
Nantes is an architectural melting pot. New bold building projects sit alongside historic landmarks and ancient facades. Here are our top 10 buildings from both these angles that simply shouldn’t be missed.

Church, Cathedral
Sainte-Croix Bell Tower | © Eusebius@Commons/Flickr
This ornate church lies in the historic Bouffay district of Nantes and has been its parish church since 1138. In 1860, the beautiful bell tower, which can’t be helped to be noticed on first approaching the church, was added, with a circle of angels playing trumpets out over the city.
More Info
Open In Google Maps
Place Sainte-Croix, Nantes, Pays de la Loire, 44000, France
+33240474118
View menu
Visit website
Visit Facebook page
Send an Email
Give us feedback

French architect Antonini Darmon is the man behind these bold social housing blocks, entitled 30 Social Housing Units. These mid-rise buildings rest upon timber-strutted plinths that contain the community spaces. Located on the Île de Nantes, these stark white, striking buildings can easily be seen when visiting Machine Island and look quite at home in Nantes’ ever-changing skyline. 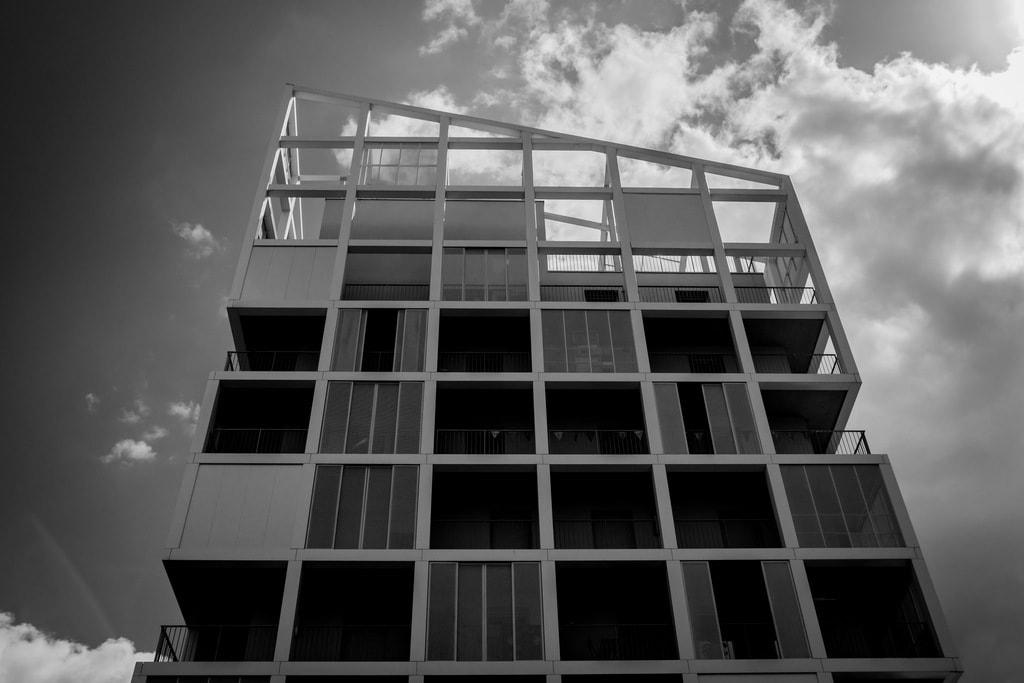 Initiated by the Coupechoux design group, Manny is an incredible building of metal mesh, meant to illustrate two essential components of Nantes society: creativity and eco-responsibility. The light veil of metal used to drape around the building really looks striking any time of day. From its opening in 2009, the building plays house to various architecture and creative businesses. The two staircases snaking up from the lobby are pretty impressive, too. 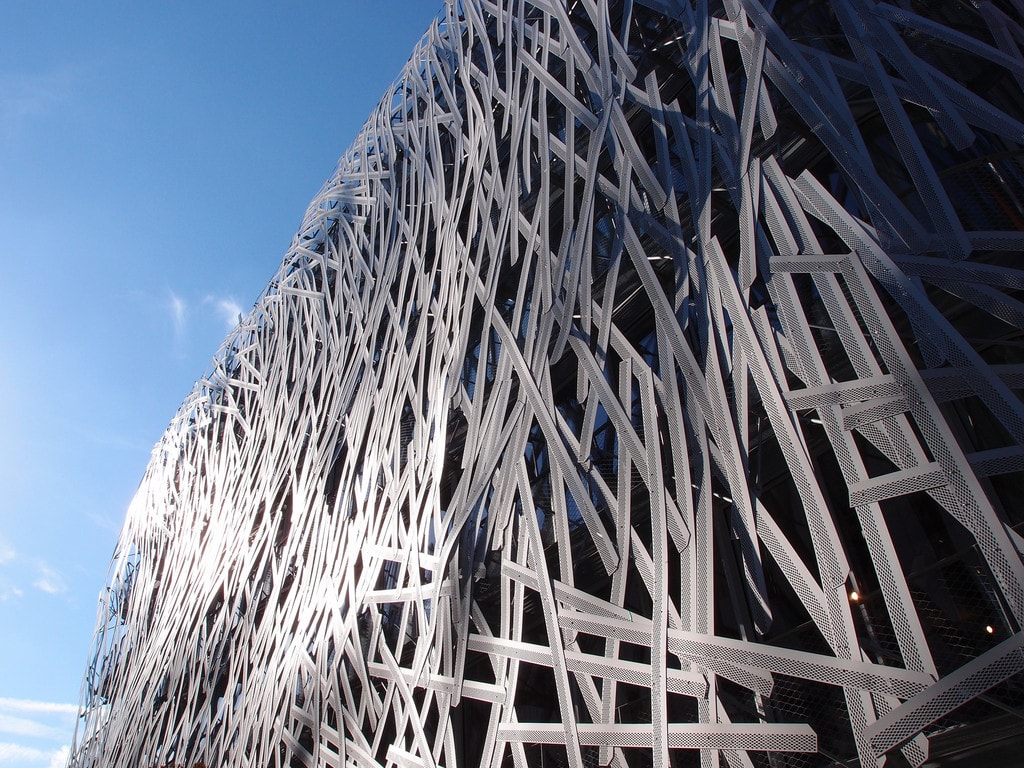 Theatre
Nantes’ 18th-century theatre and opera house sits proudly at the head of an attractive square—Place Graslin—in the city’s old town. It’s beautifully illuminated at night, so if you don’t get a chance to attend a performance here during your stay, definitely amble by the exterior after dark.
Looks like it's closed Hours or services may be impacted due to Covid-19
More Info
Open In Google Maps
Place Graslin, Nantes, Pays de la Loire, 44000, France
+33240697718
View menu
Visit website
Visit Facebook page
Send an Email
Give us feedback

Lu is a well-known biscuit brand in France and La Tour Lu—now an exciting arts space in Nantes—was one of its first factories. The restored art deco tower (there used to be a pair, but sadly the second didn’t survive WWII) can be seen from various points around the city. In particular, note the eagles that symbolize prestige and an angel with a trumpet in his hand.

Shopping Mall
The elaborate Passage Pommeraye is a 1840s shopping mall in the heart of Nantes, classified as a historic monument since 1976. When it was built, Nantes was a booming industrial city, so the mall injected an elegance that was not so often seen. The beautiful statues represent agriculture, fine arts, maritime trade, and more.
Looks like it's closed Hours or services may be impacted due to Covid-19
More Info
Open In Google Maps
20 Passage Pommeraye, Nantes, Pays de la Loire, 44000, France
View menu
Visit website
Visit Facebook page
Send an Email
Give us feedback

In the creative quarter in Nantes, Building B is an energy efficient exhibition space constructed from local trees. Architectural firm Barre-Lambot was behind the design and it serves as an information center on wood and regional businesses.

Building B in Nantes © Objectif Nantes/Flickr

La Fabrique is a hub for contemporary music and digital arts in the city. Constructed by the City of Nantes as part of its massive cultural and arts initiative, it is made up of two buildings, both housing studio spaces, broadcast rooms, and so on. The bar space of Trempolino is a trendy spot to have a drink and there is always a full calendar of events and performances at both venues.

One of Nantes’ most iconic landmarks, the Cathédrale Saint-Pierre-et-Saint-Paul, is as striking on the inside as it is externally, thanks in part to the colorful stained-glass windows (pictured below). Taking over 450 years to complete, the cathedral is a fine example of Gothic architecture and has been listed as a French historical landmark since 1862. Well worth the visit. 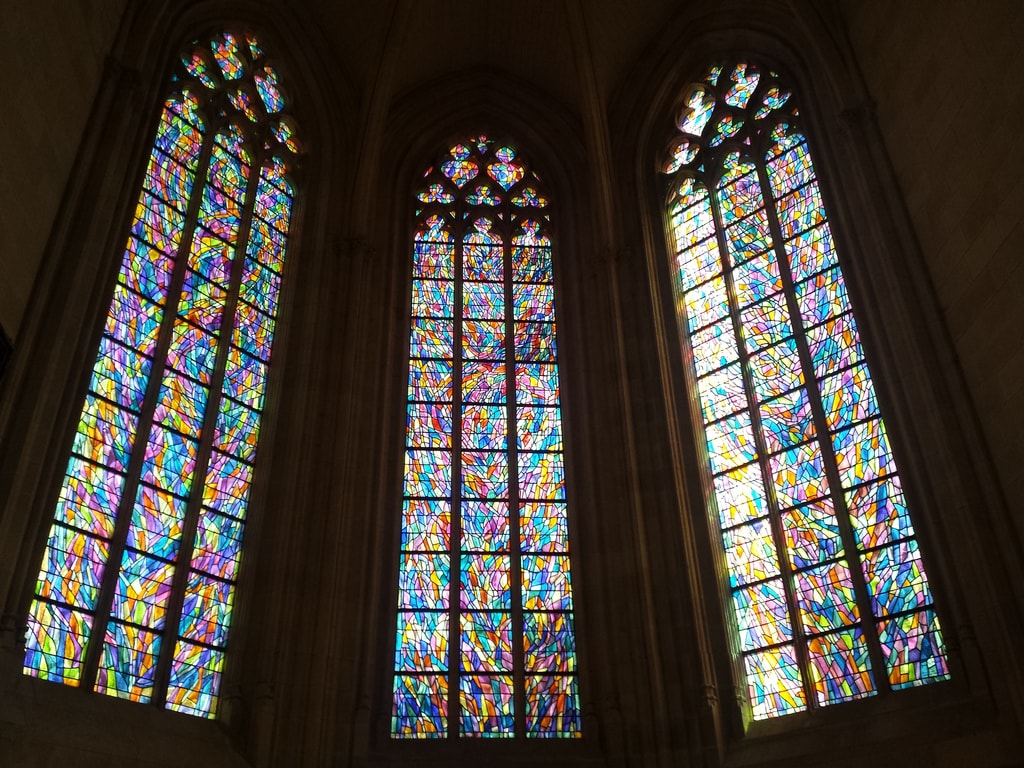 Bridge
Pont Eric Tabarly | © Christophe Laigle/Flickr
Named after Nantes’ famous navigator Éric Tabarly, this road bridge was built entirely in a workshop in Belgium and installed in place in 2011. Head down to Île de Nantes for a great view of this impressive structure. Does it remind you of another bride in France? The famous Millau Viaduct had the same project management.
More Info
Open In Google Maps
Pont Éric Tabarly, Nantes, Pays de la Loire, 44200, France
View menu
Visit website
Visit Facebook page
Send an Email
Give us feedback
Give us feedback