A Tour of the Route Napoléon Took in 1815 France 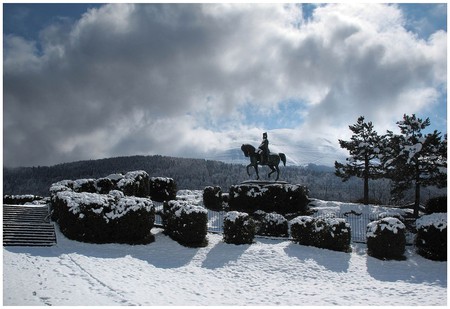 The monument at Laffrey along the Route Napoleon | © Michiel Hendryckx/WikiCommons

Napoleon was banished to the Mediterranean island of Elba when he fell from power in 1814. A year later, he decided to regain power by marching with loyal soldiers from Golfe Juan to Grenoble. The Route Napoleon is a journey that ended in his defeat at Waterloo but takes in stunning gorges and alpine citadels.

Antibes, Cannes, then into Castellane

Napoleon had been living in exile on the island of Elba for a year when he discovered his funds were running low and that he was to be banished even further away – to an island off the Atlantic Coast – and he decided to escape. He disembarked at Golfe Juan in Antibes. There is a plaque here commemorating the start of the Route Napoleon, now the N7. He decided to march through mountainous countryside to Grenoble so that he might escape detection or capture for as long as possible. His plan was to then march to Paris and become Emperor of France once more. 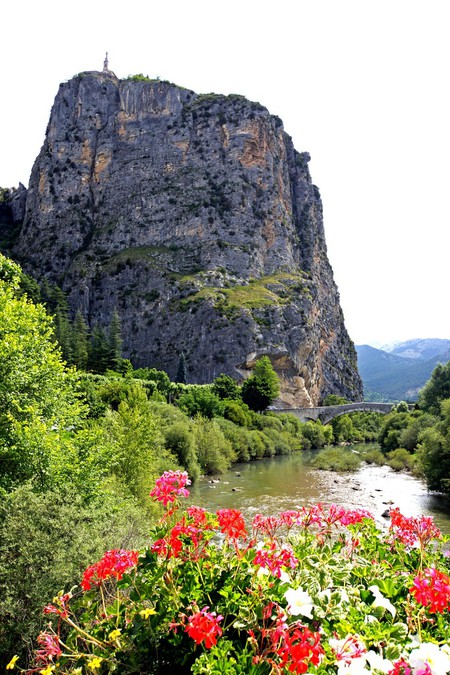 He was met by supporters and the first part of the journey took them through Antibes and Cannes and then through Grasse (now a perfume town) into what is now the Verdon National Park. The Route Napoleon veers through Castellane where he arrived in time for lunch on March 3, 1815 just as it began to snow. He was greeted with cries of “Long Live the Emperor”.

A Near Miss in the Gorges du Verdon

After lunching with the mayor and resting up in a three-storey villa, Napoleon and his band of men made it through the perilous Gorges de Verdon, where legend has it that he nearly died when a mule pack carrying gold, overbalanced and fell into a steep ravine. If you’re looking for a more challenging drive, it’s at this point that you can turn off and try some of the mountain passes, like Col du Labouret, where the descents are hairier and the views just as spectacular. 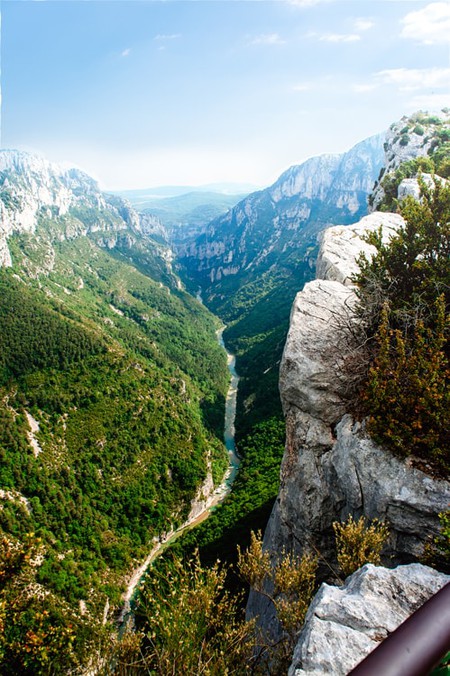 The Gorges du Verdon on the route Napoleon | © Maria Sedova/Shutterstock

After passing through Digne, Napoleon entered Sisteron on March 5, 1815. He didn’t receive any protest from the Royalist troops and after lunch, a crowd gathered to watch him leave. A young woman gave him an embroidered tricolour which he apparently kept until Waterloo. Sisteron roughly marks the halfway point on the Route Napoleon (it’s 83 miles to both Marseille and Grenoble). 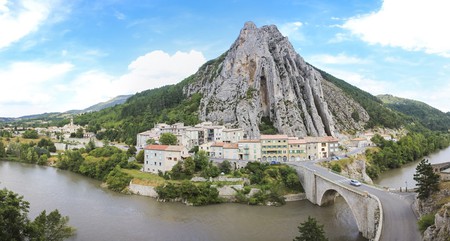 Sisteron on the Route Napoleon | © donsimon/Shutterstock

The Town of Gap Welcomes Napoleon

Napoleon received a rapturous welcome in Gap, where he printed lots of proclamations, saying, “I was deeply touched by all the feelings that you have shown me… You’re right to call me your father; I live for the honour and happiness of France”. When he left Gap, the whole town followed him. The alpine town of Gap at 750m above sea level is France’s highest. 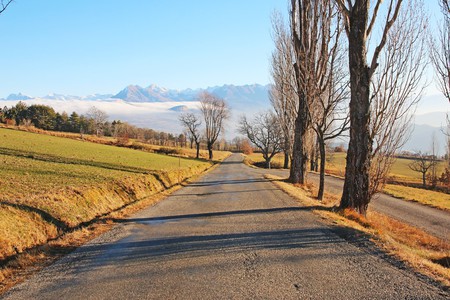 The road to Gap | © Alistair Wallace/Shutterstock

The Royal Army Capitulates at Laffrey

The drive onto Laffrey follows winding routes and celebrates the place where Napoleon’s growing party of supporters met the King’s Army sent down from Grenoble. Napoleon rode among them, shouting that he was their Emperor. They lowered their rifles and joined his side. He said, “C’est fini. Dans huit jours nous serons à Paris.” (It’s over. In eight days we will be in Paris). The Route Napoleon passes the monument erected to commemorate the meeting.

The monument at Laffrey along the Route Napoleon | © Michiel Hendryckx/WikiCommons

A Triumphant Road to Grenoble and then to Paris

Napoleon marched triumphantly into Grenoble on March 7, 1815 where a plaque details his remarks that “before Grenoble, I was an adventurer, but after I became a Prince”. After travelling to Paris, Balzac said that “once again, France gave herself to Napoleon, just as a pretty girl abandons herself to a Lancer”. 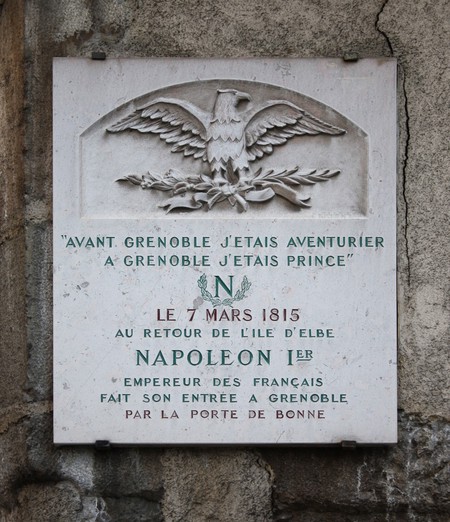 Even though he was not technically under guard on the island of Elba, it was generally accepted that Napoleon was not allowed to leave. The British were not happy and began to gear up for war. Napoleon was in power for 100 days before losing to British, Prussian, Russian and Austrian forces at the Battle of Waterloo in June 1815. He lost the support of his beloved French people and turned himself into the British, who exiled him on the island of Saint Helena in the Atlantic Ocean, where he later died. 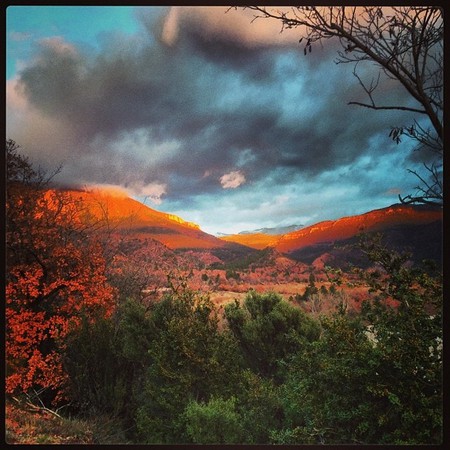 It took Napoleon and his men an entire week to trek the 325 km route but today you can drive this sublimely historical road in eight hours.