A Student's Guide to Nantes, France

Notre-Dame-de-Bon-Port Church, seen from the Island of Nantes | © Henryk Sadura / Shutterstock
Nantes, with its historic castles and rapidly growing alternative music scene, is the perfect combination of old and new. It is a city with something for everyone. That being said, it primarily accommodates to its large student population with a great mix of bars, restaurants, contemporary art galleries and gigs. Here’s our student’s guide to Nantes.
Nantes ©SergiyN/Shutterstock

Watch a film at Le Cinématographe

Though Nantes has a variety of cinemas, Le Cinématographe is certainly the quirkiest and the best value for money. The city’s oldest art-house cinema is tucked away on Rue des Carmélites, away from the hustle and bustle of the town centre. In fact, you could almost pass it by entirely, if it weren’t for the hordes of students queuing outside. For the tiny sum of 3€, you can see a variety of independent French releases and cult classics such as Bonnie and Clyde (1967) and Vertigo (1958). It’s worth a visit just for the traditional red curtains alone.

Just down the road from Le Cinématographe, you’ll find the charming and lively student bar, aptly named Au Chien Stupide. Though it specialises in a variety of craft beers, Au Chien Stupide also has a wide range of local wines, starting from 2.50€. This bar is almost always packed to the rafters with twenty-somethings, and not only due to the very reasonable prices. Its charm derives from the fact that they only play vinyl music and from the eccentric décor. 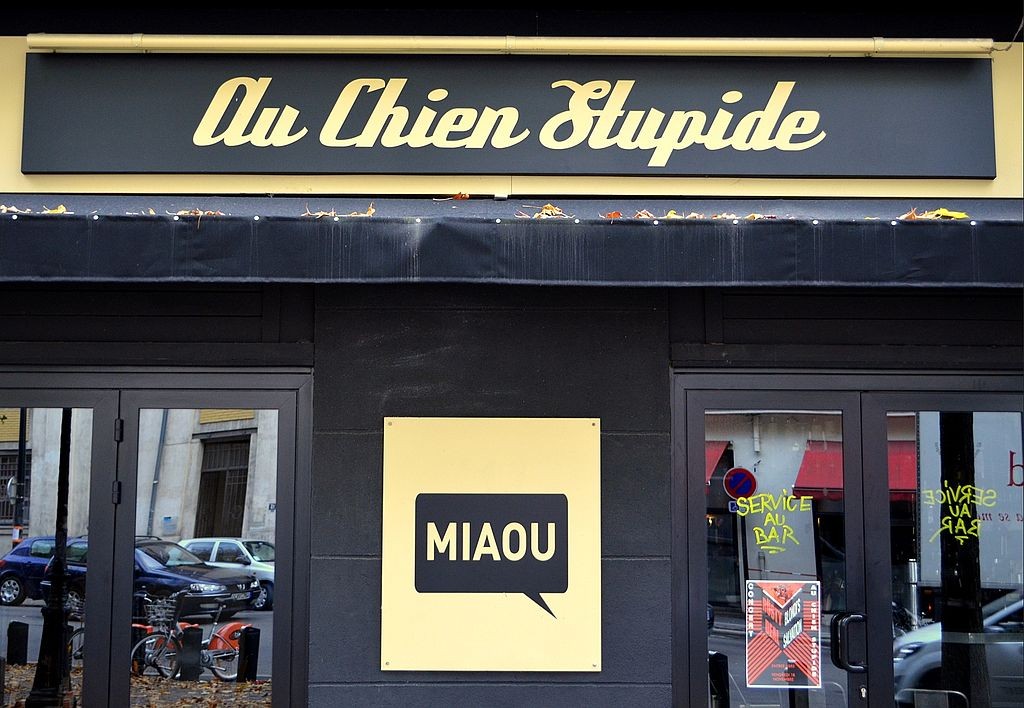 Go to Le Lieu Unique for a night out

Located in an old LU biscuit factory, Le Lieu Unique is Nantes’ most unique and inexpensive night out. During the day, it is the national centre for contemporary art and theatre, and it also houses a restaurant and a Moroccan hammam. On weekends, it transforms into a bar and nightclub and hosts a wide range of up-and-coming DJ’s. Its inexpensive range of drinks and electronic music scene renders it a much better option than Hangar à Bananes’ LC Club. 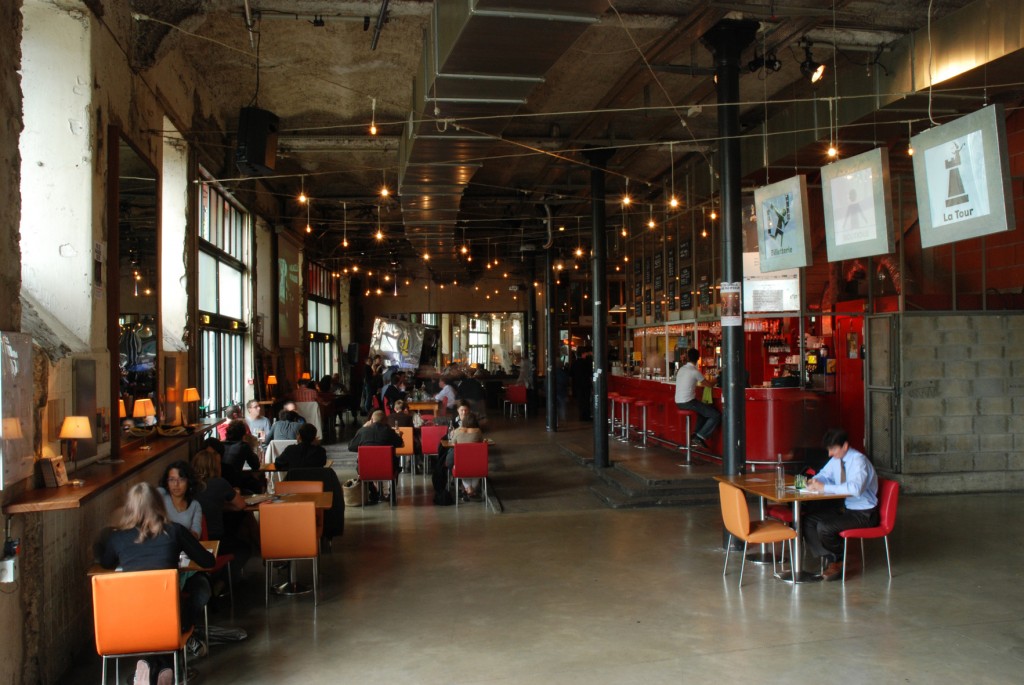 Get some bargains at Le Marché de Talensac

The Talensac quarter is located just north of Commerce, and is celebrated for its food market, which is the oldest and largest in the city. However, the true gem of this area, is its Saturday morning vintage market. It is located right beside the Viarme-Talensac tram stop, on Line 3. You’ll want to get up pretty early to get your hands on the best antique finds, which range from old copies of Paris Match magazines, to costume jewellery and clothing. Rented apartments in France often come unfurnished, and so this market is particularly useful if you are on the hunt for some cheap but beautifully preserved furniture to fill your student apartment. 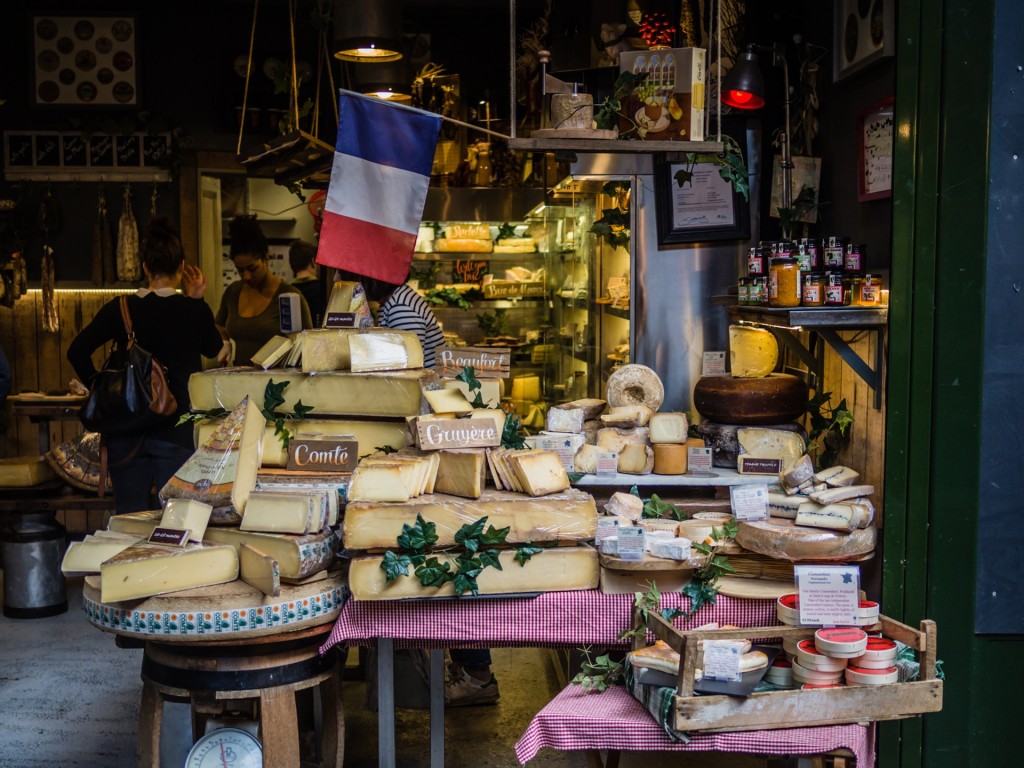 Nantes’ tastiest and most reasonably priced burgers can be found on Île de Nantes, which is also home to Hangar à Bananes and the infamous mechanical elephant. Les Melting Potes is a particularly great find as it is off the beaten track and is therefore very popular with the locals. Be sure to visit on a Tuesday night, when you can get a burger, fries and a drink for only 10.50€. Students also get an extra 1€ off their meals. What’s more, they have an excellent selection of vegetarian burgers and they even host a comedy night on Friday evenings.

See the whole city for free from Le Nid

If it’s a panoramic view of the entire city you’re after, then Le Nid is the obvious front-runner. Located on top of the rather unsightly Tour de Bretagne, it is an extremely eccentric bar with an enormous bird doubling up as a bar and gigantic eggshells which transform into seats. Just a short walk form Commerce, this bar is a great place to bring visiting friends and family. The cocktail menu is extensive, but best of all, it is completely free to take a lift to the top and drink in the view. 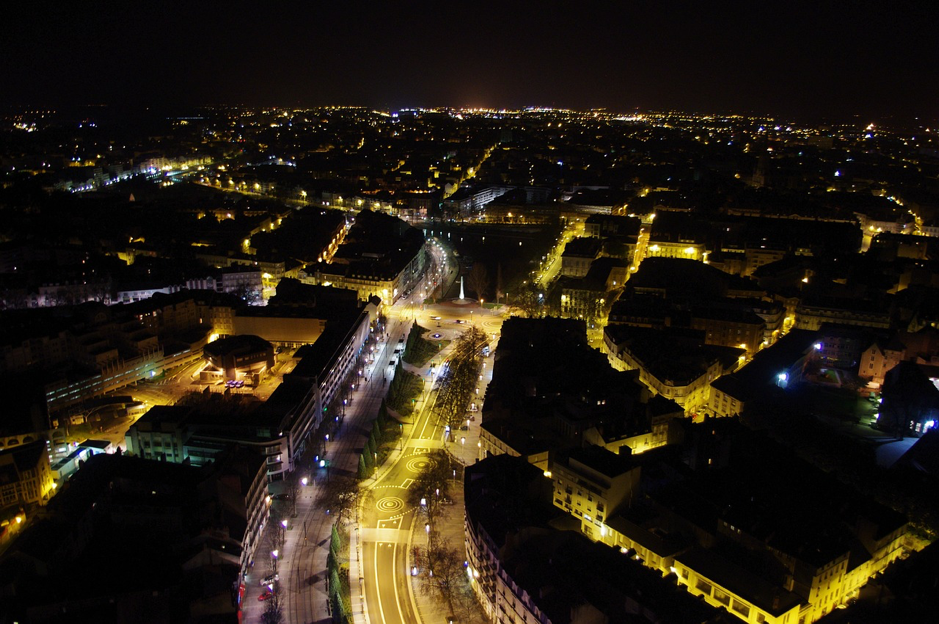 Brunch on the cheap at Shefferville Café

Though it may not be the most authentically French place in Nantes, this café is excellent for the weary exchange student who is missing a proper fried breakfast. Though their speciality is bagels, stuffed to the brim with all kinds of delicious fillings, they also serve all-day American-style breakfasts at the weekend. Their huge portions and free refills of filter coffee are the perfect weekend hangover cure. 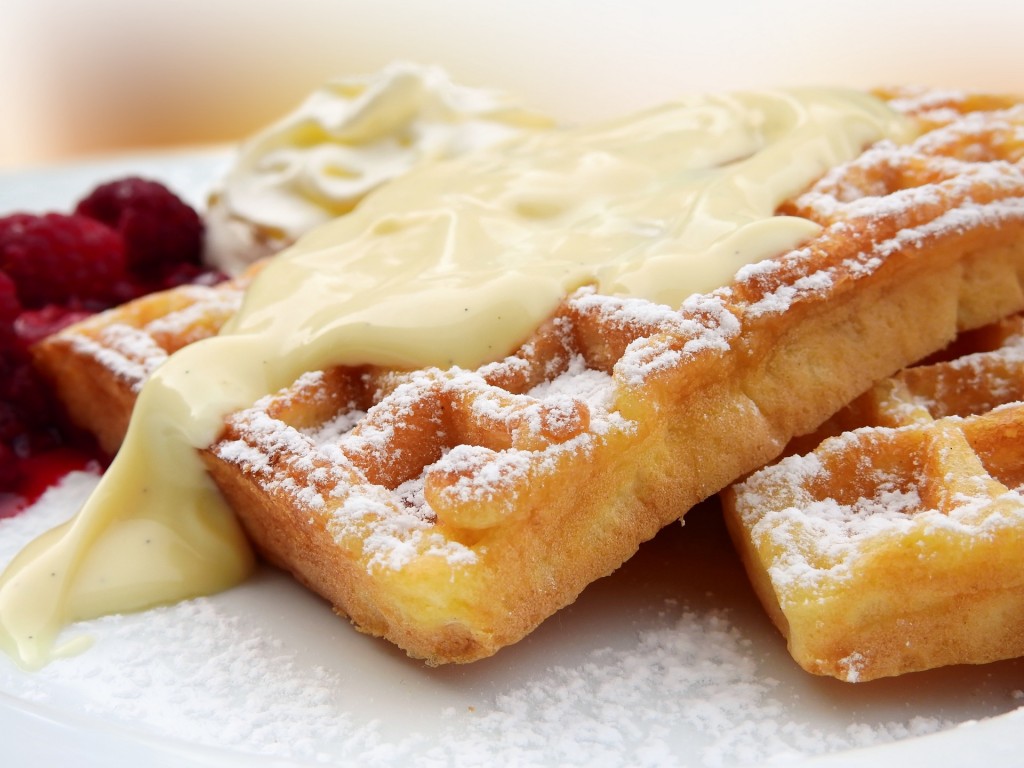 Many people are surprised to learn that during the 18th century, Nantes became France’s largest slave port and that ships from the city transported more than 550,000 black people in captivity to the colonies. This underground memorial is the perfect place to educate yourself on Nantes’ slave trading past. Located on the bank of the Loire River, this memorial was built at sea-level in order to mimic the feeling of being on a ship. It details the history of transatlantic slavery across the world, as well as slave songs and famous quotes from figures such as Martin Luther King. 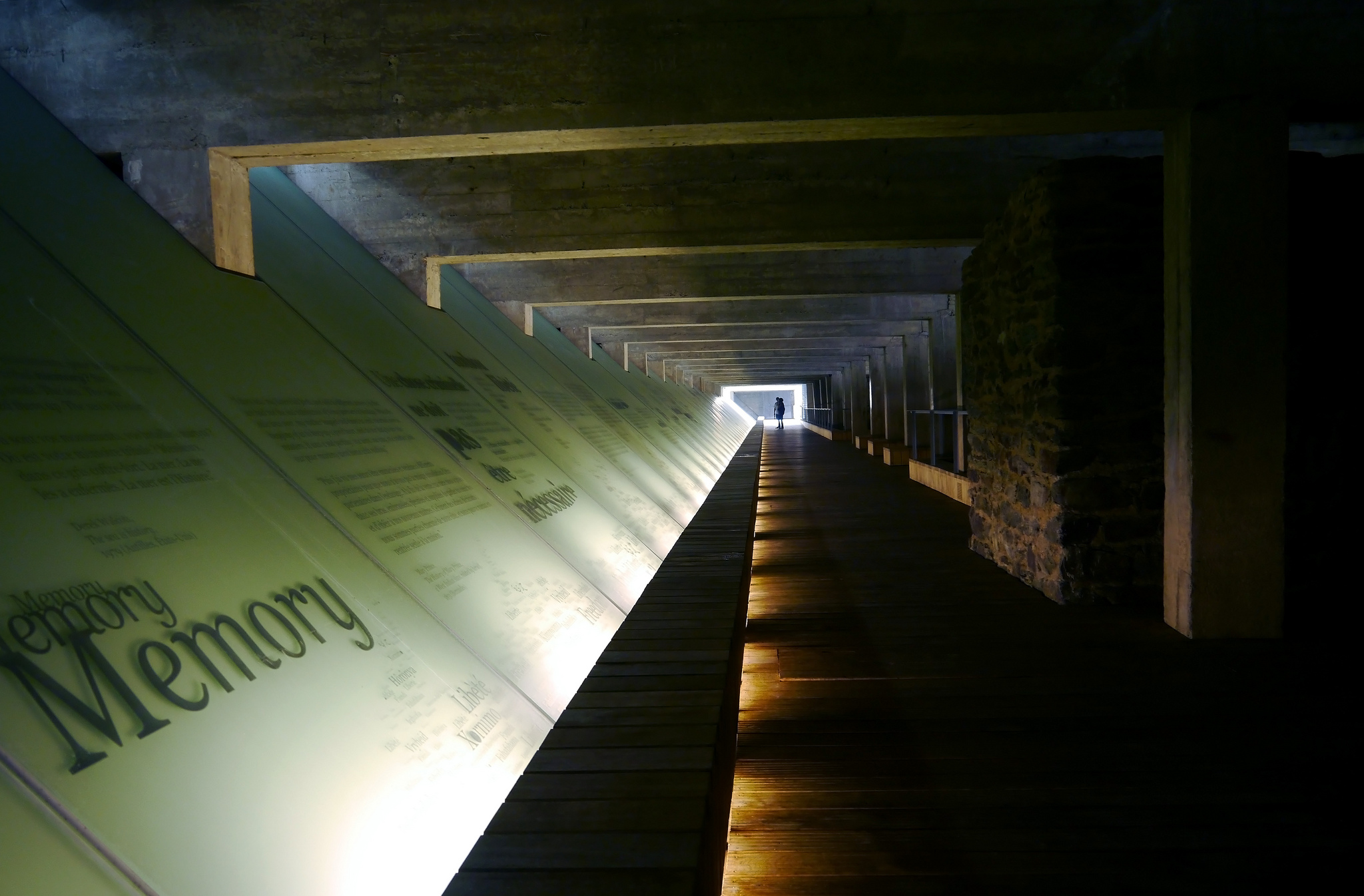 Go to the Soirée Polyglotte at La Maison Café

If you’re studying in Nantes, then it can be assumed that you would like to brush up on your French-speaking skills. If this is the case, the Soirée Polyglotte is the event for you. It is held every few weeks and is the perfect opportunity for students to come together and chat in different European languages. Though it has been hosted at many bars in Nantes, it is most frequently held at the eccentric La Maison Café. This concept bar is designed to look like a 1970s retro-style house, with each room pretending to be a different room in a house.

Take the ferry over to Trentemoult for a lazy afternoon

If you are in possession of a monthly Nantes tram pass, then you can take the ferry for free from Gare Maritime in Nantes to Trentemoult for a lazy sunny afternoon. Trentemoult was once a small fishing village, but now it plays hosts to a variety of restaurants, cafés and bars and is the perfect place for a pleasant stroll with friends. Without a doubt, its most charming feature are the brightly-coloured fisherman’s houses and red-tiled roofs. Be sure to grab a drink on the bank of the river and watch the world pass you by. 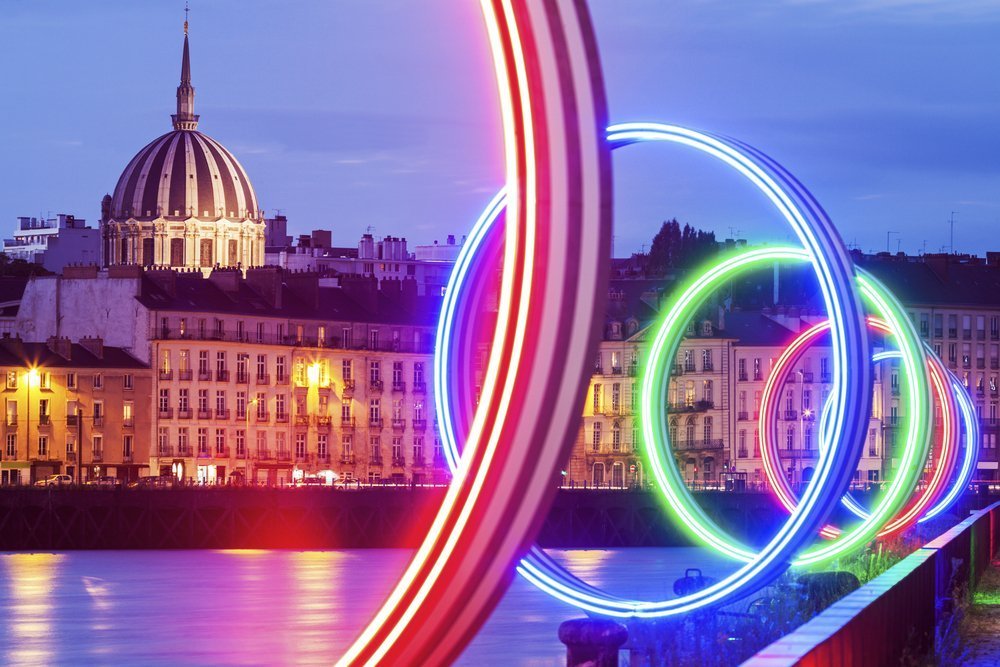