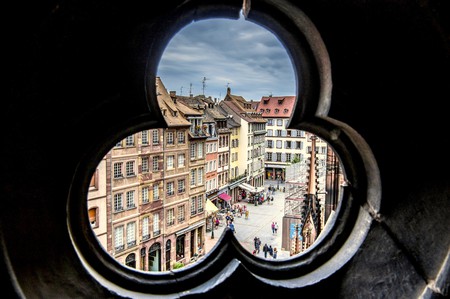 Strasbourg is famous for its wonderful monuments and cultural sites, and rightly so. The list of must-see attractions doesn’t stop there though, and is more surprising than you may first expect. Follow us as we go beyond Petite France, the Cathedral, and the museums to explore off-the-beaten-track attractions to add a touch of excitement to your visit.

The chateau-museum of Voudou right in the heart of Strasbourg is home to most important private collection of West-African voodoo artefacts in the world. The museum takes visitors on a journey across three centuries of tribal art, while at the same time surprising and delighting them with amazing and astonishing discoveries and details such as the fact that Voodoo is still practised across the world by millions of people, including some in the very centre of Strasbourg. 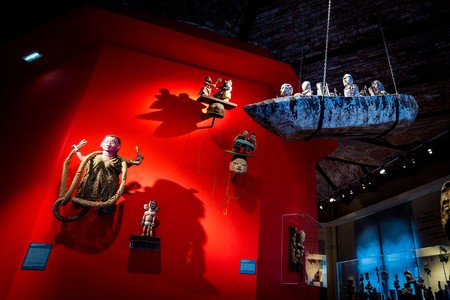 The stork ,or cigognes blanche, is the symbol of Alsace. They may be occasionally spotted nesting on top of rooftops or chimneys in the city, and are seen as a bearer of good fortune and fertility. They are also a prevalent image in Alsace trinkets, from key-rings and snow globes. The species, however, was recently under threat of extinction until a conservation programme successfully reintroduced a healthy population. Taking a stroll at the beautiful Parc de l’Orangerie north-west of the historical centre, you can see a colony of storks either flying above, perched in their nests, or communicating with the distinctive clacking of their long beaks. 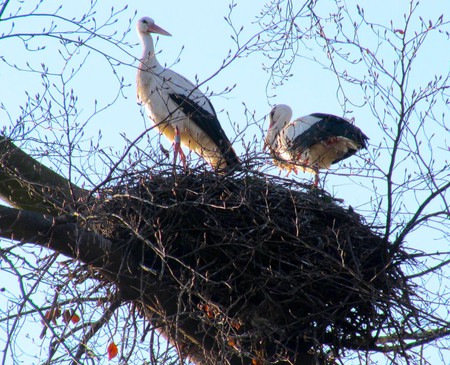 With an amazing mechanism developed by a team of mathematicians and artists in 1842, the Strasbourg Cathedral astronomical clock doesn’t just gives time and date, it also points with jaw-dropping accuracy to the current phase of the moon, planetary position and even the star sign. Every day at thirty minutes past noon, visitors flock to watch the automated figures perform a procession, with the apostles walking before Jesus. The different ages of life are represented with a child, a teenager, an adult and an old man, who all parade past Death armed with her sickle, and all this to the sound of beating wings and a rooster crowing. In front of the clock is a monumental Pillar of Angels representing the Last Judgment. 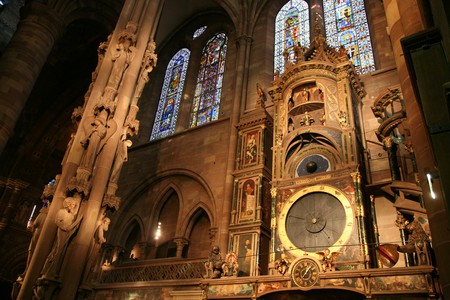 The wine cellar in the medieval basements of the city’s hospital was founded in 1395. In those days, payment for medical services was made in kind, and over the centuries patients donated from surrounding vineyards in exchange for quality medical care. The cellar today has been converted into a museum and is also a working winery where select wines are stored in oak barrels for maturing. One of the huge barrels is still filled with the vintage wine from the year 1472. This extraordinary wine, one of the oldest wines in the world, has only been served three times – to toast a Swiss delegation in 1576, at the renovation of the city Hospital in 1716, and for General LeClerc on the liberation of Strasbourg in 1944. 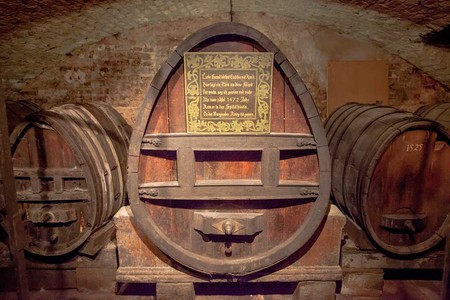 A Garden on Two Countries

You are never far from a beautiful park in Strasbourg, and the latest addition is just magnifique. In a highly symbolic display of Franco-German friendship, Strasbourg and the German town of Kehl on the other side of the Rhine, developed in 2004 the Jardin des Deux Rives, a garden spanning the two banks of the river across over 60 hectares. The two shores, once an impassable chasm between two warring nations, are now linked by a footbridge popular with casual hikers and picnickers. Residents and tourists alike can spend a lovely time in communion with nature, and on the German side a viewing perch offers a spectacular view over Strasbourg, the Vosges and the Black Forest. 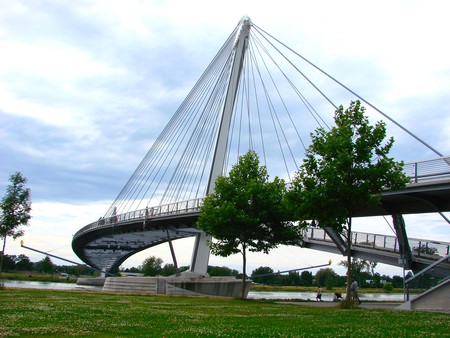