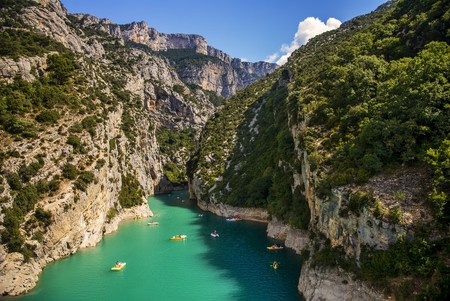 France has some wonderful natural wonders across a wide spectrum of landscapes. You can climb through glacial hills, discover hidden waterfalls or take a cable car to the top of a mountain. They might be super hard to get to, but these places are well worth the effort.

High up in the Pyrenees mountains you’ll find the Cirque de Gavernie. It’s a natural bowl in a valley formed by successive movements of glaciers. It has waterfalls around the edges that tumble down into streams. Start in the village of Gavernie and it’s about a two or three-hour walk, depending on your speed and how far you want to go. 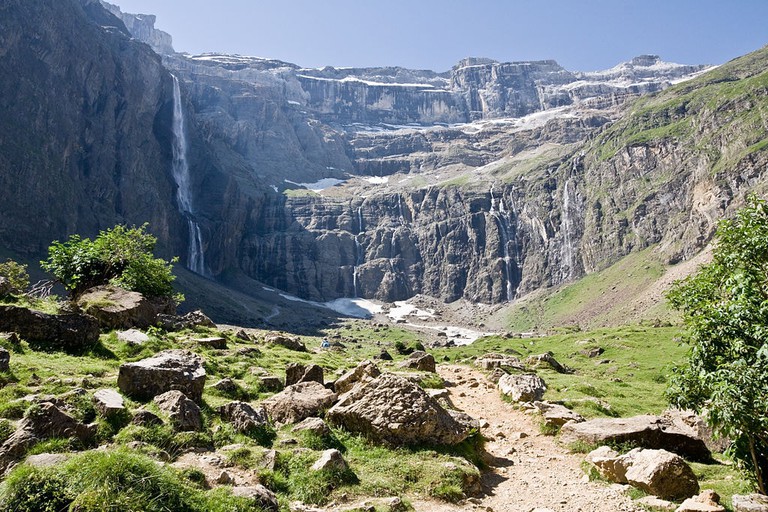 The Gorges du Verdon is France’s answer to America’s Grand Canyon. It’s a river canyon where people can rock climb, kayak down the rapids or just hire a pedalo. The part where it meets the Lake (Sainte-Croix) gets busier (but even then, it is so big that it can take a lot of daytrippers). For a little more privacy, head inland or take the hair-raising drive around the rim. 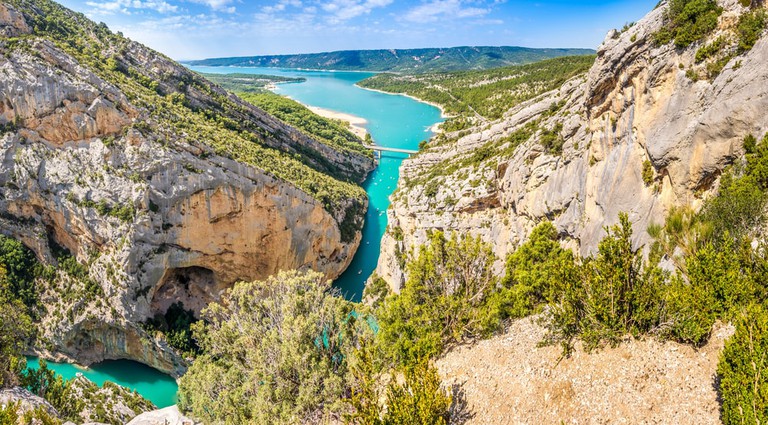 Technically, Èze is not difficult to get to because it’s a town on the French Riviera and full of people, particularly in the summer. The thing that separates this town from others is the roads that lead to it. Many movies have been filmed along these roads (think James Bond or the Transporter) because of their windy, precarious and beautiful nature. From Nice, the road winds up and up to the town of Èze, after which it descends down into Monaco. 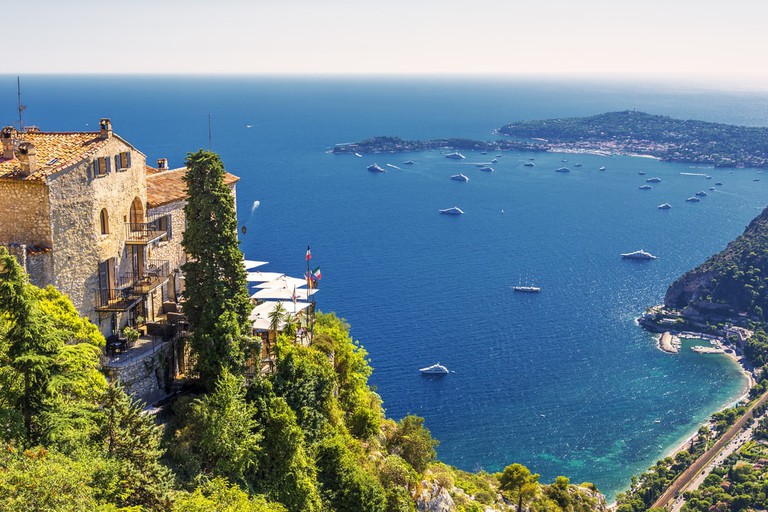 The view over the sea from Èze | © Andreas Jung/Shutterstock

Somewhere is clearly out of the way when you have to take two cable cars to get there. The summit of Pic du Midi is well worth the effort, even if you suffer from vertigo. The Pic du Midi is a mountain in the French Pyrenees most famous for its observatory at the top. In the summer you can actually walk up (you used to be able to drive up but not anymore) and the views are exceptional. There is a Planetarium at the top, a café, an upmarket restaurant and best of all, plenty of deck chairs to take in the sun (wrapped in warm coats and blankets). It’s not cheap to take the cable car but well worth the price. 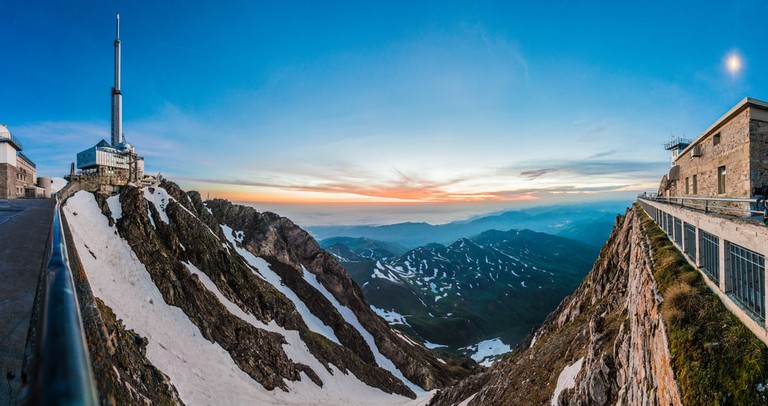 Both World Wars were played out on the battlefields of France and the cemeteries of each country are very sad reminders of the thousands and thousands of people who lost their lives. While they are not difficult to find, they can often be out of the way. For more information on individual cemeteries, you can search the database here. The Australian cemetery (pictured), in the middle of the countryside in northern France, has a central tower commemorating the 10,732 Australian casualties who died in France with no known grave. In World War II, the memorial was used by the French as an observation tower and was heavily damaged by German aircraft — the bullet holes have been left in place. 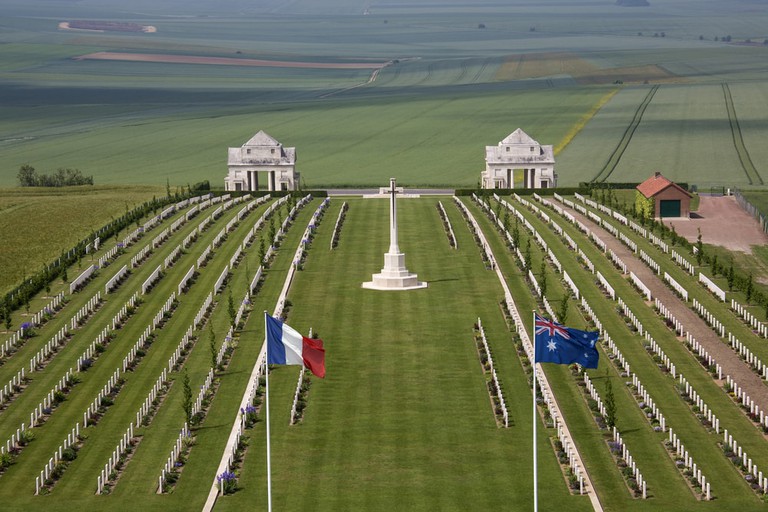 The Australian cemetery from World War I | © Steve Allen/Shutterstock

The Château de Crussol is a 12th century castle in the Rhone Valley. It is now mostly in ruins but the site is breathtaking with panoramic views at the top overlooking Saint-Péray. It can be a bit of a climb up to the top.

The beautiful Monastery de la Verne (which is what it is called locally) was built by Carthusian monks on the side of the hill. It’s big and will take a long time to get around but even more glorious is the road leading to it. Hairpin bends and very narrow roads make for a scary approach, particularly in winter when it gets dark early. Leave enough time to traverse the hills, particularly as it closes at 5pm. 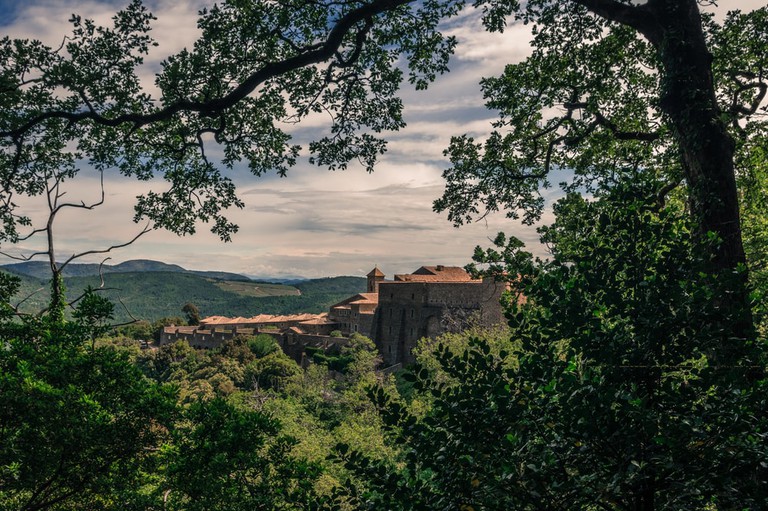 There are a few spectacular places to go wild swimming in southern France and the waterfalls at Sillans-la-Cascade are no exception. Park in the village and follow signs to the waterfall (‘cascade’) and after about 40 minutes of walking through the scrub and forest paths you’ll come to a viewing platform, at which point most people turn around. Locals have been swimming here for years though and many continue down to hang out in the rock pools below. The main one is technically closed but the pools further down are open and well worth the effort. Take a lot of water in the summer and definitely solid, stable footwear. 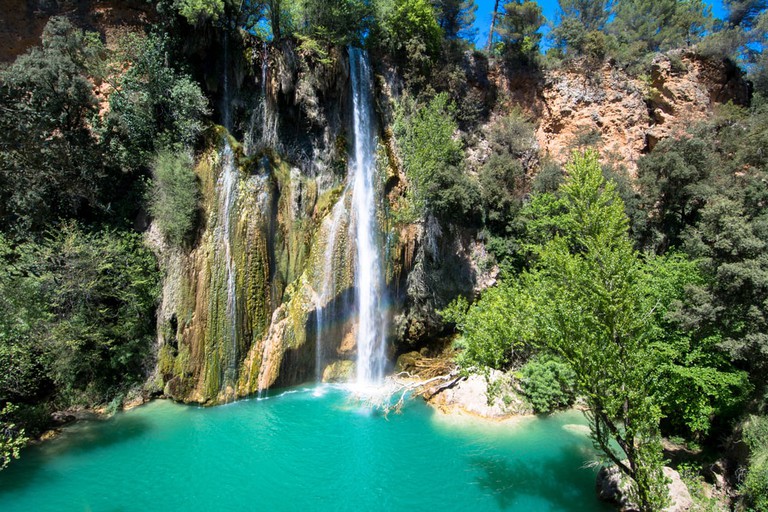 The Calanques are a series of rocky sea inlets which have eroded the coastline surrounding Marseille over the past thousands of years. While they are one of the prizes in Marseille’s tourist crown they are not that easy to reach because access is heavily controlled because of the risk of fire. You will often find Police at the top of each Calanque turning people away (except the locals who are lucky enough to live there). They are often best explored either by boat, with lots of other people, or by hiking in, which is much more effort but offers greater rewards.

This is most definitely hard to get to but that doesn’t deter the hundreds of thousands of people who come here each year. The Dune de Pilat is the tallest sand dune in Europe and a remarkable place. It’s on the Atlantic Ocean but surrounded on one side by an enormous forest and Arcachon Bay, which is also well worth a visit. It is quite literally a wall of sand, which is very steep and hard to climb up. It can get incredibly busy in the summer months but it’s big enough to take everyone. Use the wooden steps to clamber up, find your spot at the top to contemplate life and then be brave and run down the side when you’re ready to leave. It might be a natural wonder but it’s also a lot of fun. 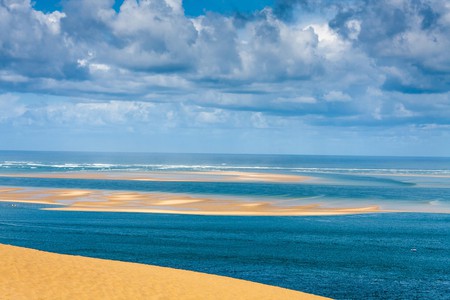 The town of Le Puy-en-Velay is famous for its lentils, lace and its cathedral. Pilgrims have been coming here for centuries to see the many religious buildings. One of the most magnificent — and difficult to reach — is the Chapel of Saint Michel d’Aiguilhe. It was built in the year 969 on top of a volcanic outcrop and you’ll need to climb over 200 steps to reach it.