10 Poets From France To Look Out For 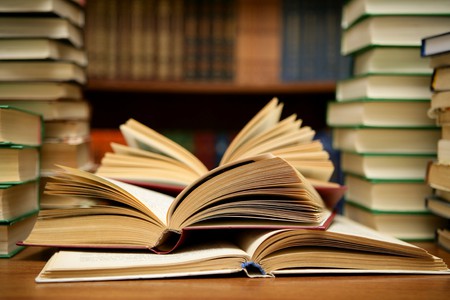 Vive la poésie! New and talented poets are emerging from all over France everyday. This isn’t hard to imagine; the French capital Paris is known as one of the most inspiring places for writers and artists in the world. Here is a comprehensive list of 10 poets we think you should be looking out for.

Author of over 15 books of poetry, Thomas Vinau was born in the southern French city of Toulouse, and now resides in Luberon. Vinau is a proud recipient of many French literary prizes, earning three as recently as in 2015. Vinau’s most critiqued work is a book of poetry entitled, La Part des Nuages, or Part Of Clouds. The novel centers around a man named Joseph and his life with his son. Themes of water, boats, clouds, and the sky are exquisitely represented by Vinau’s beautiful prose. Other notable works by Vinau include: Ici ça va (Everything’s ok here), and Juste après la pluie (After the rain). 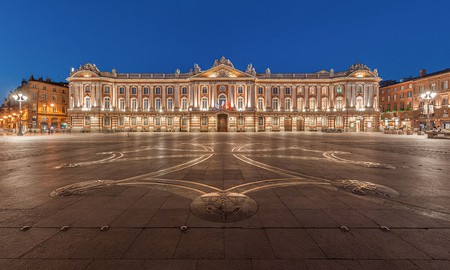 Frédérick Houdaer is an author born in Paris, and now living in Lyon. The author has penned over 60 texts that include novels, short stories, and poetry. In 2001, a dozen of his texts were chosen to be included in the anthology, Les Nouveaux Poètes français (The New French Poets) published by Editions Les Lettres du Temps. Houdaer’s notable works include a three-book series of poetry entitled, Anges Profanes which translates to Profane Angels. Houdaer uses humor and a self-deprecating voice to describe the everyday life as a man who is also a poet. In an interview, Houdaer says he writes to ‘escape the prison’. We invite you to ‘escape the prison’ of repetitive life by checking out Houdaer’s humorous writing.

Known for his poetry readings that more often include playing the guitar with his teeth, it is for this reason that poet Grégoire Damon makes our list of poets to watch out for. Damon says that he began to show an interest in writing at as young as six years old, and has been pursuing the art since then. As he grew older, Damon continued to write and play music. He says in an autobiographical piece, ‘I never really separate literature and music : the first texts I wrote were song lyrics, and it was to advance in the writing of these that I began to read; first poetry, and then novels’. It is in high school that Damon really began to write poetry, without the use of music. He joined a writing workshop and went on to win a writing competition with what he calls a ‘silly sonnet’. Today, Damon pens a blog called Peau de gueule, and has also published a book entitled, La Rue de La Soif. 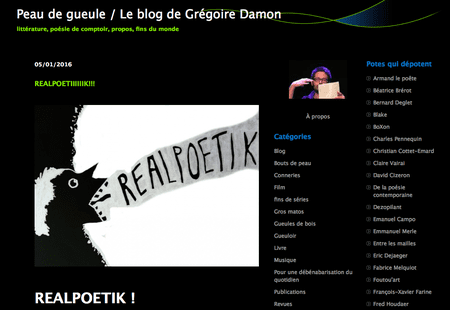 Angèle Paoli began her writing career as author and creator of a digital magazine that reviews and critiques poetry entitled, Terres de Femmes, (Land of Women). Winner of The 2013 Aristotle European Prize for French Poetic Criticism, member of Sarrazine journals Editorial Board, and participant in the Voice of the Mediterranean Poetry Festival, Paoli not only critiques poetry; she successfully writes it as well. Paoli was an Italian and French Literature professor when she decided to found her site. She has penned over 15 published works of poetry, her noteworthy books include Noir écrin and Carnets de Marche. Paoli makes our list because not only is she a talented poet herself, a visit to her site will introduce you to many other notable poets to look out for. 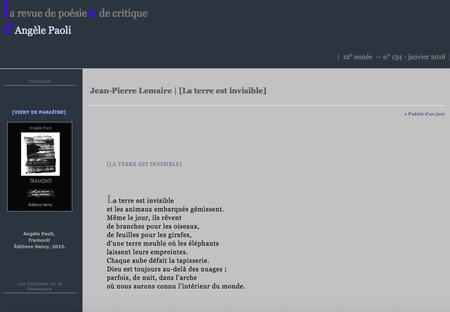 Patrick Dubost has published 15 books of poetry. Dubost sets himself apart from other contemporary poets because his works are best read out loud. His performance style begs the question of whether to call his writings poetry or theater. His work with poetry has led him to other areas of performance art including puppetry and the use of music in his readings. The themes of his writing are often centered on the big metaphysical questions of death, love, the mind, and the body. In addition to these, Dubost also includes themes of time, chaos, complexity and space. Don’t be intimidated by the intensity of these themes, Dubost also includes humor and rhythm in his readings that make them a pleasure to experience. 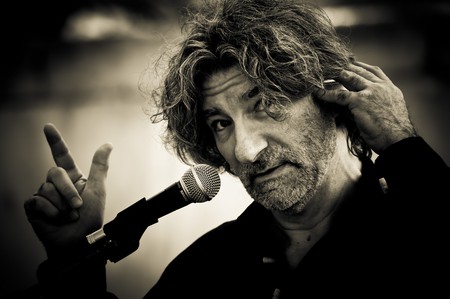 Samantha Barendson is a trilingual poet who lives in Lyon. Barendson is part of a collective of poets called ‘Le syndicat des poètes qui vont mourir un jour’, or The Union of Poets Who Will Die One Day. The goals of this union are to promote spoken poetry, and to make it accessible to all. In 2015, Barendson was awarded the René Leynaud Prize for her novel Le citronnier. The novel is an intimate look at Barendson’s search for her own father, who died when she was just two years old. Barendson describes writing the novel as ‘seeking to fill the empty pages, sudden questions, vague reminiscences, and daydreams’ of her father. The poet enjoys working alongside other poets, painters, illustrators, and photographers, thus explaining her involvement with The Union of Poets. She is also well-known in the poetry community as giving herself completely over to her art when she performs her poetry as spoken word. If you get the chance, we recommend seeing Barendson read her works aloud.

When your mentor is renowned Belgian writer, poet, and painter, Jean-Claude Pirotte, you know you’re doing something right. This is the case for poet Daniel Labedan. Labedan was living in France doing odd-jobs to make a living when Pirotte suggested that he buckle down and dedicate himself to his writing. Pirotte’s advice paid off; Labedan is now the author of five published books, and also runs the literary website Les Etats Civils. His first novel, Mimizan Plage, focuses on the theme of light and summer. Don’t stop there; Lebedan’s other works are just as beautifully and well written as his first. 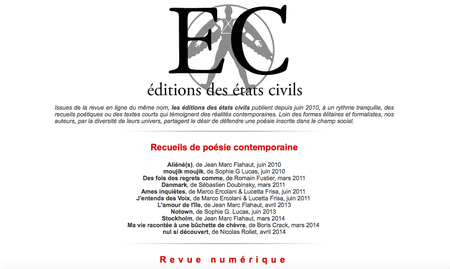 A ‘jack of all trades’ sort, Anne-James Chaton is a poet, a sound artist, and a print maker. He is also the co-director of the Montpellier Sonorités poetry and music festival. Moreover, he has also been the leader in organizing different poetry and music festivals all over France. His work with sounds has enabled him to lecture around France and most of Europe. In addition to all of this, he has been instrumental in the connection of the poetry and music world, developing projects between himself and different European musicians. His works are published as audio discs, bridging the gap between the two art forms.

Charles Pennequin is another poet on our list that wants you to hear his poetry read aloud. His prose is recognized by its speed, fast punctuation, and use of language that comes across as hypnotic when read aloud. In 2012, Pennequin becomes the first recipient of the Zorba’s Award for his collection, Pamphlet contre la mort. The collection is described as, ‘excessive, hypnotic, and exciting, like a sleepless night.’ Like Chatton, Pennequin worked alongside musicians to bring his prose to life. Pennequin is another poet to add to your reading list and, with well over 30 published works, there are plenty to choose from. 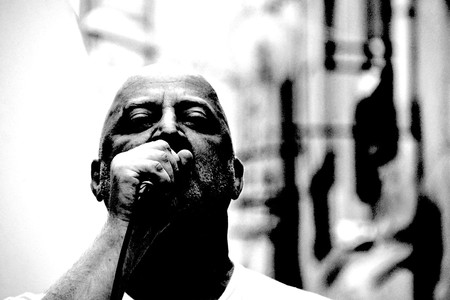 Sylvie Nève is another advocate of live readings of her work. Nève has presented her works at venues such as the Centre Pompidou in Paris, theaters, art school, and museums. Like many of the poets on our list, Nève does not simply read her poetry aloud, her poetry readings are more of a performance. Nève has been writing as early as when she was in high school. French poet Jean-Pierre Bobillot was her teacher, and the two developed a professional relationship and begin to collaborate on many writing projects. A contributor to numerous French literary magazines, Nève has published many works. The poet and her mentor, Bobillot, were featured in 59 out of 80 pages in an issue of the French literary magazine Cheval d’attaque. Notable works include Poème du petit Poucet and Suite en sept sales petits secrets. 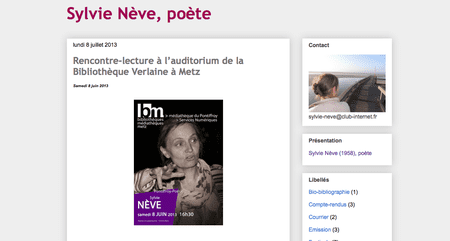