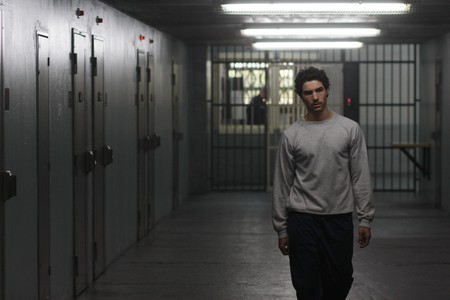 French cinema is renowned for combining the meticulous art of film making with sublime narrative. From smash hits such as Amélie (2001) to great love stories such as Amour (2012), French cinema has something for everyone. Sit back, relax with a glass of wine and kick off your shoes as you enjoy our selection of the best French cinema from 2009–2014.

Jacques Audiard directed the 2009 French film A Prophet and co-wrote with Thomas Bidegain, Abdel Raouf Dafri and Nicolas Peufaillit. Tahar Rahim plays Malik El Djebena, a 19-year-old French-Algerian, who has been given a six-year custodial sentence for assaulting police officers. His youth and illiteracy leaves him vulnerable inside the prison and he associates himself with a violent gaggle of the Corsican mafia, who are at war with a Muslim gang. Malik ends up embroiled in the fracas on the side of the Corsicans. The film explores El Djebena’s conflicted identity as he slowly learns about his Muslim heritage. The film was showered with awards, including nine Césars and the BAFTA for Best Film Not in the English Language.

The winner of the Cannes Grand Prix award in 2010, Of Gods and Men examines religious pluralism and the potential for tension therein. Nine Trappist monks live in the monastery of Tibhirine cheek by jowl with the predominantly Muslim Algerians. The narrative is based on the real-time assassination of seven monks who were killed in 1996 during the Algerian Civil War. The film follows the aftermath of this dramatic event and the strains it places on this once harmonious community. The film is directed by Xavier Beauvois, who also co-wrote the screenplay with Étienne Comar.

The 2011 film The Intouchables is a French comedy with an edge of poignancy that follows the blossoming friendship between an unlikely duo: a quadriplegic millionaire and his ex-criminal caretaker, played by François Cluzet and Omar Sy respectively, with Sy winning the César Award for Best Actor. The story was based on the real relationship that developed between Philippe Pozzo di Borgo and his French-Algerian caretaker.

Black-and-white silent cinema makes a comeback in Michel Hazanavicius’ 2011 romantic drama, The Artist. Set in late 1920s Hollywood, the narrative tracks the relationship between successful silent film star George Valentin (Jean Dujardin) and burgeoning younger actress Peppy Miller (Bérénice Bejo), taking place at the point when films with audio – or the ‘talkies’ – were just taking off. Dujardin and Bejo were widely commended for their virtuoso performances, exemplified by the multitude of awards they received, including the Best Actor Award for Dujardin at the 2011 Cannes Film Festival.

Amour was written and directed by Michael Haneke, and provides a window into the lives of elderly couple Anne and Georges played by Emmanuelle Riva and Jean-Louis Trintignant. Anne tragically succumbs to a debilitating illness and Georges assumes the role of her full-time carer. As the title of the film suggests, the film is about the power of love, its limits and what it drives us to do for one another. Amour was the winner of the Palme d’Or at the 2012 Cannes Film Festival.

The critically acclaimed Blue Is the Warmest Colour explores sexuality and freedom of expression. Directed by Abdellatif Kechiche – who also co-wrote it with Ghalia Lacroix – the film is based on a French graphic novel by Julie Maroh. The film’s protagonist, Adèle, played by Adèle Exarchopoulos, finds her imagination and desires catalysed into rampant activity by blue-haired young artist Emma, portrayed by Léa Seydoux, with whom she falls in love. The film has been lavished with a multitude of awards, including the 2013 Palme d’Or for both the director and the two lead actresses.

Shot by a team of French, Italian and Iranian film-makers, The Past was nominated for the 2013 Palme d’Or at the Cannes Film Festival. The film explores the seismic shifts that can be induced by divorce as families are torn asunder; the Iranian Ahmad, played by Ali Mosaffa, comes back to France to finalise his divorce. Tensions are heightened between his ex-wife and their daughter as a result of a new relationship that the daughter disapproves of. Academy Award-winning Iranian Asghar Farhadi both wrote and directed the film.

Alain Guiraudie’s Stranger by the Lake is a gripping psychological thriller infused with a generous helping of homoeroticism. The tranquillity of the film’s picturesque lakeside setting betrays the true nature of this film: an eerie psychological thriller replete with explicit romantic shenanigans and murderous intrigue. We follow the exploits of the boyish protagonist, Franck, played by Pierre Deladonchamps. The arresting simplicity of the narrative and stunning cinematography make this a must see.

For a generous helping of psychological thriller, feast your eyes on Xavier Dolan’s Tom at the Farm, which was co-written with Michel Marc Bouchard. A young advertising copywriter finds himself embroiled in a perverted game with the family of his recently deceased boyfriend, Guillaume. Xavier Dolan himself stars as the protagonist and the film has been applauded for its sublime cinematography. The film won the FIPRESCI Award at the 2013 Venice International Film Festival.

Written and directed by brothers Jean-Pierre and Luc Dardenne, Belgian-French-Italian drama Two Days, One Night achieves profundity with minimal narrative and a heap of pathos. Marion Cotillard plays Sandra, a woman who faces redundancy from her job following a long leave of absence due to her depression. The premise of the film is simple: she must convince her erstwhile co-workers to vote for her to stay rather than take a large bonus. The film adeptly explores the ways in which the strains of a capitalist society can alienate individuals from their fellow beings.