The greatest books, whether factual or fiction, poetry or prose, are those that stay with us long after reading them. The ones that shift our consciousness and rejig the way we look at the world around us, making us think or feel differently after reading them. Any selection of books to change the way you look at the world is hopelessly subjective, but here are ten from my shelves to explore. 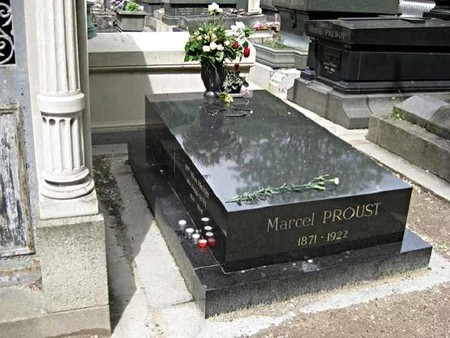 Dead at fifty, Marcel Proust spent much of the latter part of his life cooped up inside a cork-lined room in an apartment on the Boulevard Haussmann in Paris, his tender constitution protected against harmful dust and draughts. There he wrote the seven volumes of his novel A la Recherché du Temps Perdu. If you’ve tried to read Proust, you might have struggled through the first fifty pages that describe the simple act of going to sleep. But that’s the point of Proust; he’s a maximalist, devoted to the belief that to truly appreciate life and the richness of human experience one must take one’s time. Hence, his serpentine, digressive, labyrinthine sentences that capture seemingly mundane details of life. Love, sex, art, friendship, happiness, suffering — every facet of life is explored. You’ll even find works devoted to the view that Proust can change your life. 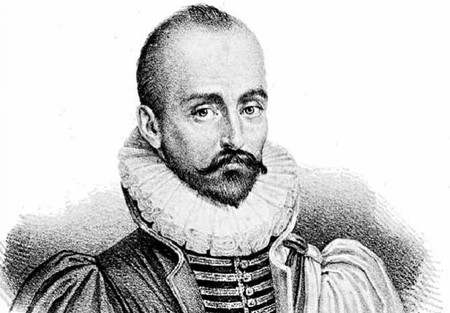 Proust was a big fan, so too Shakespeare and Gore Vidal. Michel de Montaigne lived in France in the 16th century, the age of religious wars and massacres, the time of the discovery of the New World and new societies, and new knowledge of Greek literature and the Copernican Revolution. In this age of flux, the Bordelais magistrate retired from public life to ponder God, nature and the limits of human knowledge. His essays were first published in 1580, on subjects with titles like ‘On Vanity,’ ‘On Thumbs,’ ‘On Cruelty,’ ‘On Fear,’ ‘On the Cannibals,’ and the great ‘On Experience.’ His central question is Que-sais je? What do I know? Mixing the wisdom of the ancients with his own experience, Montaigne is sometimes stoic, sometimes epicurean, and very skeptical of any claims to certainty. 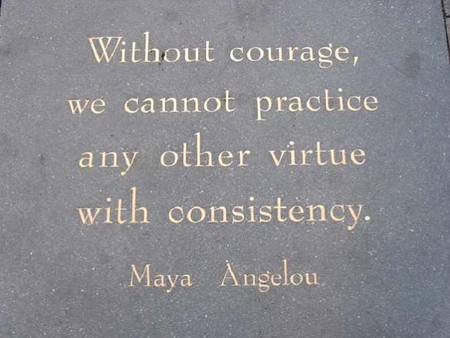 Maya Angelou, I Know Why The Caged Bird Sings

The first of seven volumes of a semi-autobiography, I Know Why The Caged Bird Sings is the life story of Maya Angelou from the ages of 3 up until 16, from her time in the Deep South in the Depression era to graduating in California. It takes in problems of racism, misogyny, and rampant prejudice and counters them with the power of literature, books and the human spirit to overcome trauma. The young Maya is confronted with racist white neighbors, the all-powerful Ku Klux Klan, in Stamps, Arkansas and is raped as a child by her mother’s lover. An inferiority complex instilled in her due to her race and gender is overcome through self-education, as she shows the way to handle ignorance is through dignity and self-improvement. 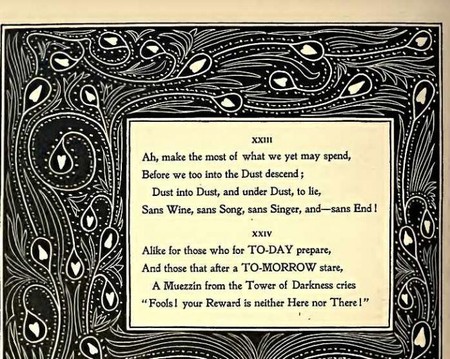 Omar Khayyam was a Renaissance man four centuries before Leonardo da Vinci. Mathematician, astronomer, philosopher and poet, Khayyam lived in Persia from 1048 until 1122. His Rubaiyat, or quatrains, are largely known in the West thanks to the 1859 translation made by Edward Fitzgerald. Curiously in his mathematical and astronomical works, he studied an ordered universe, whilst his poetry reveals a different outlook on life, skeptical and hedonistic. Life is short and full of suffering, finding meaning to life is beyond the ken of man, so enjoy the intoxicating pleasures of wine and love whilst you can, and seize the day before you return to the dust from which you came…

Oh, come with old Khayyam, and leave the Wise

To talk; one thing is certain, that Life flies;

One thing is certain, and the Rest is Lies;

The Flower that once has blown for ever dies. 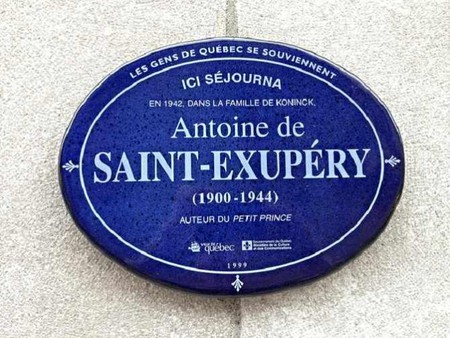 By the time he disappeared during a reconnaissance flight in 1944, Antoine de Saint-Exupéry already had produced a handful of literary masterpieces, including the celebrated novella The Little Prince. Saint-Expuéry was that rarest of things, a man of action as well as a man of letters, a writer of lyrical prose as well as a pioneering aviator and pilot for Aéropostale, flying the treacherous mail routes across the Sahara, over the Atlantic to Chile, and over the Andes in unreliable planes. Wind, Sand and Stars is his account of those years, of the comradeship of the pilots who together fought the elements and their bond between them and their colossal endeavors. He recounts the story of Guillaumet who crashed in the Andes and walked for a week over the mountains to safety, and his own survival when he crashed in the Sahara. 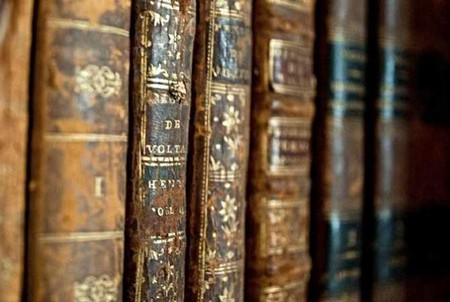 The finest of all philosophical novels, Candide was banned when published in 1759. It’s a lesson in the moral complexities of life, a warning against facile simplifications and complacent philosophizing. Voltaire tells of Candide, born and raised in the household of Baron von Thunder-ten-Tronckh and educated by his tutor Pangloss in the belief that all is for the best in ‘the best of all possible worlds.’ Only his subsequent experience shakes him out of the view that all of the world’s ills are simply part of Nature and the result of divine design. We see Candide booted out of the household for something he didn’t do, his tutor ends up riddled with syphilis, thousands are killed in the earthquake at Lisbon, the Portuguese Inquisition try to burn him to death, and Candide meets the slaves in Suriname who must toil and suffer for the wealth of the Europeans. 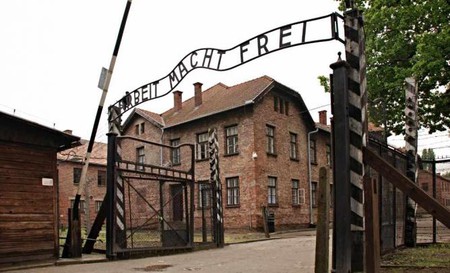 Primo Levi, If This Is a Man

In 1943, the Italian-Jewish Primo Levi was a member of a partisan group. He was picked up by Fascist militia and sent to Auschwitz. He spent 11 months there, one of only 3 of the 125 who entered the camp with him to survive. His account of his time in the camp, printed in America as Survival in Auschwitz, was first published in 1947. Paradoxically, by the end of the account, it can read as a life-affirming tale, a story that emphasizes the importance of living well, to understand and tolerate rather than to persecute. If This is a Man is about man’s capacity to harm others on a mass scale, but also man’s capacity to remain human in the face of inhumanity. Brutality, evil and treachery on one side are matched by the ingenuity and defiance of the camp inmates. 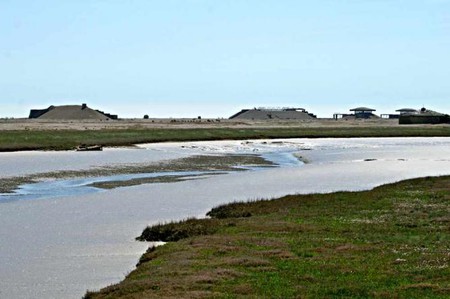 W.G. Sebald, The Rings of Saturn

Winfried Georg Sebald was a Professor of German Literature who spent most of his life working in English universities. In summer 1992, he walked across East Anglia, from Norwich in Norfolk to Orford on the Suffolk coast. His account of that walk, The Rings of Saturn, is a genre-bending, part fiction, part fact virtuoso display of mental travel. Every place encountered prompts contemplation and reflection on philosophy, history, the passing of time, and the inevitability of death and decay. Sebald’s dizzying sphere of reference includes cities vanished beneath the North Sea, the mysticism of Sir Thomas Browne, dying seaside towns, the lost herring fleets of the North Sea, genocide in the Congo and the Jasenovac Concentration Camp, weapons of mass destruction at Orford Ness, 17th-century naval battles and sericulture in the Third Reich. The ordinary world has never been so beguilingly rich in association as in Sebald’s work. 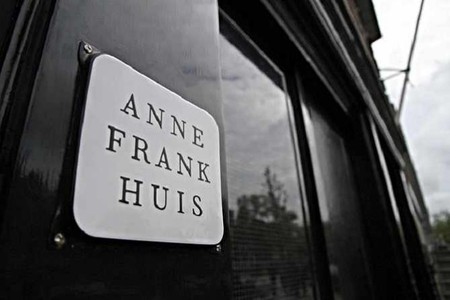 Anne Frank, The Diary of a Young Girl

Preserved by one of her protectors and published in 1947, the diary of Anne Frank covers her life from June 12, 1942 until August 1, 1944. After that, the Frank family, who had fled Frankfurt with the rise of the Nazis in Germany for life in Amsterdam, were betrayed and their hiding place uncovered by the authorities. Knowing, as we do, the final fate of Anne Frank at the Bergen-Belsen concentration camp, makes reading her diary, her account of ordinary family relationships with her sister and mother, her thoughts on life and human nature and her tone of qualified hope for her future, seem impossibly poignant. In a sense, it’s a cathartic experience in the original Greek sense, in that it evokes extreme feelings of pity and forces you to look at the world a little differently afterwards. 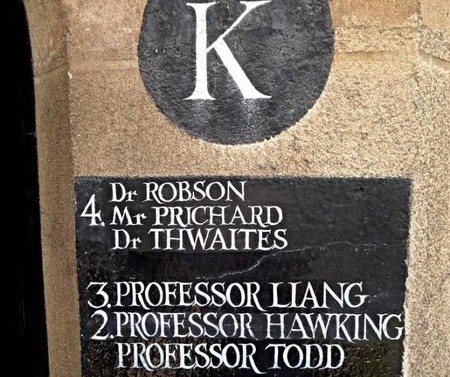 For something a little less terracentric, A Brief History of Time will make your head swim and make mankind and all his endeavors seem rather minor relative to a timescale of hundreds of thousands of years that Hawking considers. Black holes, worm holes, the infiniteness or not of the universe, time travel, imaginary time, quantum physics and the unified theory that will resolve the mysteries of the universe once and for all are all run through by Hawking. When published in 1988, it sold millions of copies worldwide and was hailed as a landmark piece of popular science writing. Not bad for a book Hawking started in the hope of creating something that would help to pay for his daughter’s school fees.