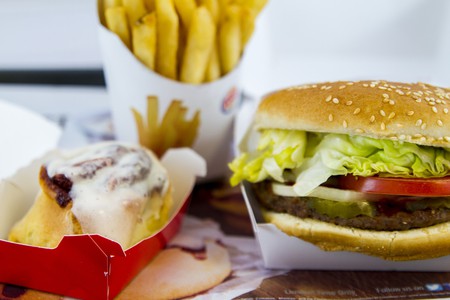 Fast-food chain Burger King has had some unusual items on their menu over the years; from pizza burgers to black buns flavoured with squid ink. But at one branch in Helsinki, Finland, it is not the food that is unique but the restaurant itself. It contains a working Burger King-themed sauna – only steps away from the restaurant tables – that customers can hire out.

Why did Burger King open their own sauna?

The sauna is an integral part of Finnish culture. Two million homes in Finland have their own sauna and most Finns take a sauna at least once a week. It also serves as an important social function by allowing friends, family, and even business colleagues to relax together and talk informally. 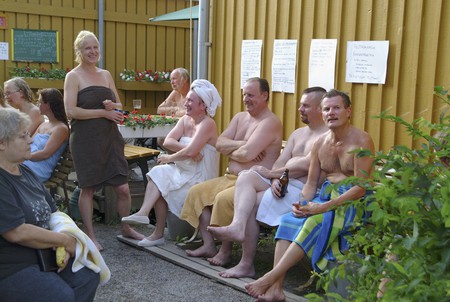 When the American fast-food chain was re-launching in Finland, they noticed that Finns often eat or have a cold drink after a sauna, and sometimes even inside the sauna. One of their Helsinki restaurants already had a sauna in the building left over by the previous tenant. They had the genius idea to makeover the sauna for their restaurant to meet the needs and interests of their Finnish customers. Guests can enjoy it as a novelty dining experience while the restaurant gets to sell more burgers and drinks. 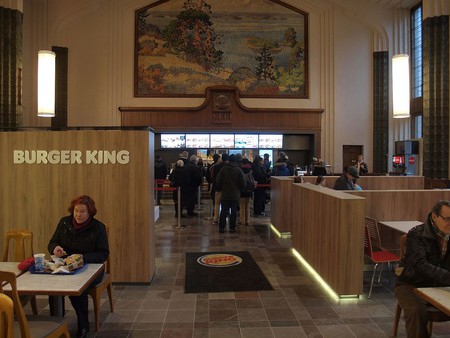 The sauna, designed by celebrity Finnish designer Teuvo Loman, is decorated in the bright red and blue Burger King colour scheme, a big change from the traditional wooden Finnish sauna. The chain’s logo and ‘Home of the Whopper’ slogan is prominently displayed, perhaps to prompt customers to buy more burgers. Even the towels and robes (available to buy for €60 each) have the Burger King logo on them. As an added bit of luxury, the sauna also contains a television screen and a PS4 (adapted for the extreme sauna heat).

Food orders can be taken from within the sauna (thankfully Finnish people aren’t that squeamish about nudity) and eaten inside of it or in the adjacent lounge area. Even beer can be enjoyed in the sauna, it’s normally available at Finnish fast-food restaurants.

A hit in Finland (and beyond)

While it could have easily come across as American capitalists mis-interpreting another nation’s culture, the Burger King sauna has instead been a huge hit with locals and with foreign visitors. Finnish people love fast food and kitsch value and the sauna fits both.

It even won third place in the Euromonitor’s 2016 New Concepts in Foodservice Contest. Munchies reports that the Finnish hockey team celebrated in the Burger King sauna after winning the World Junior Championships, and the restaurant now displays a picture of them posing in the sauna with their trophy. The sauna has also featured on the British travel documentary series ‘Travel Man’, where actors Paul Rudd and Richard Ayoade enjoyed a steam in robes and a paper crown, even partaking in the Finnish tradition of pouring beer on the coals.

If you want to try out the Burger King sauna for yourself, it can be booked online and will cost you €250 for three hours and seats up to ten people. It’s certainly an unusal way to entertain visiting colleagues or friends, or just a chance to say ‘I had a sauna in a Burger King’.