Why Finland Drinks More Coffee Than Any Other Country 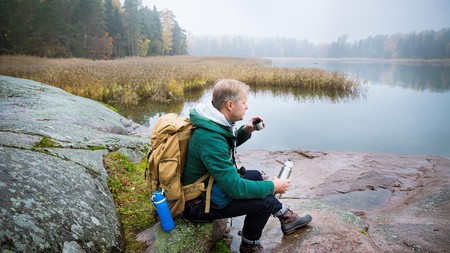 When you think about which European country drinks the most coffee, perhaps Italy springs to mind. But don’t be fooled – it’s actually Finland that tops the list. Per capita, Finnish people consume more coffee than any other nation in the world. Eight or nine cups a day is the norm in this Nordic country, with some locals consuming as many as 30, which isn’t recommended. Read on to discover how Finnish coffee culture came about and where you can enjoy a good cup of joe here.

Why do Finnish people drink so much coffee?

It’s thought the trend came about because of the extreme cold here – temperatures dip as low as -40C (-40F) in northern Finland. This makes a warm Thermos, or coming home to a cup of coffee, inviting. Meanwhile, during the short but hot summers, iced coffee steps in to satiate the cravings for caffeine.

It may seem strange, then, that multinational coffee chains haven’t caught on here; you’ll only find a Starbucks in the capital city of Helsinki and its airport. The simple explanation is they aren’t needed – there are more than enough national chains, indie establishments and even corner shops making pots of coffee. 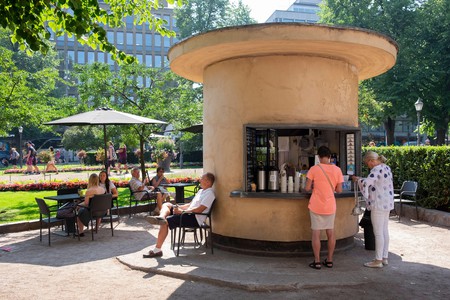 There are more than enough coffee outlets to keep everyone satisfied, despite the lack of Starbucks | © Juergen Hasenkopf / Alamy Stock Photo

Some Finnish people do drink coffee alone, but drinking coffee is considered more of a social activity here. Coffee shops make ideal meeting spots, and coffee is almost always served during a visit to someone else’s home. Even if you drop by a friend’s home unannounced, they will almost always put on a pot for you; it’s considered rude to leave before everyone has finished their drink.

Additionally, coffee is almost always served with cake in Finland. There is even a Finnish word for it, kakkukahvi, which means coffee and cake. A type of sweet bun topped with vanilla icing (known as pulla) is a popular accompaniment. 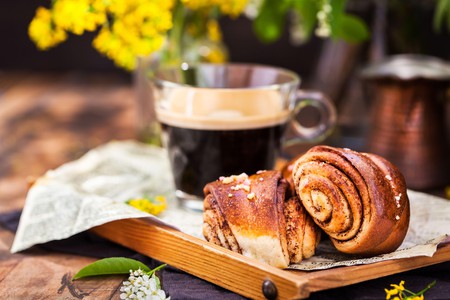 There is even a word in Finnish, kakkukahvi, which means coffee and cake | © Ekaterina Smirnova / Alamy Stock Photo

Where to go for the best coffee in Finland 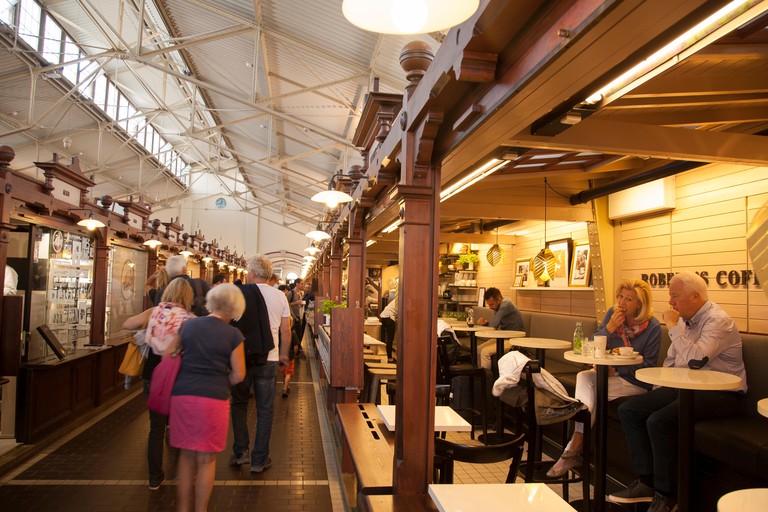 © Kevin George / Alamy Stock Photo
Robert’s Coffee has more than 100 shops across Finland and now even has outlets as far afield as Turkey and Japan. The brand was started by Finnish coffee expert Robert Paulig, who founded a small micro-roastery in Helsinki in 1987. His family has been in the coffee business for six generations and the company is now run by Robert’s two children. Expect freshly roasted house blends, exclusive espresso blends, a vast selection of teas and even handcrafted gelato – try the carrot cake flavour and thank us later.
Open In Google Maps
19 Pohjoisesplanadi, Helsinki, 100, Finland
+358447260008
Visit Website
Give us feedback

If you find yourself in the capital, head straight to the Brooklyn Cafe and Bakery. Founded in Helsinki in 2011 by two sisters from New York, the cafe sells only dark-roast coffee, espresso and their own private label filter coffee, alongside a range of hot chocolates, tea and fresh juices. Arrive hungry and enjoy a home-made bagel, cupcake or brownies while browsing the second-hand books available.

Cafe, Coffee
Facebook
Email
Twitter
Pinterest
Copy link
Share
Map View
In the mood for something a little more refined? Head to T-House in the centre of Jyväskylä, a charming Chinese cafe that serves filter coffee and traditional tea in delicate china cups alongside exquisite cakes and pastries.
Open In Google Maps
10 Vaasankatu, Jyväskylä, 40100, Finland
+358466324942
Visit Website
Give us feedback