The Finnish artist known by the pseudonym Tom of Finland changed the way the public saw the gay community through his bold homoerotic works. Here, we take a closer look at the intriguing character behind these refreshingly unconventional pictures. 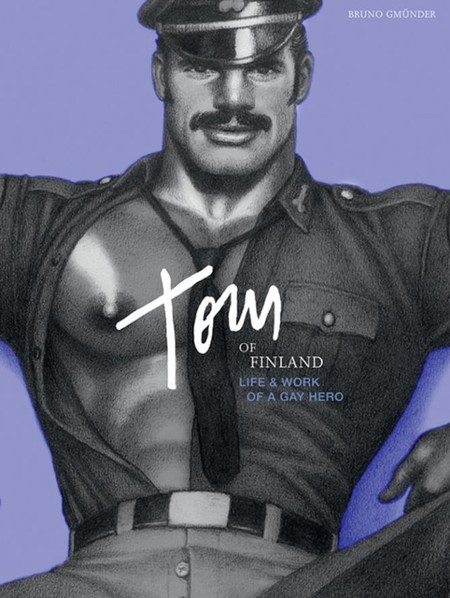 Tom of Finland’s comics are controversial and avant-garde. Born Touko Laaksonen, Tom of Finland was famed for his “no holds barred” portrayal of gay themes. His body of comic strip works is not only celebrated by the gay community; they have also been adopted by the mainstream for advertorial purposes.

Born in Finland, Tom of Finland did not always possess the reputation of the ‘rebellious artist’ that so precedes him today. Finland grew up in a conventional home, raised by two parents that were both school teachers in Kaarina – a small town in the south of Finland. After leaving Kaarina at the age of 19, Finland studied advertising in Helsinki before enrolling in the army and regrettably falling into the clutches of World War II. It was during this period in the armed forces, however, that Tom’s alternative talent was revealed.

After reprising his studies in the mid 1950s, Tom began to intermittently submit sketches and drawings to Physique Pictorial – a magazine for gay men. It was in the spring 1957 issue that his debut images were credited by the pseudonym that was to define him for the entirety of his career: in a collaboration between him and the magazine, “Tom” was chosen for its similarity to Touko, and “of Finland” as a reference of purely geographical formality.

During this turning point, Tom began to establish himself as an artist, and to portray the biker culture that claimed to reject post-conflict conformity. Suddenly, his illustrations morphed into pen and ink embodiments of the hyper-sexualized, ‘beefcake’ genre that had been so popular during the 1930s. 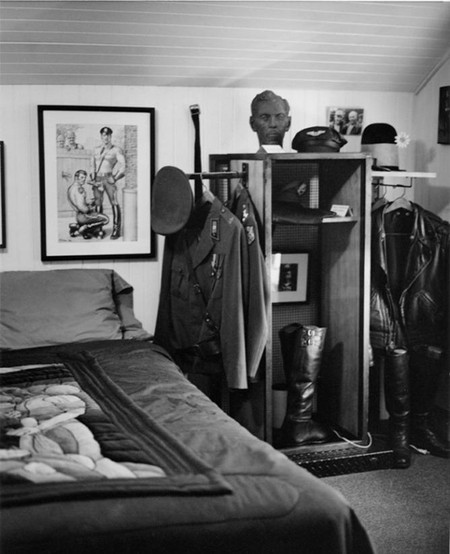 Following a 1962 court case in the United States which ruled that nude male photographs were no longer to be considered an obscenity, Tom’s drawings assumed an increasingly raw and sexual dimension. Given this increased liberality, the beefcake industry waned, and Tom reacted by creating more homoerotic and explicit images to adapt to the changing climate and retain his commercial edge. What followed was the steady carving of the remarkable legacy he was to leave on gay culture; a legacy based upon asserting a romanticized idea of masculine gay imagery previously overlooked.

This exciting approach to homoerotic art was considered revolutionary; gone were the effeminate, weakened images of men pertaining to a gay stereotype, and instead came Tom’s strong, chiseled, hyper-masculine figures. The strong, square jaw-lines, the wry, suggestive grins and the anatomically optimistic bulges, are all common features that make Tom’s work iconic. This idealized portrayal emphasizes power, virility and a brazen, flirtatious energy that confronts residual social taboo.

This idea of a virulent, almost uncontainable masculinity is emphasized further by the violent sexual behavior of some of Tom’s male figures. In his art, sex becomes an act of conquest, evaluated in terms of brutality, which is muted only by the hope of coaxing a sadomasochistic appreciation from the viewer. Fetish culture and sadomasochism is exposed and celebrated in his art; gang-rape, handcuffing, gagging and whipping scenarios are presented without judgement and without any hint of trauma upon the face of the victim. Unlike a large amount of heterosexual pornography, the sexual violence implemented by Tom’s recurrent protagonist, Kake, is received without subjugation and with a burning, vibrant masculinity seemingly assimilated into the very fiber of the victim.

In addition to the sometimes startling violence depicted in his images, Tom’s pejorative representation of women and people of color was controversial. In works such as the 1971 Jack 1: The White Hunter [NSFW link], his arguably insensitive and offensive drawings leave a somewhat distasteful haze over his work. The Jack comics in particular – in which the Caucasian Tarzan-like Jack emerges inevitably victorious in various struggles against black tribesmen and celebrates by copulating with his victims – raise serious ethical concerns about deriving aesthetic satisfaction from a projection of white supremacy. There is, however, solace to be taken from the notion that Tom famously removed himself from political comment and stated that no political, social or cultural subtext were to be read into his images. This, and the racial inclusivity seen in his later illustrations, goes some way to re-establishing racial equilibrium.

Tom of Finland’s gift to gay culture is essentially one of sexual emancipation. For the members of society struggling with the image of gay people previously perpetuated by the media, Tom opened a bold, shiny new door into the ‘club’ of traditional masculinity. He created figureheads of a new masculine gay culture which not only strengthened the fight against social stigma but were considered carefully crafted works of skillful art in themselves.