Why You Should Know About Finland's New Luxury Landmark 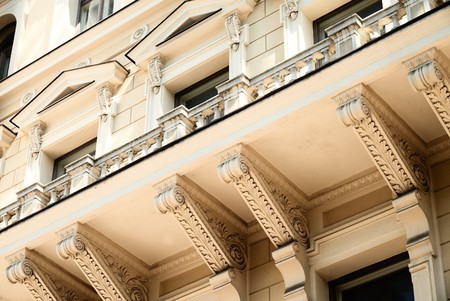 Helsinki is a hidden gem for luxury travellers and culture-lovers, holding such secrets as a private spa island open only to women and spectacular public art projects. But Helsinki’s newest luxury hotel has changed the face of the city’s luxury travel industry almost overnight and is set to become a cultural landmark.

Hotel St George opened in central Helsinki on May 2, 2018, opposite the Old Church Park. The building dates from 1840 and was designed by famous Finnish architect Onni Tarjanne, who also designed the Finnish National Theatre in Helsinki. The building was originally used as a newspaper printing press but later became the headquarters for the Finnish Literature Society. 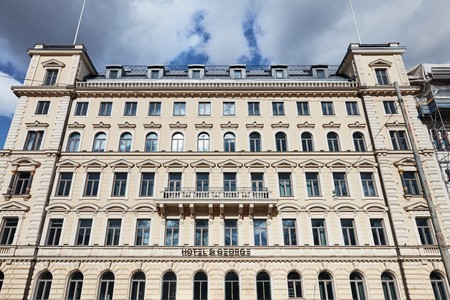 This literary background is key to the hotel’s inspiration. Each of the 153 rooms, plus its lobby area, restaurants and fitness and wellbeing centre have been individually crafted by various Finnish creatives with a Finnish-inspired design. The Finlandia Suite, for example, pays homage to Finland’s recent centenary celebration. 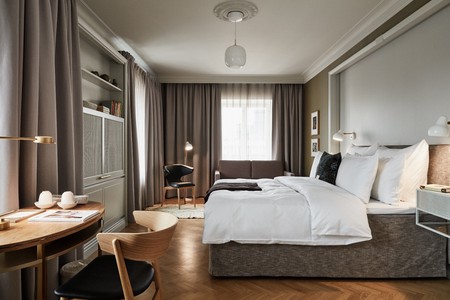 Other major features include the Wintergarden, a glass-roofed courtyard connecting two wings of the hotel, reflecting interior gardens of the 18th century. There is, of course, a Finnish sauna in the spa area – both a traditional sauna and a steam room – plus a cold plunge pool for a luxurious version of the Finnish practice of ice bathing. The hotel even holds the first and only monocle shop in the Nordic countries. 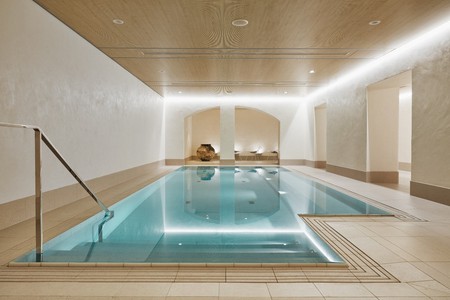 On top of all these finite details, what particularly sets Hotel St George apart from other luxury hotels in the city is that the building is practically an art gallery as well as a hotel. Over 300 pieces of art by both Finnish and international artists are on display throughout the building, some of them a loan from the Finnish National Gallery. The piece-de-resistance of the collection is a dragon sculpture by Chinese artist Ai Weiwei, which stands in the hotel’s entrance gallery for non-residents to see, making it the only work by Weiwei to be on public display. Other notable works include a sculpture by Finnish artist Pekka Jylhä and wallpaper designed by Klaus Haapaniemi. 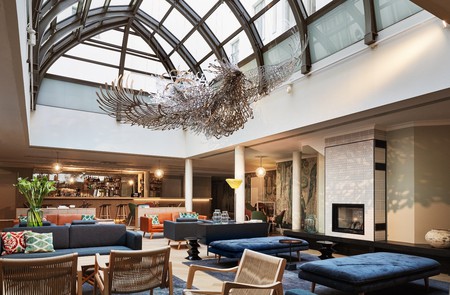 The hotel rooms will most likely be filling up quickly, with prices starting at around €260 per night, with the prices increasing during peak tourist season. But even if you aren’t able to book a room, it’s still worth a visit to the hotel’s public areas to take in the artwork, eat at the restaurants and feel like you have stepped back in time and became a part of Finnish high society.