The Architecture Of Alvar Aalto: A Finnish Icon

Alvar Aalto is a name synonymous with Finnish architecture. A prolific worker, it is estimated that Aalto designed approximately 500 buildings over the course of his 50 year career. All were defined by his guiding design principle of gesamtkunstwerk, whether designed in the style of functionalism during his modernist stage, or in his later monumentalism phase. We examine the work of the iconic Finnish architect and his lasting legacy today. 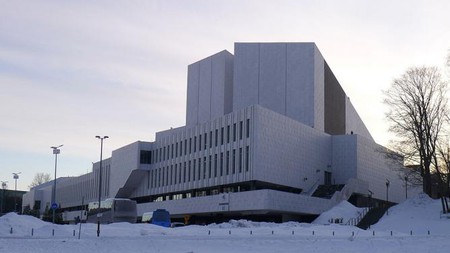 Born in 1898 in the small Finnish town of Kuortane, architect and designer Alvar Aalto is not only one of Finland’s most celebrated and well-known figures, but one of the most acclaimed architects of the 20th century. His work can be recognized by a number of elements. For example, his commitment to designs that create a sense of warmth and humanity as opposed to sheer function, or his dedication to the concept of gesamtkunstwerk, literally meaning “a work of art.” Aalto interpreted gesamtkunstwerk as a necessity in all areas of building design, from the structural to the interior’s finishes and furnishings.

At a young age Alvar Aalto took the first steps towards his architectural career and enrolled at the Helsinki University of Technology in 1916 to study architecture. Though his education was disrupted by the Finnish Civil War, in which he fought alongside his fellow students for independence from the Russian Empire, the talented and determined Aalto returned to his studies with gusto, graduating with distinction in 1921. By 1923 he returned to Jyväskylä, the city in which he lived during the majority of his childhood. There he set up his own architectural firm and shortly after was commissioned to design a number of residential properties. In 1924 he married his assistant Aino Marsio, also an experienced architect, who became integral to his signature style and practice.

It was during the late 1920s that Aalto’s career really began to take off and the style that defined his early career, functionalism, came into being. In 1927 Aalto won a competition to design the Southwestern Finland Agricultural Cooperative Building in Turku, a large, square, multi-purpose structure much more prosaic in comparison to his later works. It was perhaps two years later in 1929, after winning a competition to design the Paimio Tuberculosis Sanatorium, that Aalto’s signature design ethos came into play.

Completed in 1932, and built in a style at a crossroads between functionalism and modernism, the Paimio Sanatorium – a long, curving building – is thought by many to be one of Aalto’s most significant designs of his early career. His plans for the sanatorium were guided by his idea that a building and its interior should complete its original function while incorporating a sense of warmth and humility. Thus, the Paimio Sanatorium featured accessible sun terraces on each floor, and bedrooms designed specifically around the patients’ needs to create this homeliness. This was something quite rare among his contemporaries – “He designed warm and curving buildings that were unlike the mechanistic, coolly geometrical, abstract designs of his European peers,” as Jonathan Glancey of The Guardian said of Aalto’s unique approach. 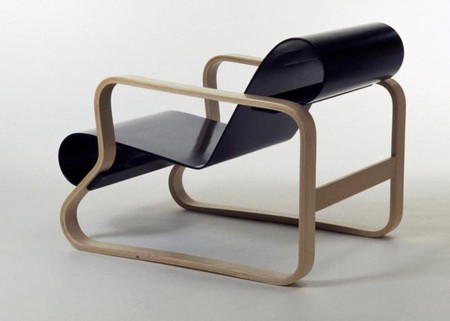 It was during the design of the sanatorium that Aalto’s career came into fruition. With comfort in mind, he created the Paimio Chair for the sanatorium patients. However it was the design of the chair rather than its functionality that helped propel him to prominence throughout Europe and which made it a modern Finnish staple. In 1935 Aalto and his wife formed Artek, a furniture design company that is still in operation today and produces and sells the Paimio Chair. Given his prolificacy as an architect, its perhaps ironic that it was the Paimio Chair which helped establish his defining design principle of gesamtkunstwerk. 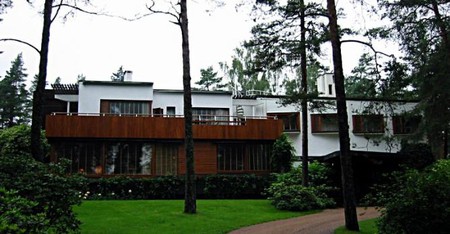 Located in the small, rural village of Noormarkku in western Finland, Villa Mairea provided Aalto with the perfect backdrop to experiment. “As it is placed in such a mesmerizing natural environment, Aalto used this to his advantage and designed with the intention of blurring the lines between being inside or outdoors,” said Megan Sveiven, writer at Arch Daily. Thus Villa Mairea features design elements such as wooden columns inside the property which reflect the forest of birch trees outside the building, while a sauna with a turf-covered roof progresses into an elevated outdoor grassy walkway. 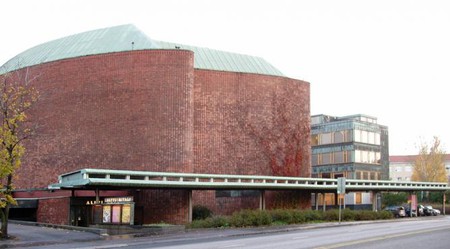 Aalto’s success increased exponentially and internationally in the 1940s. He became a visiting professor at the prestigious Massachusetts Institute Of Technology, where he also designed the Baker House student dormitory. By the 1950s, Aalto was a fully established and respected artist in his own right and was contracted to design several prominent buildings in his homeland. For example, the Kulttuuritalo – or House of Culture – in Helsinki, which is known for its iconic red brick undulating form. During the 1950s and 1960s, Aalto received critical acclaim from his peers and was awarded the Royal Gold Medal by the Royal Institute Of British Architects in 1957 as well as the esteemed Gold Medal from the American Institute Of Architects in 1963.

In the last decade of his life, Aalto was still as prolific an architect as ever, contracted to build significant buildings including Helsinki’s Finlandia Hall, a monumental structure that dominates the skyline of the Finnish capital’s Töölönlahti Bay. Completed in 1971, the building features Aalto’s signature undulating curves and trademark concern for gesamtkunstwerk. Interior design elements such as white marble creates synergy with the Hall’s striking white façade. Though he died in 1976, Aalto’s work – both architectural and design – has left a lasting legacy today. Twelve years after his death in 1988, his design for the Aalto Theatre in Essen, Germany, originally conceived in 1959, was finally realized, and the furniture design company he established, Artek, still sells many of his designs today.

Alvar Aalto, icon of Finnish architecture, contributed many aspects to modern and postmodern architecture, though his most significant contribution and achievement is most likely his practice of gesamtkunstwerk. His practice of gesamtkunstwerk refined his ability to conceptualize a building as an organic whole; create structures that are both functional and human and connected at all levels; and most of all construct structures that have stood the test of time and are still revered long after his death.