Finland’s capital city Helsinki is home to a varied and exciting contemporary arts community. While some of the city’s galleries exhibit works of art by international artists, Helsinki is geared towards promoting its own home-grown talents, making it the perfect destination for art lovers looking to learn more about Finnish contemporary art. Here are ten of the best independent galleries and exhibition spaces Helsinki has to offer. 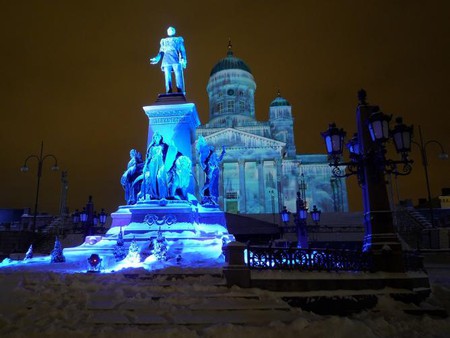 Run by founder and director Kaj Forsblom and his son Frej, Galerie Forsblom was established in 1977 and was the first contemporary art space to open in Finland. It moved to its current premises in central Helsinki in 2011. Featuring two exhibition spaces with around 20 exhibitions a year, Forsblom showcases a mixture of works by international contemporary artists and established and up-and-coming Finnish creatives. Artists that Galerie Forsblom has exhibited in the past include Scottish Finland-based visual artist Charles Sandison, who creates installations by projecting computer generated videos and won Finland’s highly regarded Ars Fennica Art Award in 2010, and acclaimed Helsinki-based sculpture and installation artist Kaarina Kaikkonen, who has represented her country at several international art fairs including the 2010 Liverpool Biennial.

Established in 2012, Helsinki Contemporary was created following a re-fashioning of the popular Gallery Kalhama and Piippo Contemporary, complete with a new name and new artistic direction. Helsinki Contemporary focuses on collaborating with both established artists and emerging talents whose artwork demonstrates a discourse between the society in which it inhabits and the spaces in which it is presented. In its first year of operation under its new name, the gallery exhibited artists including Finnish painter Maiju Salmenkivi and her chaotically colorful canvasses and Ville Löppönen’s beautiful yet brooding paintings which combine pop culture references with high art traditions. With one finger always on the pulse of the contemporary art scene, Helsinki Contemporary is a must-see for any art enthusiast in the city. 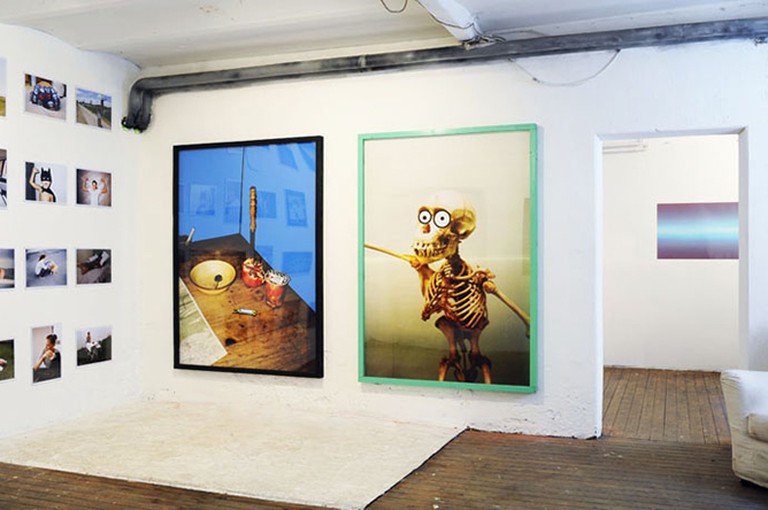 Installation view of Bookies exhibition with artwork by Linus Bill, Myymala2, 2012A | Courtesy Gallery & Artist
Focusing on exhibiting and boosting the profile of both well-known mid-career artists and promising, young Finnish talents, Galleria Heino was founded in 2002 and is overseen by director Rauli Heino. Based in the heart of Helsinki, the gallery presents a range of group shows and solo exhibitions in many contemporary mediums including painting, drawing, sculpture, and the moving image. It regularly takes part in renowned art fairs across the world to further its artists. Recently exhibited artists include Tampere-based photographer Marja Pirilä, whose work is included in the collections of the Finnish Museum of Photography and who employs a camera obscura to project natural outdoor scenes onto interior spaces to create her stunning images, and Helsinki-based painter and cartoonist Bo Haglund who creates abstract and eerily apocalyptic canvasses.
Open In Google Maps
9 A 1 Erottajankatu, Helsinki, 130, Finland
+3589672678
Visit Website
Visit Facebook page
Give us feedback

Founded in 2000, Galleria Ama originally called the neighboring city of Turku its home before it moved to a larger and more flexible space in the center of Helsinki in 2007. The gallery focuses mainly on contemporary Finnish painters but also exhibits artists who work with photography, installation, and sculpture. It has also been known to introduce artists from outside Finland, as far afield as Australia, to the country’s contemporary art scene. Among the artists currently represented by Galleria Ama are the Finnish talents Thomas Nyqvist, who paints darkly melancholic urban landscapes and was a candidate for the Ars Fennica Art Award in 2003, and sculptor Kaisaleena Halinen, who was a 2013 William Thuring Prize winner, which is awarded to accomplished mid-career artists by the Finnish Art Society.