Fascinating Facts to Know About Finland's Most Endangered Language 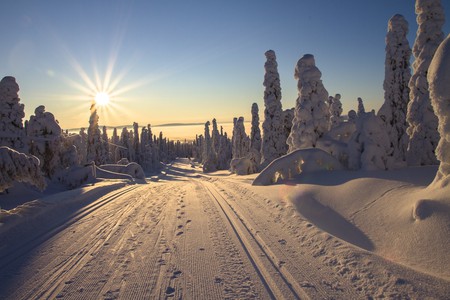 The indigenous Sámi people of Lapland have been living in northern Finland since the Stone Age. Even today, they are well known for their nomadic lifestyle and for farming Finland’s world-famous reindeer. Despite many tumultuous periods in Finnish history, and discrimination against them that still exists to a degree today, they have been able to preserve their culture and language into the modern day. Here are some fascinating facts about one of Europe’s rarest languages.

Like the Sámi people themselves, the language traces its roots back to the end of the last Ice Age, around 4,000 to 5,000 BC. Since then, it has developed as part of the Finno-Ugric language group (which also includes modern-day Finnish) and is the most northerly and westerly language in the group.

Despite its distant origins, the written form of Sámi is surprisingly recent, dating back only to around the beginning of the 19th century. Before then, both the language and folk tales were passed down by oral tradition. After the written language developed, these songs and stories were able to be spread further and preserved for future generations. 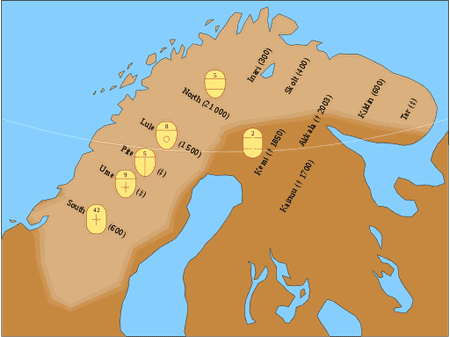 While the Sámi are considered a single ethnic group, there are actually nine separate Sámi languages that have survived into the modern day. However, each of these languages are similar enough that neighbours speaking different forms can generally understand each other with no problems. The most common Sámi languages spoken in Finland are Northern Sámi (around 1,400 speakers), Skolt (700 speakers) and Inari (300 speakers). 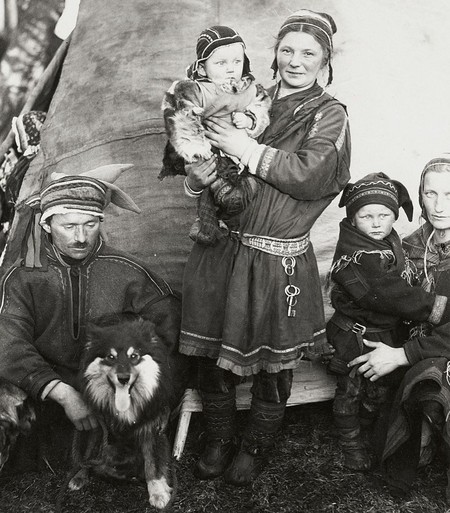 A language in danger?

It is difficult to record accurately the number of Sámi speakers in Finland, as many are still semi-nomadic and are free to travel across international borders. The best estimate comes to around 2,400 total Sámi speakers in Finland out of a population of 5.5 million. This isn’t high enough for Sámi to be considered an official language of Finland or the European Union, although it is considered a minority language. These low figures mean that all of the Sámi languages are endangered. The Akkala Sámi language of Russia became extinct in 2003 after the death of the last known speaker, while others have only a few dozen speakers and will likely die out within the next generation. Sámi parents generally speak Finnish to their children at home to help them integrate into society better.

These figures may seem grim, but thanks to improved living conditions and healthcare, there are actually more Sámi speakers alive today than at any other time in history. 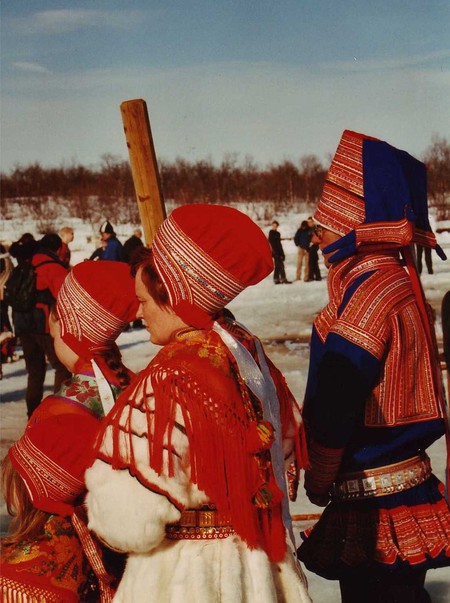 Like all languages, Sámi has some loan words to and from its neighbouring languages, particularly the northern Finnish dialect. The grammar rules also work in much the same way as they do in Finnish, such as the use of suffixes to change the meaning of a word. Many Sámi loan words into Finnish are based upon nature, or the Sámi practices of hunting and reindeer breeding. 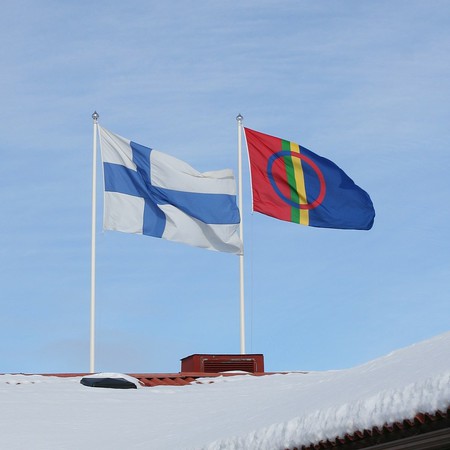 At least one Sámi loan word has made its way into the English language. The word duottar, meaning ‘bare mountain’ became tundar in the Eastern dialect, tunturi in Finnish, and tundra in Russian, is how the word ‘tundra’ came to be used in English.

Months of the year

One further similarity that Sámi has to Finnish is that all the names of the months contain the word for moon, mánnu. These names are highly descriptive: March is njukčamánnu, ‘month of the whooper swan’, May is miessemánnu, ‘month of the reindeer fawn’, October is golggotmánnu, ‘month of the exhausted reindeer’ and December is juovlamánnu, meaning ‘Christmas month’. 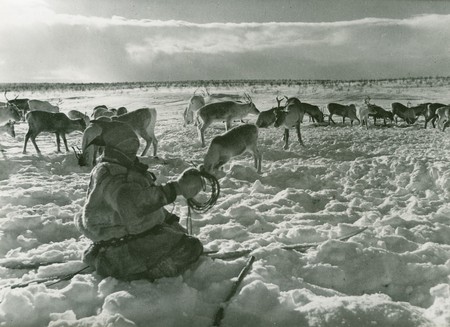 Since the Sámi live in a landscape that is covered by snow for up to seven months of the year, their language contains many words for different types of snow. Borga is snow that is whipped up by the wind to resemble rising smoke, čiegar is snow piled up by reindeer when they scratch at trees in search of lichen, jassa is permanent snow on mountain peaks and šalka is tightly packed snow that is easy to walk on.

One major way in which the Sámi people preserve their language and culture is through the creation of media, particularly literature, in their own language. So far, three Sámi authors have been nominated for the Nordic Council Literature Prize, the most prestigious literary award in the Nordics. Sámi author Nils Aslak Valkeapää, who grew up on the Swedish–Finnish border, won the award in 1991 with his novel The Sun, My Father, which explores Sámi history and culture. There are also a few literary awards that are given specifically for Sámi literature.

Keeping the language alive further, there are several Sámi radio stations, theatres and newspapers, which serve both to keep the language alive and to bring news to the most remote of Sámi settlements. There have also been a few films produced in the Sámi language, or at least containing it. The most notable set in Finnish Lapland is The Cuckoo, a World War II film about Soviet and Finnish forces stranded in Lapland.

Teaching the Sámi language in schools has been controversial for a long time, even in majority Sámi-speaking areas. Christian missionaries who formed the first schools in Finland during the 18th century thought that the Sámi were heathens, and encouraged them to convert to Christianity and speak only in Finnish. However, this has been changing over the past several decades. Some schools, such as the Sami Education Institute in Inari, offer a bilingual education in Finnish and Sámi, while other school programmes are beginning to teach Sámi as a second language. This will hopefully increase the number of Sámi speakers, provide greater appreciation of the culture and prevent the language from dying out completely. 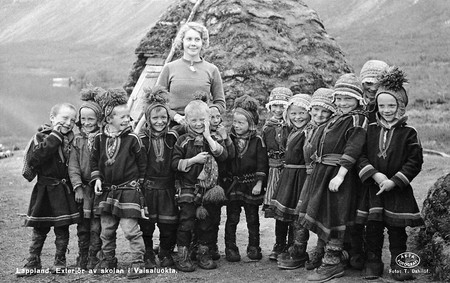