10 Things You Should Never Eat or Drink in Finland 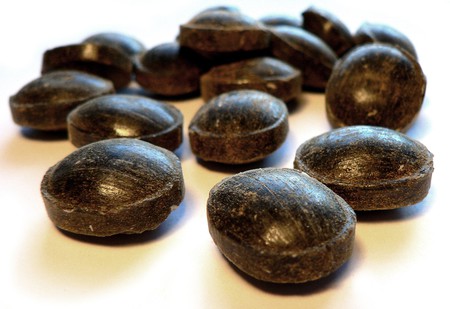 Finnish cuisine is known for being simple but delicious and sourced straight from nature. In Finland, you can try everything from moose casserole to star-shaped pastries with plum jam. But Finnish food isn’t always looked upon favourably. There are many types of Finnish food and beverages that might seem strange and weird to foreigners and sometimes even dangerous to eat. Even famed TV chef Gordon Ramsey once admitted to hating the traditional Finnish foods he was served on a TV show. These are some Finnish food and drink that visitors should only try with caution.

Probably the most famous of Finland’s unusual foods is salmiakki licorice, which is flavored with ammonia chloride that makes it taste salty. In Finland, it is so popular that it is used in everything from sweets to alcohol. But like Marmite, it is a highly acquired taste and can only really be enjoyed if you have been eating it since childhood. Otherwise, it will just taste disgusting. 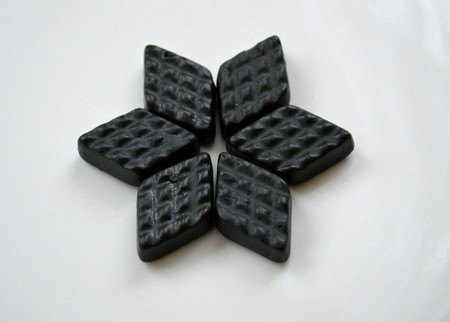 A traditional Finnish Easter dish made from rye flour and sweetened with molasses and usually eaten with milk or cream. Most Finns find mämmi to be a highly nostalgic taste as it reminds them of what their grandmothers would serve them on Easter breaks. But like salmiakki, it has an acquired taste that might not be appreciated by foreigners or tourists. In fact, when Gordon Ramsey tried the dish, he thought it tasted like wallpaper paste. 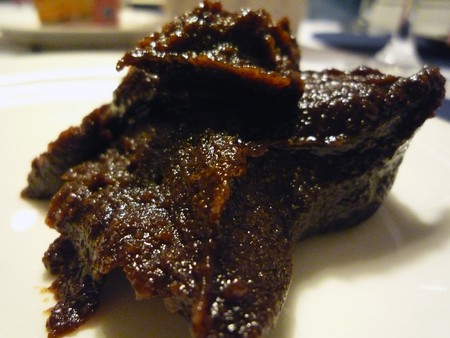 Finland is well-known for its delicious pastries, which come in a range of sweet and savoury flavours. However, if you want to try some, then you should always buy them from a bakery or street vendor and not from a supermarket. This is because mass-produced pastries are of lesser quality and are often incredibly dry and tasteless. Some Finns argued the reason why Gordon Ramsey mocked the Finnish food he was served was because he was given frozen store-bought pastries. 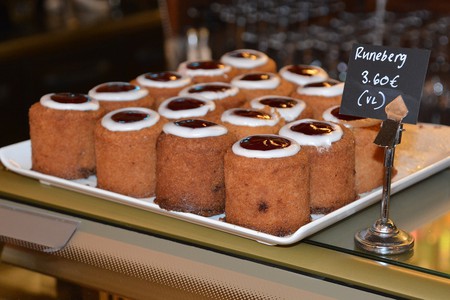 Another Finnish favourite – which foreigners just can’t wrap their heads around is tar. It is used in all kinds of foods and confections in Finland, including sweets, ice cream, and barbeque flavouring. Bear in mind that it’s not the same type of tar that is used to pave roads or make cigarettes, and it tastes more like toffee or maple syrup. The taste isn’t quite as strong as salmiakki since it is more smoky than salty, but it is still odd enough that visitors tend to avoid it.

Black sausage is a type of blood sausage, similar to British black pudding, which is made from pig’s blood. It is a staple dish of Tampere and can be found at many street kiosks in the city. It is recognised by its deep black colour and traditionally eaten with lingonberry jam but it could still turn away those with sensitive stomachs. 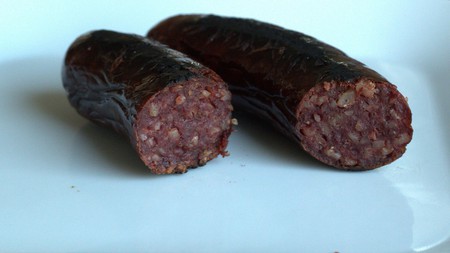 A Finnish black sausage cut in half. | © Joonas Suominen / WikiCommons 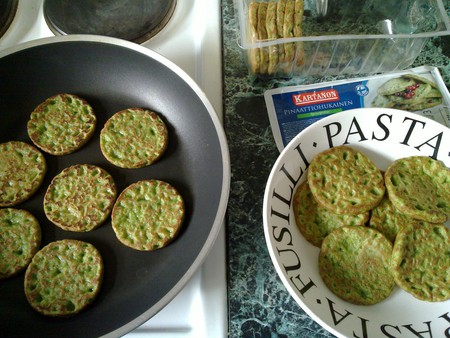 Store-bought spinach pancakes being heated on a pan.

You can find many refreshing cocktails in Finland but be careful not to accidentally order a Koskenkorva Viina. It is a combination of an incredibly strong Finnish vodka and Tyrkisk peber candies, and sometimes with salmiakki. It is best drunk only by those who enjoy exotic cocktails and can hold their liquor.

If you’re not a fan of salty licorice you might not be able to embrace Tyrkisk peber (pronounced ‘Turkish pepper’) properly as they are probably the worst offenders for terrible Finnish sweets. They are a type of salmiakki sweet but with a much stronger taste, flavored with spices such as pepper or chili to make them hot and sour and with a terrible aftertaste.

Picking and eating wild mushrooms is a common summertime activity in Finland but be careful if you find a mushroom that looks like a wrinkled brain. These are called false morel mushrooms, and while they are rare and can sell for a lot of money, they are also toxic if eaten in large amounts, and it is impossible to tell just how toxic each individual mushroom is. Finland is one of the only European countries where it is legal to sell false morels, but only with warnings on the packaging. Eat only at your own risk. 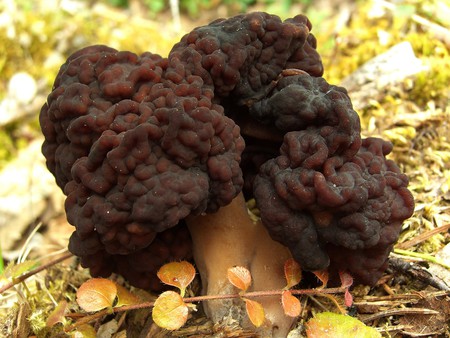 If blood sausage sounds strange to you, you won’t want to try mykyrokka or blood dumpling soup. This dish is from the Savo region of central Finland and amongst the ingredients are dumplings made from blood. It is actually an old recipe, which is also called ‘butcher’s soup’ since it was made from various cuts of meat when farm animals were butchered. However, the blood dumplings are still not that appetizing to those who aren’t familiar with them. 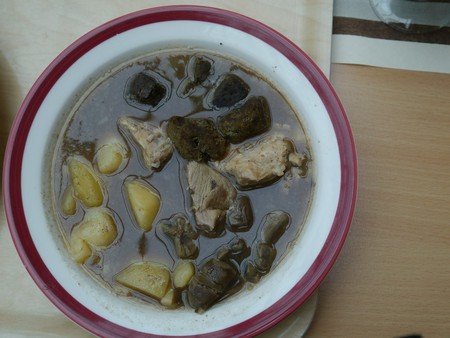 A bowl of blood dumpling soup. | © Juha Kämäräinen / WikiCommons
Give us feedback