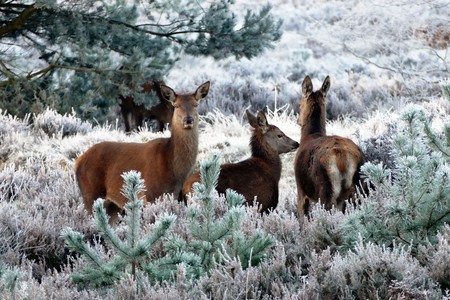 Reindeer in the snow | Pixabay

Almost entirely covered in untouched forests, tundra, and lakes and with strong wildlife protection laws in place, Finland is full of rare and beautiful animal and bird species. These are just a few of the most beloved, and some that aren’t quite as well known:

Found only at Lake Saimaa, hence the name, this is the rarest species of seal in the world, with only 360 left alive in the wild at the last count, due to threats from climate change and human habitation. Strict protection measures, such as fishing restrictions, have resulted in their numbers slowly growing since the 1950s, with 86 new pups recorded in 2016. It is tempting to go looking for the seals as they are the only animal found solely in Finland, but this isn’t recommended as it could potentially disturb them. But if you’re lucky, you may spot their distinctly marked fur in Lake Saimaa.

While they can be a menace and dangerous at times to remote populations, it hasn’t stopped brown bears from becoming the national animal of Finland and an important part of national identity and heritage. In ancient times, Finns believed that bears were simultaneously related to humans and divine beings. Whenever a bear was killed, there was a week-long celebration to honour it and its skull was hung atop a fir tree as it was believed that it would summon the bear’s soul from heaven. Some of these bear cults still exist today. 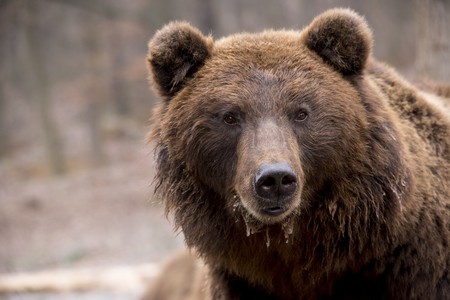 The majority of people coming to Finland hope to see or visit the reindeer. Even outside of their association with Christmas and Santa, they are beautiful animals and still play an integral role in the lives of the native Sami people. A large part of their income comes from reindeer herding. The meat sustains them during the long Lapland winters and the skins are a particularly good insulator against the cold. If one of their herd is killed by a predator, the government will pay to replace it, a measure put in place to protect other endangered species. 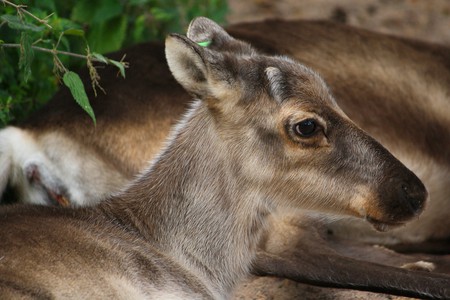 Wolves have somewhat of a bad reputation in Finland as they can be a threat to children and pets in remote communities, as well as to the reindeer herders. This is why they are commonly portrayed as wicked creatures in fairy tales and folklore, even though in reality they are shy animals who will avoid humans as much as possible. But this hasn’t prevented the world’s fondness for them, as they are fascinating to observe in captivity. According to the Ranua Zoo, most wolves are found in the Eastern parts of Finland, frequently crossing the border into Russia, and are mainly solitary. 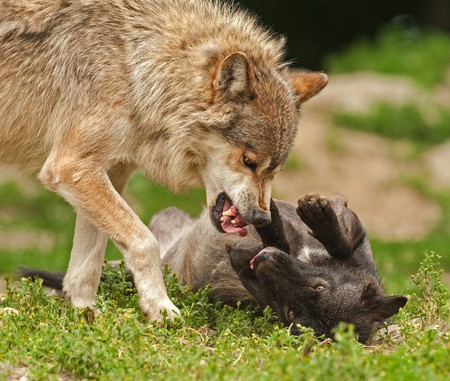 A grey wolf playfighting with its cub / Pexels

This is another much loved species which is sadly endangered due to human habitation and logging, with less than 500 nesting pairs left in the wild. Golden eagles are wanderers but are found mostly in Lapland, hunting on rabbits, grouse, and even reindeer calves. 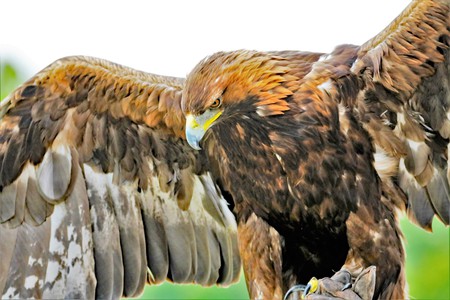 These small, round, and furry rodents are probably most well-known for the myth that they commit suicide by jumping off cliffs, but this was actually made up for a Disney documentary in 1958. The truth is that lemmings gather at the edges of cliffs or lakesides in large numbers due to population booms and are sometimes pushed off accidentally. Thankfully, this means that lemmings can still be seen dashing across highways during their migration period and searching for food even during the cold Lapland winter. 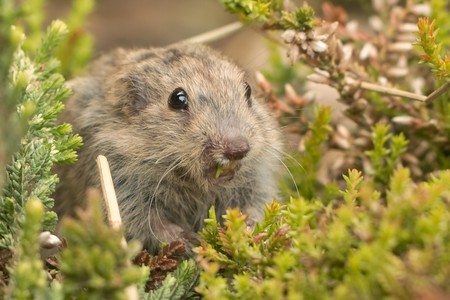 A lemming in a shrub/ Sander Van Der Wel/ Flickr

Also known as a tanuki in Japan, where they were originally bred, these animals are about the size and build of foxes but their colouring closely resembles a raccoon, and they have a similar reputation for raiding rubbish bins. They are commonly bred in Finland for their fur but they live in the forest regions too. You will be lucky to see one in the wild as they are nocturnal animals that hibernate. 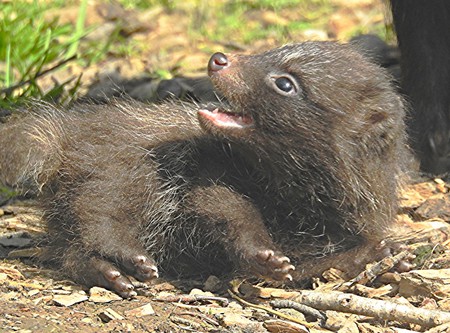 There are many owl species living in the forests of Finland, but perhaps the most striking and distinctive is the snowy owl. Their white plumage and almost completely silent flight makes them difficult to spot in Lapland, where they are most commonly found, but if you listen carefully, you might hear them calling each other. 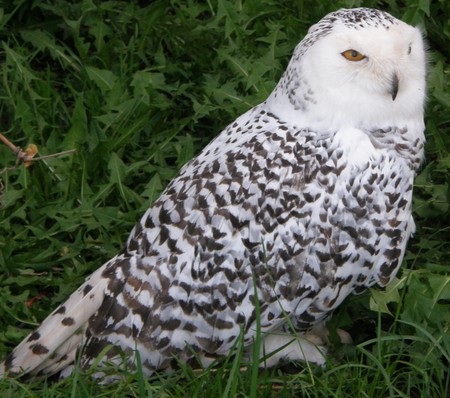 If you are walking in Finland early in the morning and hear a metallic ringing sound, it is probably a woodpecker that has mistaken a lamp post for a tree. You might also see a tree with multiple hollows caused by a woodpecker. The black woodpecker is distinguishable by its black feathers and a red crest on its head. It is one of the few Finnish species which you are more likely to spot in the south rather than the north. 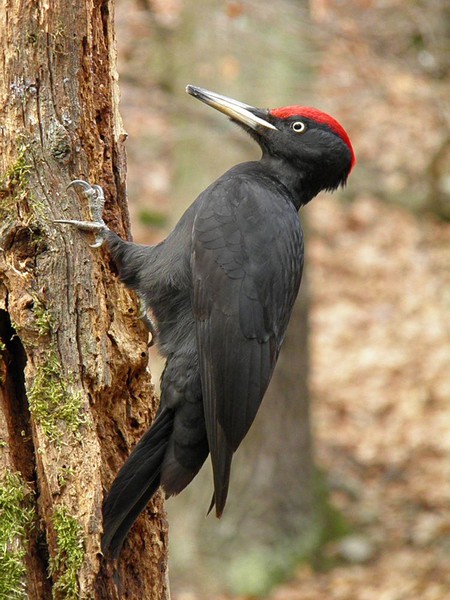 A black woodpecker on a tree/ Woodpecker G/ Flickr

This is another species that is commonly considered a pest by hunting and farming communities as they are known for raiding and being particularly vicious for their relatively small size. They have even been known to hunt moose. But again, this hasn’t stopped them from being admired by many for their beautiful fur and becoming a symbol of perseverance. 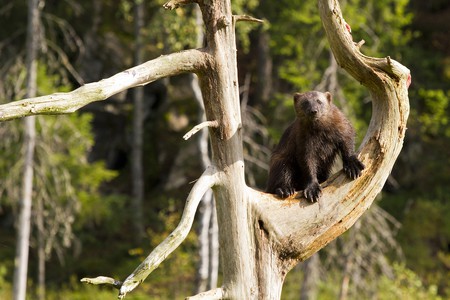 A wolverine in a tree/ Juha Soininen/ freeimages.com

Many of these animals are hard to find in the wild and are being threatened by human activity, but you can see almost all of them in zoos and wildlife parks throughout Finland. If you are quiet, patient, and respectful of the local landscape, there is a good chance you will encounter them in their natural habitat too.