The tumultuous and violent history of Estonia in the 20th Century is reflected in its literature, which has suffered through war, repression and cultural invasion from more dominant powers. However, this literature endured despite these hardships, and Estonian writers helped craft the identity and culture of their finally independent homeland. 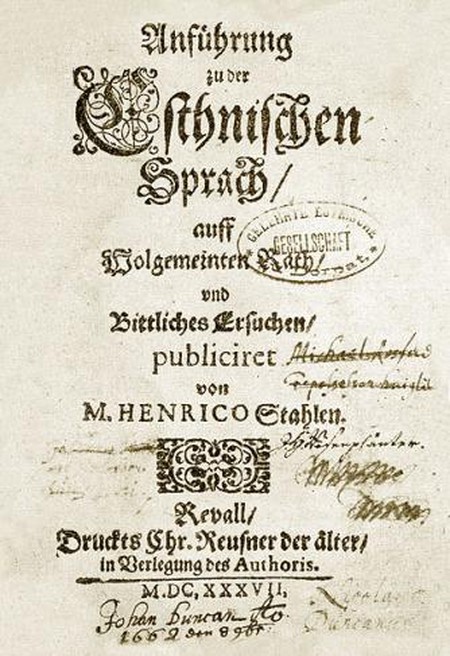 Since the fantastical, national epic Kalevipoeg, written by Friedrich Reinhold Kreutzwald in the 19th century, Estonia has developed a rewarding contemporary literature, in spite of the various troubled periods in their recent history. Two stretches of Soviet subjugation, with a Nazi occupation in between, might be enough to silence even the most determinedly expressive, culturally conscious nation. Considering the national language was made illegal in the Soviet years, as well as the cultural infiltration of Baltic-German and Scandinavian influences, it is evident that the endurance of Estonia’s literary and cultural tradition was a considerable struggle.

Estonian literature was nonetheless richly maintained, despite the encroaching frame of totalitarian dominance. Since regaining independence in the early 1990s Estonia has given rise to a wide array of writers who have continued the Estonian literary tradition, following on from earlier writers like Friedebert Tuglas and Marie Under. This new generation of writers have compelled audiences in Estonia and beyond, in a variety of different ways. Peeter Sauter has provocatively challenged conventions with unflinching realism and Mati Unt has exhibited postmodern, experimental tendencies. Whilst Ene Mihkelson and Kristina Ehin have garnered reputations for their metaphysical and formal examinations of history and tradition. Jaan Kross’s work similarly revises history, mixing fact and fiction and undermining the Soviet legacy with probing commentary, registered through an unequivocally Estonian scope. The relative dearth of accessible and definitive English translations of Estonian literature therefore seems to be an issue that still, urgently, needs redress. Here we provide a primer of sorts; a by no means comprehensive introduction to some of the more significant voices of this unique and expansive literature. 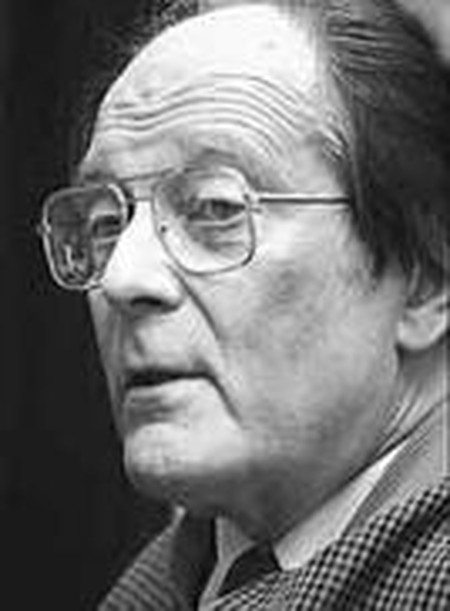 ‘Whoever seeks something more important stays at home’.

Born in pre-Soviet Tallinn, the turbulence of Jaan Kross’ life and literary career reflects Estonia’s path in the modern era. Threatened by conscription into both the Nazi and Soviet forces, he even went to the extreme of ingesting pills which produced thyroid gland swelling. He was eventually coerced into service and was made a German interpreter; however he used his position to secretly send information to Estonian exiles in Finland. He was also active in the ‘Third Way’ resistance movement, but was eventually arrested by the Nazis for ‘nationalist activities’. He spent five months in prison before the Russians returned and ousted the Nazis. They released him but in 1946 he was arrested by the KGB for manufactured reasons, and sent to labour camps in Siberia.

He returned to Tallinn in 1954, after spending eight years in the Gulag camp, and immediately dedicated himself to his writing career. His primary success came with his masterful ‘historical’ novels; Four Monologues on St. George, Between Three Plagues and The Czar’s Madman. These novels as a whole were written with a subtle irony which eluded Russian censorship during the 70s and 80s, despite the veiled commentary which implicitly stressed the importance of keeping the issue of Estonian identity at the forefront of the country’s collective memory, through language and independence.

However this ill-treatment and hardship did not dampen his commitment to writing, or to his country, as his later creation of a profound body of work proves. He had memorized the poetry of those who, unlike him, died in captivity, exhibiting an unlimited compassion for his countrymen and those plagued by Russification, and his suffering prompted a prolific productivity as he translated Shakespeare, Balzac and Kafka’s The Trial into Estonian, whilst he forged his own literary identity.

Kross died in 2007 but he is still situated in the foreground of Estonian literature, and has become a cultural icon in his homeland; to the extent that he even assumed a place in the Estonian parliament where he helped to draft his country’s new constitution in 1992. He was a devoted patriot who is highly and rightfully venerated as the standard bearer for Estonian literature and culture in the 20th century.

‘Poetry is often born of the struggle for a better, more humane society… Poetry played a great role in the liberation of the Estonian people. It is by no means excessive to stress again that poetry is the word made especially free, and therefore has exceptional power.’ 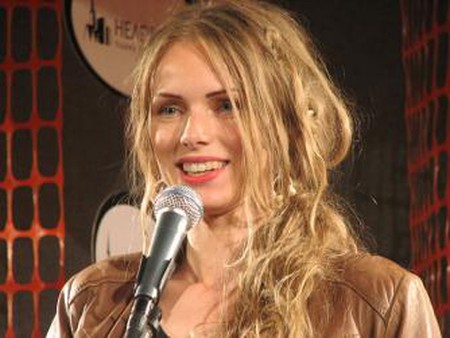 Ehin used a mythical tale in ‘Fire and Water’, part of her short story collection, A Priceless Nest, to propose the reconciliation of Estonia’s cultural past and present, a central theme of her work. Her poetry collection Kaitseala (meaning ‘Protected Area’) was written during her time spent at a nature reserve on an uninhabited island off the North coast of Estonia, and the effect this had is evident throughout much of her work. In Simunapäev (St. Simon’s Day) a similarly quiescent atmosphere is translated into a work of surreal beauty, a serene musing on ineffability and ephemerality: ‘today you don’t wish to chase/images of solitude/not paint silence/not rush breathlessly into the future/the day lingers/and fades away/suddenly even the maps freeze’.

Kristiina Ehin was born in Rapla in 1977 to the renowned poets, Ly Seppel and Andres Ehin. Her work is multi layered, synthesizing Estonia’s folkloric past with its present, deconstructing the modern conception of history. Her postgraduate thesis on ‘Comparative Folklore on Feminist possibilities for the interpretation of Estonian Folk Poetry’, reveals the thematic explorations she contends with in her work; the oral tradition of Estonia which valued spontaneity in song; a cultural pedigree of the people, largely maintained by her ancestral country women.

On the basis of this and much of her work, it’s not hard to see why she is considered one of Estonia’s premier contemporary poets, producing work which manifests the ‘exceptional power’ she asserts is the result of a free national poetry.

Labelled a precocious ‘wunderkind’ as his career took off with Hüvasti, kollane kass (Farewell, Yellow Cat!), written just after he finished Secondary school, Mati Unt went on to study literature and journalism at Tartu University. His principal career was spent in the theatre producing adaptions of the works of Pinter, Goethe, Ibsen, Chekhov and Beckett, however, he was also an essayist and revered prose writer. His second novel The Debt flouted the convention of the didactic model proposed by socialist realism. The protagonist does not exhibit a heroically tragic flaw, but a very real, very primal one. He is sexually awakened whilst still at school and it leads to him impregnating a fellow pupil – something all too grounded in reality for a society, at that time, interested in maintaining puritan mores.

As with Kross, Unt later embellished fact with fiction in Brecht At Night in a Sebaldian blend of the novelistic, the historical and the biography. He assesses the German dramatist with a critical, imaginative eye that meanders through different forms and different voices. Unt rounds out Bertolt Brecht’s visit to Finish-Estonian writer Hella Wuolijoki in 1940 with an exposure of an apparent void of self-awareness, questioning the contradictory nature of Brecht’s firm beliefs and his divergent actions.

Evident in much of Unt’s work is a tendency to play, to ironize and to challenge. In Diary of a Blood Donor, he reworks the Gothic, inundating the classic vampiric narrative with depictions of modern Estonian life as well as an interaction with Lydia Koidula, a hero of Estonia’s independence movement. Whilst Things in the Night is a tender lament for a post lapsarian world set to fall once more, with the writer playing with the form of the novel and elaborating a proustian depiction of memory.

His most famous and perhaps most acclaimed work Sugisball (Autumn Ball) threads the narratives of six people together in a Soviet-era apartment complex and was labelled the first piece of postmodern Estonian literature. Unt died in 2005, two years before ‘Autumn Ball’ was adapted into a successful film, but his postmodern experimentation remains an innovative addition to the continuing health of Estonian literature.