The Future’s Green for Copenhagen 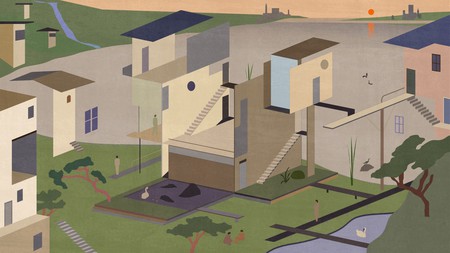 Copenhagen has already earned its reputation as Europe’s capital of style and sustainability. Now the city is embarking on some of the world’s most ambitious architecture projects in a bid to become the greenest on earth.

Copenhagen is considered the most liveable city in the continent and regularly hits the top spot for quality of life across the globe. It may come as no surprise that the tiny city – already known as a city of cyclists, impeccable public transport and wind turbines – is also looking to become the world’s first carbon-neutral capital by 2025.

While other cities are still scratching their heads as to how to turn the 2015 Paris agreement on climate change into a reality, Copenhagen has long been a pioneer of the green movement. Almost all its 600,000 residents own a bike, and the city has 375 kilometres (233 miles) of dedicated cycle lanes. Now it’s going one step further in the race to be totally carbon neutral, with the city using wind, biomass, geothermal energy and waste to produce almost all the capital’s electricity and heating. As a result, Copenhagen is undergoing an incredible transformation, with some of the world’s most ambitious architectural plans under way.

CopenHill Urban Mountain: a lesson on combining work and play

One of Scandinavia’s most hotly anticipated projects is Bjarke Ingels’s striking waste-to-energy plant that also serves as a ski slope, hiking trail and climbing centre. The eye-catching design, which was begun in 2013, is based on Ingels’s notion of “hedonistic sustainability”, essentially having fun while saving the planet. Yet there’s a serious tone to the building too – a smokestack releases smoke rings into the sky whenever one ton of fossil-fuel CO2 is released, serving as a visual reminder of the monumental impact human consumption has on the planet. The plant promises to convert 400,000 tons of waste each year, which will provide 150,000 households with heat across the city, as well as low-carbon electricity to more than half a million people. The building is due to open in May 2019. 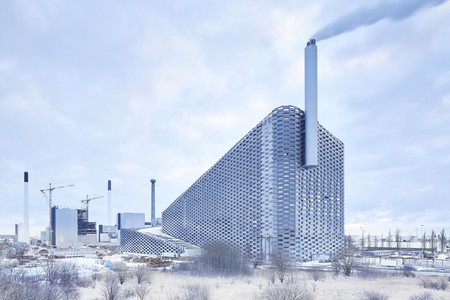 Just off the coast of Copenhagen, nine new artificial islands are set to be built, comprising an incredible 3 million square meters of land. The idea is to bring more renewable energy to the city via the creation of the biggest waste-to-energy plant in Northern Europe, as well as providing ample space for commercial and industrial ventures. The new land will also offer a natural landscape for outdoor activities, while flood defences, reefs and islets will be designed as havens for local wildlife. The government scheme, led by Urban Power, will cost a hefty €425 million (£366 million) and is due to begin construction in 2022 on a step-by-step basis, each island being built one at a time. 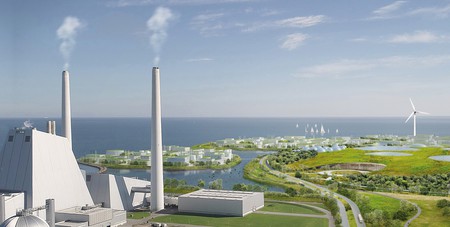 A rendering of Holmene | © URBAN POWER for Hvidovre Municipality

The Panda House: a future-proof habitat for vulnerable species

Another Bjarke Ingels project, the new Panda House at Copenhagen Zoo is the model example of an artificially created natural environment, tailor-made to provide optimal conditions for ensuring the future of some of the world’s most vulnerable creatures. In this case, Ingels has designed the perfect home for a pair of Chinese pandas with ‘his and hers’ habitats to appeal to their solitary nature, while also giving them enough freedom to roam during the brief mating season.

“Architecture is like portraiture; to design a home for someone is like capturing their essence, their character and personality in built form,” explained Ingels in a statement. “The habitat we are creating is formed like a giant yin and yang symbol, two halves: the male and the female completing each other to form a single circular whole.” Surrounding the circular enclosure is a series of viewing ramps and pathways, while the ground floor incorporates a restaurant where visitors can observe the pandas. 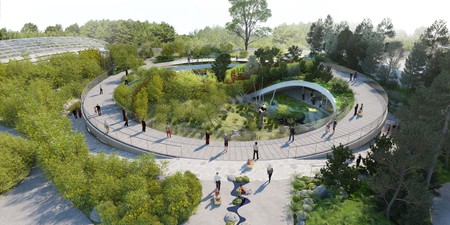 Billed as the world’s most sustainable building project, this huge 35,000-square-metre eco-village will be constructed out of recycled concrete, timber and glass. The pioneering design, led by the Lendager Group and Årstiderne Arkitekter, aims to meet all 17 of the United Nations’ Sustainable Development Goals (SDGs). Five housing blocks will make up 400 new homes, each with a rooftop garden to encourage local wildlife and rainwater-collection facilities with the ability to recycle 1.5 million litres (400,000 gallons) of water each year. The buildings will purely rely on sustainable energy. “So far, the focus in sustainable buildings has mainly been on their operational carbon emissions. We are looking at the whole life cycle of the building – including materials use, health and quality of life,” says Lendager Group’s CEO, Anders Lendager. 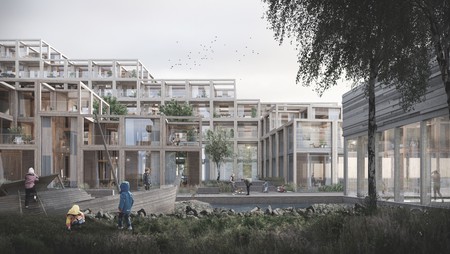 A rendering of UN17 Village | Courtesy of Lendager Group

BørneRiget Children’s Hospital: a model for wellbeing and sustainability

This new design from 3XN challenges the inherently clinical hospital environment, choosing an upbeat, welcoming and playful design that ultimately puts the welfare of its young patients first. The BørneRiget (‘Children’s Kingdom’) looks at how play can promote healing, with its organic finger-like design providing an array of green spaces, ranging from rooftop gardens to secret oases in which to play, retreat, reflect and gain energy – no patient is more than 20 metres (66 feet) from an outside space wherever they are in the building. The ambition for the $350 million project, according to Third Nature, is to give “irreplaceable experiences and create the best conditions for young patients and their families,” by bringing nature’s calming effects into the internal spaces. It will set the benchmark for future institutions across the city, bridging the gap between the natural and urban settings. It’s set to be completed in 2024 and will accommodate 900 patients and 1,200 staff. 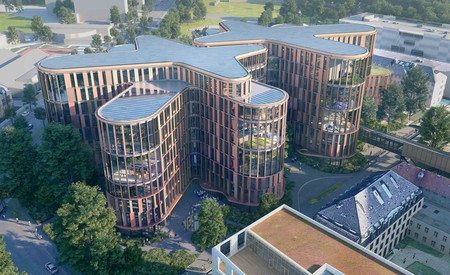