How to Find the Cheapest Beers in Copenhagen 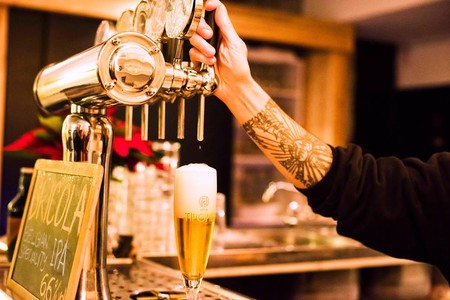 Denmark has a long tradition in beer-brewing and beer lovers will definitely be surprised with the amount of beer types and the high-quality. However, finding the cheapest beers in a Scandinavia country can be more than challenging. Here are some tips in order to enjoy your favorite drink on a night out and still be within budget.

The fact that Danes’ favorite drink is beer is no news. Maybe it’s because one of the largest breweries in the world, Carlsberg, is Danish or maybe it’s because over the past few years several microbreweries have entered the country’s beer scene, introducing new types of beer that beer geeks can’t resist tasting. From stout, dark, and rye beers with a hint of exotic flavors such as vanilla, fruits, or chocolate to beer produced by Roskilde’s fan urine (60,000 bottles of beer were made out of 50,000 liters of human urine that was collected during Roskilde Festival 2015), you have to admit, Danes can be creative when it comes to brewing techniques.

According to a statistic that shows the volume of beer sold in Denmark from 2000 to 2015 the alcohol consumption in Denmark has been reduced over the past few years, but still it’s enough to place Danes’ on the 21st place of the list with the strongest drinkers worldwide. In 2015, 45 million liters of pure alcohol were purchased with 82% of them being wine and beer. In that year Danes consumed, on average, 60 liters of beer per person, which is 18 liters less than what they had consumed in 2008.

Even though some “betrayers” will choose to have a cider or a bottle of chilled white wine on a hot sunny day, Copenhagen’s park during summer usually looks like a Carlsberg’s advertisement. Cans, bottles, and plastic glasses are all over the place, proving locals’ love for beer and the great outdoors.

Danes don’t have rules when it comes to drinking. That means you’ll see them indulge in a cold beer at any time of the day and at any place. Expats and tourists are often surprised seeing Copenhageners riding their bikes with a bottle of beer in one hand and an umbrella/snack/cigarette in the other. “Well, it’s all about practice,” you’ll hear them say. 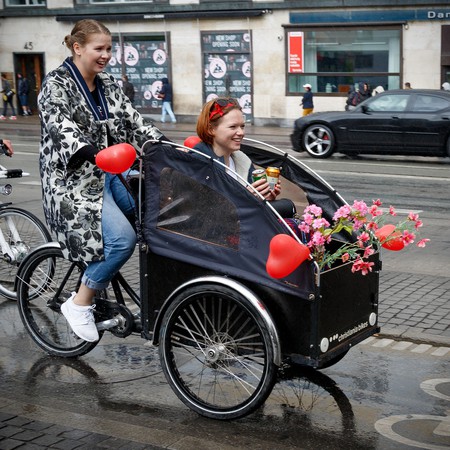 So, where are these places?

Even though beer is the cheapest drink to have on a night out, you still have to know the city’s secrets in order to get tipsy without spending that money you were planning to use in the city’s museums.

So, do it like locals and start your night with a six-pack from a supermarket. Fakta and Netto are the cheapest. You’ll see many 7-Elevens in your way but try to avoid buying your beers there. It may be easier than finding a supermarket but it is more expensive.

After your pre-warming party, it’s time to hit the bars. Moose, Floss, and Cafe Salonen are some of the cheapest places in the city center and often have special offers. Plus, they stay open until early in the morning. 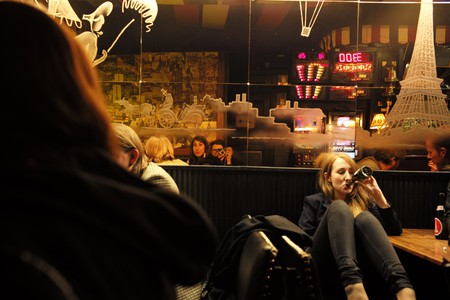 Many Copenhageners choose the city’s bodegas for the night’s-last-beer not only because they stay open until late at night, but also because in some of these places you can get a beer for less than 20DKK ($3.13USD). So, keep your eyes open for beer neon signs and never pass by without first having a look inside.

Woodstock, Nemoland, and Operaen in Freetown Christiania are also a good choice. If you’re already in the neighborhood pass by Eiffel Bar, which is open in the morning, serving its clients cold beers for 17DKK ($2.66 USD). Finally, if you’re roaming around Vesterbro make sure to stop by Benni’s Bar.

Keep in mind that in most of these places smoking is allowed so be prepared to find thick smoke and ashtrays full of cigarette butts.