Copenhagen Voted the Best City in the World for Swimming 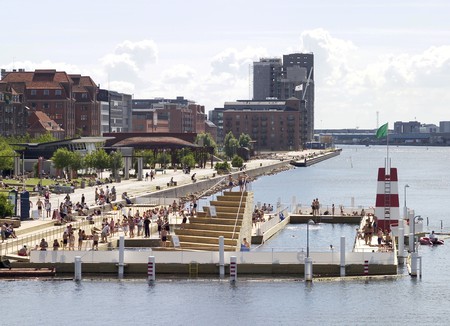 After taking a close look at cities all over the globe – from Europe and USA to Asia and Australia – CNN named Copenhagen the best city for swimming. And we couldn’t agree more. Those curious to find out what makes Copenhagen stand out keep reading, we’ll guide you through the city’s best spots for a quick dip or a day at the beach.

One of the things that make Copenhagen so attractive is that even though it’s the capital of Denmark it feels nothing like a bustling metropolis with noisy streets. Scandinavians’ slow-paced life (style) in combination with the city’s landscape are two of the reasons Copenhagen consistently ranks as one of the best cities to live in.

Surrounded by water, the Danish capital features many outdoor places by the waterfront and several harbour baths that are easily accessible, located a short distance from the city centre. Throughout the year, but especially during the warm summer months, locals often go for a quick morning dip or stop by on their way home after work. Up until recently, Copenhagen had three harbour baths but on Wednesday earlier this week, a new one named Badezone Søndre Refshalebassin opened in Refshaleøen, the city’s upcoming neighbourhood. 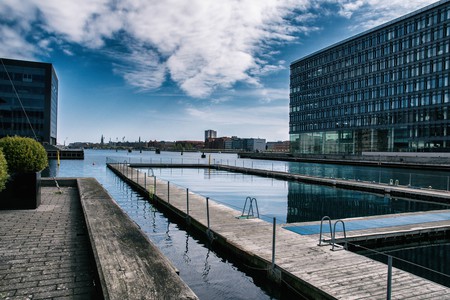 Islands Brygge harbour bath at the homonymous area and Fisketorvet harbour bath in Vesterbro are by far the most popular and when the sun shines in Copenhagen’s sky, they are packed with locals and tourists of all ages. Families relax at Islands Brygge’s wooden platforms and hangout spots at the lawn, millennials jump off the three diving towers and enthusiastic swimmers bathe at one of the three adult pools. Fisketorvet which features three separate pools: one for diving, one for swimming and one for children, is located in one of the coolest neighbourhoods in Copenhagen and super close to the city centre, so it’s a regular stop for locals even on weekdays. Finally, Sluseholmen is in the southern part of Copenhagen’s harbour no more than 30 minutes from Copenhagen Central Station.

However, the centrally located harbour baths aren’t the only reason Copenhagen ranked top of CNN’s list for the world’s best cities for swimming. 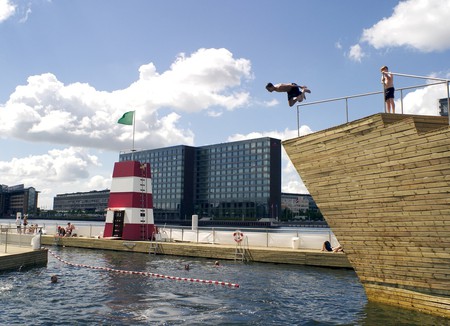 The city’s real star is Amager Beach Park which consists of a one-mile (two-kilometre) long artificial island, a lagoon and specially designed areas for outdoor activities. Located on Amager island around 3,7 miles (6 kilometres) from the city centre, Amager Strandpark is usually the locals’ top choice for the sunny weekends. Getting there by car takes approximately 15 minutes while by metro it takes around 30 minutes.

Other alternatives Copenhageners have whenever they feel like taking a dip is Svanemølle Beach in Østerbro, Bellevue Beach in Klampeborg and Hellerup beach at the north of Copenhagen.

So, if you’re visiting Denmark this summer make sure to explore the capital’s waterfront sites and don’t miss out on diving in Øresund Strait’s crystal waters. 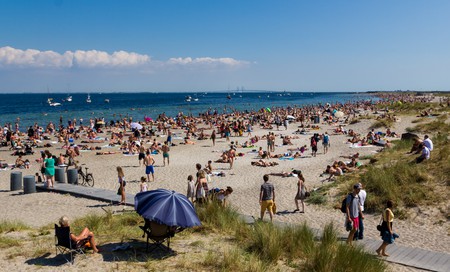