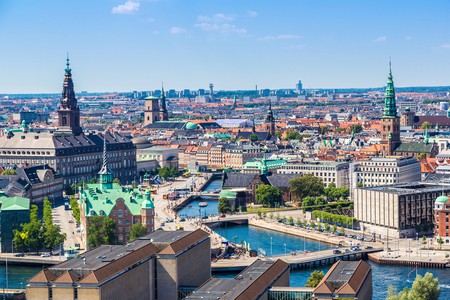 Have you ever wondered what Copenhagen looks like? Take a look at 17 stunning photos from all over Copenhagen and travel with us to Scandinavia’s coolest city.

Nikolaj Contemporary Art Center offers a spectacular view to those who decide to visit its gallery. Located in the heart of Copenhagen, the former Nikolaj church hosts approximately five exhibitions of experimental and innovative art. 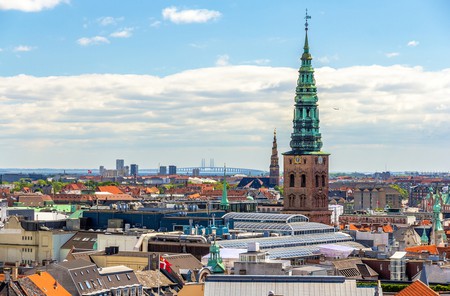 View of Copenhagen from The Round Tower │ | © Leonid Andronov/Shutterstock

Amalienborg Palace is the home of Denmark’s Royal Family and is located in the city center. The different flags that are raised above the building during the day indicate which members of the family are in the residence. 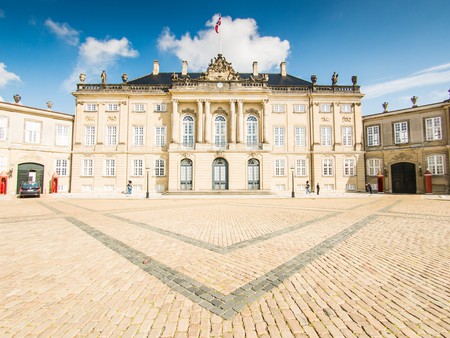 The Little Mermaid, one of the major attractions in Copenhagen, was given as a gift by Carl Jakobsen to the city of Copenhagen in 1913. The bronze statue that was inspired by Hans Christian Andersen’s fairytale, was made by Edvard Eriksen and is displayed at the city’s harbor, in Langelinie. 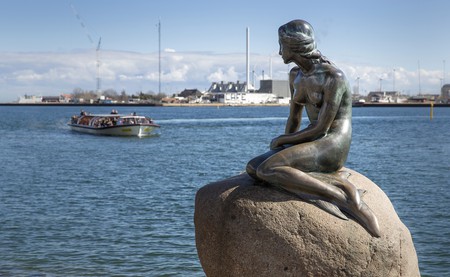 The three artificial lakes compose one of the most stunning sceneries in the city. The place is usually packed with locals — especially in the summertime — who choose this outstanding location for some moments of relaxation.

Vesterbro is one of the hippiest areas in Copenhagen, known for its vivid nightlife, cool restaurants and cozy cafés. 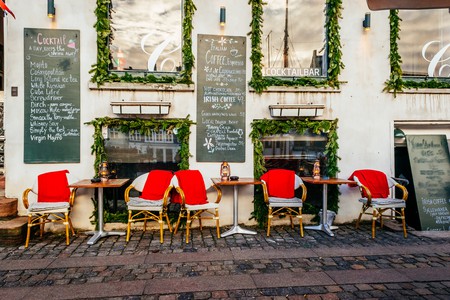 The Copenhagen Opera House is an architectural masterpiece that has embellished the city since 2005. Guided tours in English and Danish as well as performances by world-class artists attract hundreds of visitors every year. 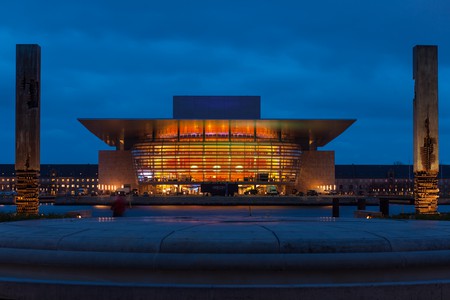 Frederiksberg Have, one of the largest and most beautiful parks in town, is among the locals’ first choice for a picnic on a hot, sunny day. During the summer, several events and music festivals attracts hundreds of people all over Denmark. 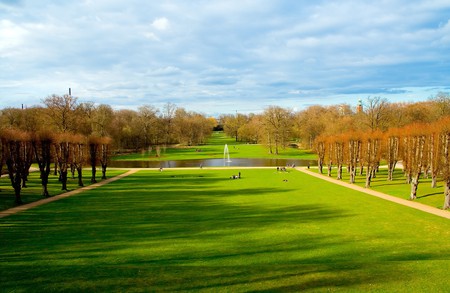 Built in the 17th century, Børsen is one of the most impressive buildings in Copenhagen. Originally, it was used as a commodity exchange but since 1857 has been owned by an independent private business association for trade and services. Exhibitions, shows and gala parties often take place in the building’s special halls. 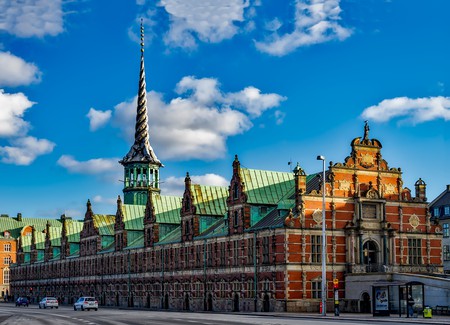 Nyhavn, the neighborhood of Hans Christian Andersen, is now one of the most touristic areas in Copenhagen. The picturesque district is filled with luxurious restaurants and stylish cafés that offer a great view of the canals. 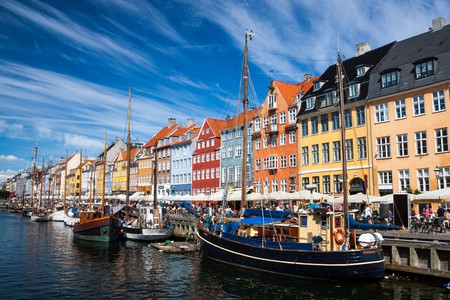 Christianshavn is popular for being the neighborhood where Freetown Christiania is located. The hippy area hosts several art galleries and trendy restaurants, most of which are located in the scenic district around the canal. 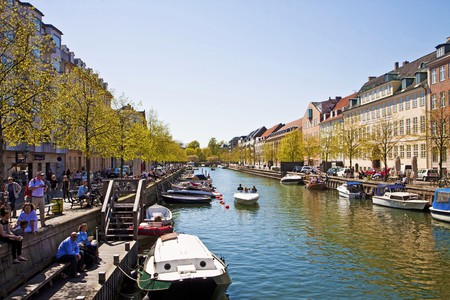 Located in Nørrebro, Superkilen is a park made by three different areas; a red square, a black market and a green park. A swing from Iraq and a bench from Brazil are among the various objects that were imported from different countries in order to illustrate the ethnic diversity of the local population. 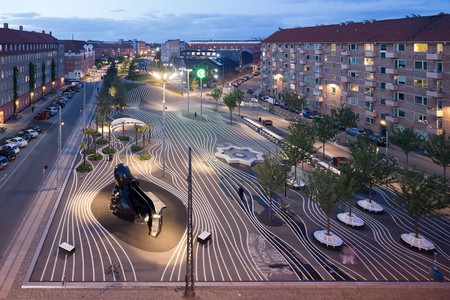 Tivoli Gardens is one of the most popular amusement parks and one of the main tourist attractions. Tivoli opened its doors for the first time in 1843 and ever since has been entertaining thousands of young and old people from all over the world. 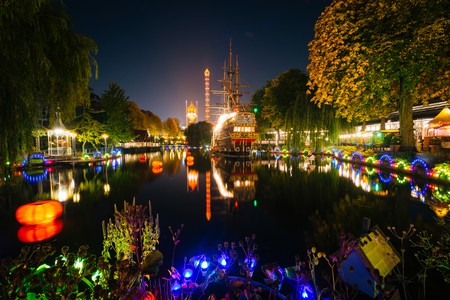 The lake at Tivoli Gardens at night │ | © Jon Bilous/Shutterstock

The Royal Library, also known as the Black Diamond, is the national library of Denmark and the largest in the Nordic countries. It has a great selection of books, including all of the works printed in Denmark since the 17th century. Located at Slotsholmen at the waterfront of Copenhagen, it offers a great view to its guests. 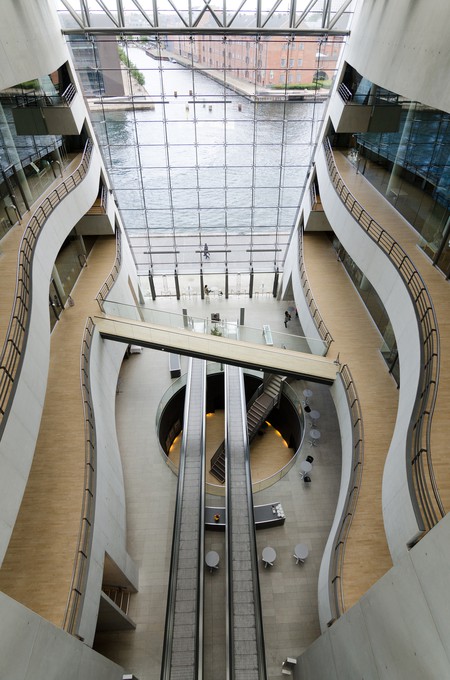 The Round Tower is the oldest functioning observatory in Europe. Every year hundreds of visitors walk 209 meters up to enjoy an outstanding view of the old city of Copenhagen. 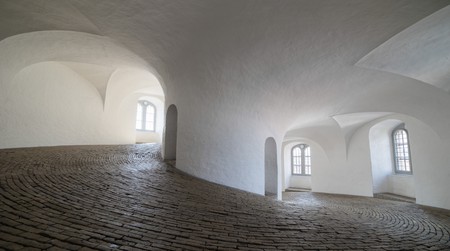 The Round Tower | © John Towner / unsplash

It is quite common in the winter time, when the temperature drops below 0°C, that the lakes are frozen for days. Sometimes locals practice their skiing skills or even take short walks on the iced surface. 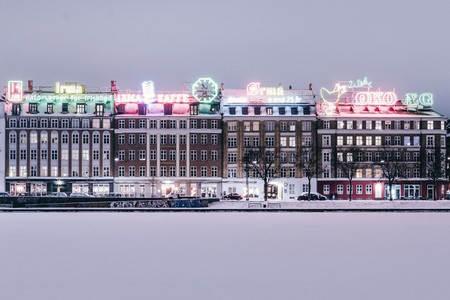 Copenhagen is home to a great number of swans and ducks that swim across the lakes all over the city. 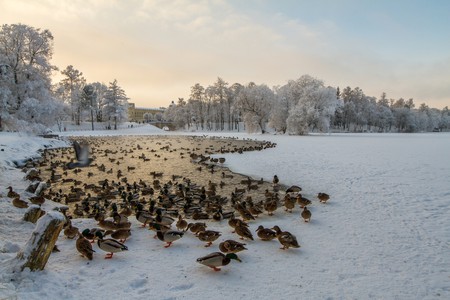 The Øresund Bridge is a 16km-long road that connects Denmark to Sweden. For the last 17 years, hundreds of cars and trains have been crossing the bridge everyday. 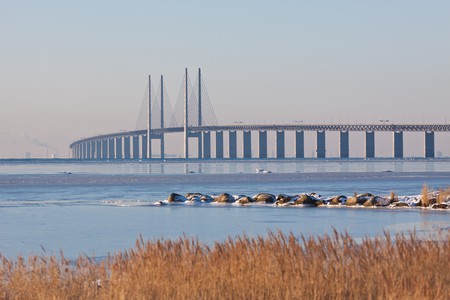 The bridge between Denmark and Sweden │ | © kimson/Shutterstock
Give us feedback