10 Reasons You Should Visit Skagen Before Copenhagen 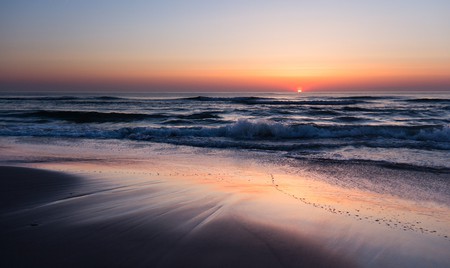 Even though Copenhagen is the top destination for those who plan to visit Denmark, the country has many hidden gems that every traveler who enjoys going off the beaten track should know. Here are ten reasons why heading up to Skagen is more interesting and challenging.

Natural Feature
Facebook
Email
Twitter
Pinterest
Copy link
Share
Map View
Skagen’s landscape is one of the most beautiful in Denmark. White sand beaches, endless grasslands, and vast forests contain one of the country’s most remarkable sceneries. It’s a great destination for those who prefer hiking trips, relaxing walks, and yoga by the beach, rather than busy cities filled with car horns and traffic lights. There, visitors will also find Råbjerg Mile, the largest migrating dune in Denmark. An area of approximately two square kilometers is covered with sand that reaches up to 35 meters in height.

Head to Grenen, which lies on the north of Skagen and is the northernmost place in Denmark, and see a unique natural phenomenon: the union of Skagerrak and the Kattegat sea. Millions of tourists visit the sandy strait on top of the country to stand at the exact spot the two seas meet. Due to the strong currents, swimming isn’t allowed, but there are plenty of other beaches in the area where locals and foreigners can take a leap. 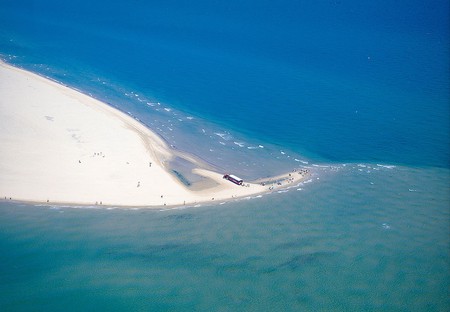 Building
Facebook
Email
Twitter
Pinterest
Copy link
Share
Map View
Millions of birds fly every year over Skagen while traveling to or from Scandinavia. Those who are lucky enough get to see some really rare species, such as the Common Rosefinch, the European Stonechat, or teal ducks. Every year in May, the Skagen Bird festival takes place and experienced guides lead visitors that have arrived from all over the world to hidden paths and beaches where birds have their nests. For those who are visiting the city another time of the year, the Skagen Grey Lighthouse offers a great view and is the perfect place for birdwatching.

Music of All Styles at Skagen Festival

Every year when Skagen Festival takes place, the city is filled with tunes for four days. Renowned artists from Scandinavia and other countries across the globe take over the city and perform in different indoor and outdoor locations. Skagen Festival is the oldest in Denmark, as it started back in 1971, and even though in the beginning mostly Norwegian and Danish folk musicians participated, nowadays it covers a wide range of music styles. 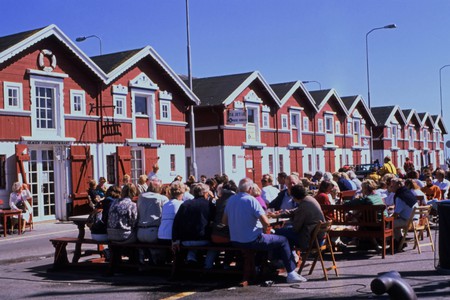 The Huge Bonfire at the Beach on St. John’s Eve

It’s a tradition in Denmark to celebrate St. John’s Eve by lighting a bonfire in order to “burn the bad spirits” and so, every June, all over the country, events take place at parks, lakes, and beaches, with bonfires burning all night long. St. John’s Eve, or what locals call it, Skt. Hans Aften, is celebrated on the Southern Beach and it is a unique spectacle. While the big fire lights up the sky, music concerts take place and locals mingle with tourists while indulging in cold drinks and delicious dishes. One of the 19th century Skagen painters, P.S. Krøyer, has portrayed the atmosphere of the celebration in his painting Midsummer Eve Bonfire on Skagen Beach.

The Famous Group of Skagen's Painters 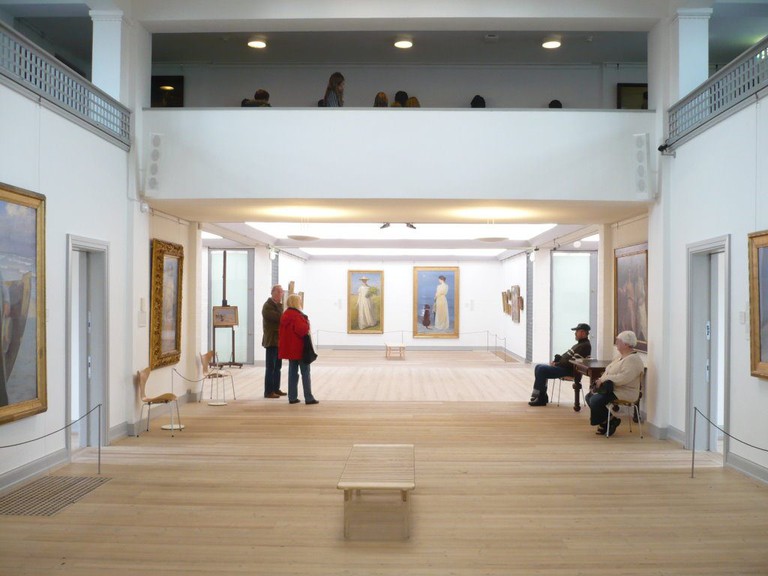 Skagens Museum | © Kai Sender / Wikimedia Commons
Skagens museum houses 1,900 sculptures, drawings, and paintings made by artists who visited and lived in Skagen during the late 19th century and the early 20th, known as Skagen painters. P.S. Krøyer, Michael Ancher, Holger Drachmann, and J.F. Willumsen are only some of the famous Skagensmalerne, who stayed in the remote town, due to the quality of light, so they could paint outdoors. Their artworks influenced the Danish art and brought Skagen to the fore. The internationally renowned museum is the most visited in North Jutland. 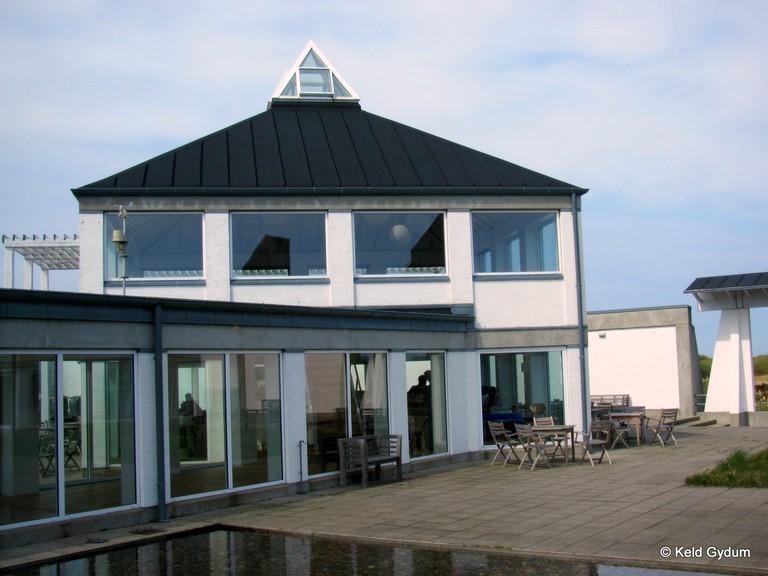 Skagen Odde Naturcenter | © Keld Gydum/Wikimedia Commons
Skagen Odde Nature Center is exactly the kind of museum that Skagen should have. It fits perfectly to the atmosphere of the city because visitors can get explanations for the natural phenomena that take place in the area. Sand, water, wind, and light are the elements that are examined through interesting and interactive exhibitions. What happens when the two seas meet? Is the light special at Skagen, as the renowned painters believed and what about the sand dune? 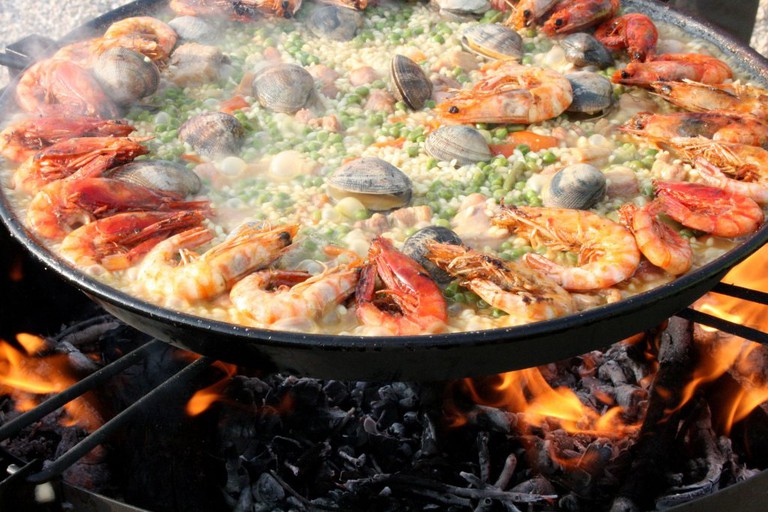 Traditional paella | © EstudioWebDoce / Pixabay
Skagen used to be a fishing village known for its herring-industry and even nowadays is famous for its fish dishes. Seafood restaurants serve traditional delicacies cooked with freshly caught fish and local ingredients. One of the best and most renowned restaurants is Skagen Fiskerestaurant, which is located by the harbor, offering a unique view, especially to those who are lucky enough to get a table on its terrace. The ground floor of the restaurant is covered with sand, adding a summery and loose atmosphere.

Dive at some of the country’s most beautiful beaches and let the sun do its magic while you sit back and revel in the tranquility of the area. The Kattegat coast on the east side of the city is known for its shallow waters and is considered the safest beach for kids while Skagerrak, on the west, is a bit more tricky due to winds but also more fun for those who want to play with the waves. Make sure to stay until the afternoon because you wouldn’t like to miss Skagen’s amazing sunsets.

Discover the Great Outdoors on the Back of a Horse

One of the top outdoor activities every visitor should experience while visiting Skagen is riding a horse and exploring the area’s beautiful landscape. Marked paths along forests, hedges, and fields make it easy to follow the route while relaxing and enjoying the breathtaking surroundings. The long sandy beaches is among locals’ and tourists’ favorite destinations for a horse ride. Whether it’s for a few hours, a full day, or a couple 0f days, fun and relaxation are guaranteed. 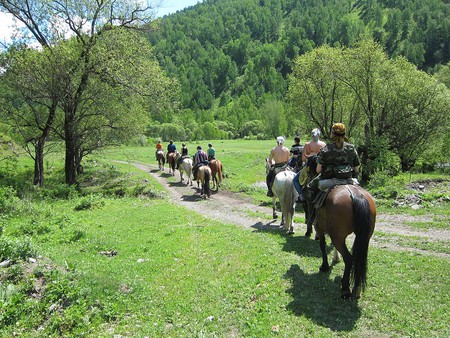