You Can't Visit Denmark Without Trying Their Famous Dream Cake 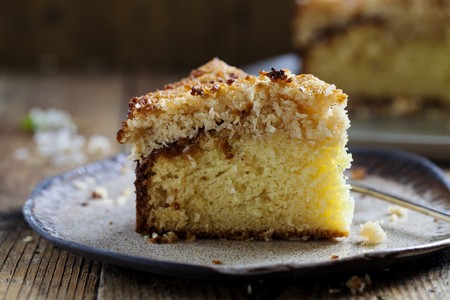 Topped with a caramelized coconut layer, Drømmekage, Denmark’s famous ‘Dream Cake’, will leave you wanting more. This national delicacy is one not to be missed when visiting Denmark. In fact, why not grab two?

Today the popular cake can be found in every bakery around Denmark, making it a favorite among locals. However, it wasn’t until 1960 that the dream cake that came from a simple family recipe was shared with the rest of the nation. Up until then, Drømmekage could only be found in a small town in the northeastern part of Jutland.

From family recipe to a national delicacy

In 1960, then 13-year-old Jytte Andersen took her grandmother’s recipe from her drawer and went on a cooking competition without imagining how popular the family cake would become one day. In fact, she only learned about the popularity of her grandmother’s dessert when she accidentally saw the cake’s recipe printed in a cookbook published by a Danish company named Amo. The cake, which was only baked at family gatherings, caught the attention of Knud Brorsen, Amo’s representative at the competition. After winning the competition Andersen’s recipe was taken by Brorsen before heading home. Six months later while flipping through a cookbook, Andersen randomly saw the recipe to her grandmother’s famous cake.

Though Andersen is proud of the success of her cake, she stated in her interview for the Danish site Samvirke that she was mostly shocked and surprised when she realized just how popular the cake had become. Unfortunately, Amo never asked for her permission to use the recipe in the cookbook, nor did she ever receive compensation. Despite complaints to Amo, Andersen was told that their version of the cake was a combination of her grandmother’s recipe and their own and sent her a box of Amo products to prove it.

Although Amo refers to the cake as Drømmekage fra Brovst, it was first made at the beginning of the 20th century and originates in Klokkerholm, the town of Andersen’s grandmother Marie Nielsen Højgaard.

Why it’s worth a try

As the Dream Cake is not well-known outside of Denmark, many tourists are clueless of the very existence of the cake. After all, Denmark is known to have some of the best pastries in the world, so the choice can be overwhelming.

If we managed to make you crave the super tasty Danish cake, make sure to stop by Sunshine Bakery in Freetown Christiania and get a piece for 15DKK ($2.36 USD). It’s supposed to be one of the best in Copenhagen. 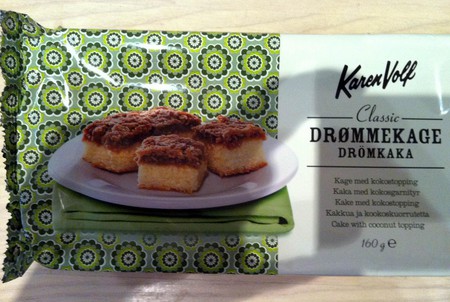