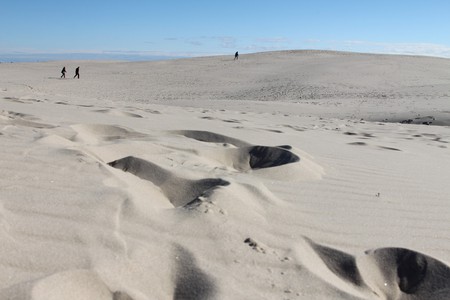 When most people think of Denmark the top things that pop into mind are Scandinavian cuisine, modern-architecture buildings, vast forests and sandy beaches. But the small Scandinavian country has many hidden gems that should be on every traveller’s bucket list. And the Råbjerg Mile migrating dune in the north of Jutland is definitely one of them.

This all you have to know about Råbjerg Mile

Råbjerg Mile, Northern Europe’s largest migrating dune, covers a two-square-kilometre (200 hectares) area between Skagen and Frederikshavn in the northern part of Jutland. It was originally formed more than 300 years ago on the west coast of Jutland but due to the area’s strong winds, every year it moves up to 18 metres (59 feet) in a northeasterly direction. In the 19th century, the Danish government decided to plant dune grasses and conifers in order to stabilise the area’s shifting dunes because they caused massive problems to the people living in northern Jutland. Råbjerg Mile was the only one left without human interference. The government decided to preserve the area as a monument because it shows how the sand dunes are formed over the centuries. 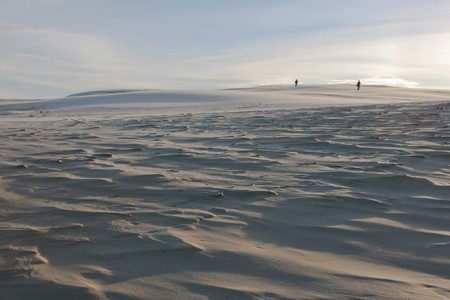 The church of Saint Lawrence of Rome, which is widely known as the ‘sand-covered church’, is a real testimony of how the landscape has changed over the centuries due to the moving dunes. The 14th-century church was almost completely covered by sand by the last half of the 18th century. In 1795 the body of the church was demolished, and today only the tower is still visible above the sands. The National Museum of Denmark that now owns the site and did a small excavation in the late 19th century. It is believed that the floor, the altar and the baptismal font are still under the sand. 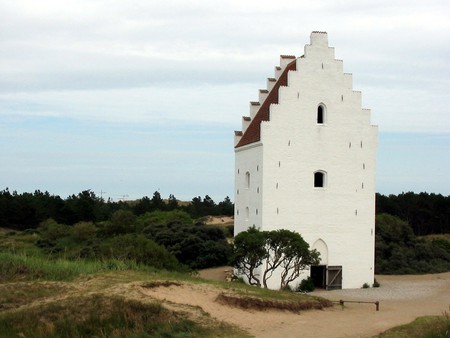 Why the area around Råbjerg Mile is a great summer destination

Nowadays, more than 250,ooo nature-lovers travel to the north of Denmark in order to visit Råbjerg Mile and hike among the sandy hills. Those who manage to reach the highest point, which is 40 metres above sea level, are rewarded with a spectacular view, but due to the weather conditions getting on the top can sometimes be a real challenge. 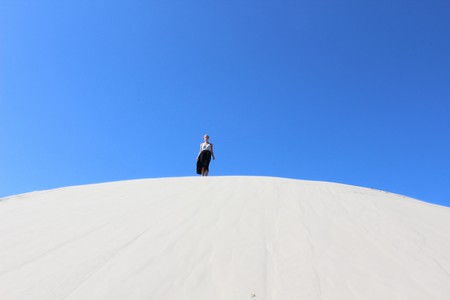 In the area around Denmark’s largest dune, visitors will find several accommodations such as hotel and resort Skagen Strand, Hjorths Badehotel and Hotel Inger as well as some of the country’s best campsites.

Råbjerg Mile Camping is a great choice for those who want to spend their summer holidays in nature but with all the comforts of home. The popular campsite offers fully equipped wooden cottages and all the necessary facilities for leisure activities such as swimming pools, a sauna, hot tub and tennis courts. Those who want to wake up by the beach should set their tent at Bunken Strand Camping, which is located approximately five kilometres (16,404 feet) from the dune right in front of a long, sandy coast. Spend your vacation horseback riding, bird-watching and swimming at the Kattegat sea.

Finally, make sure to visit Grenen, Denmark’s northernmost point where the Skagerrak and Kattegat sea meet. It is less than a 30-minute drive to the north and is one of the few places where people can witness the natural wonder of two clashing seas. 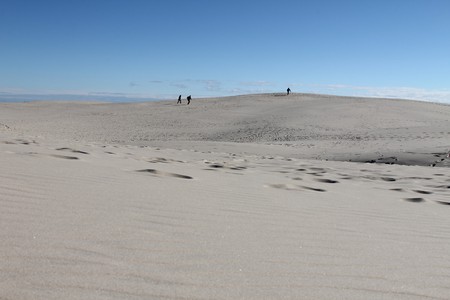