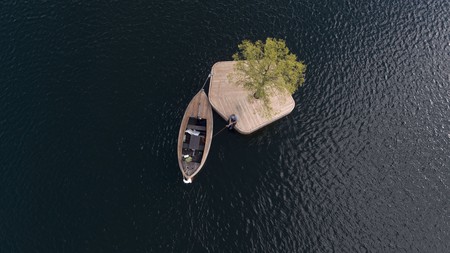 Copenhagen’s new public space CPH-Ø1 is exactly what locals need for the coming summer months. Especially this year as summer arrived earlier than expected and the country is experiencing surprisingly high temperatures. With a name that stems from the single-letter Danish word for island, Ø, these archipelagos are expected to take Copenhagen by storm. After all, who wouldn’t want to sunbathe on top of a floating wooden island without having to leave the city?

Marshall Blecher and Magnus Maarbjerg from Fokstrot Studio launched CPH-Ø1 earlier this year, the first floating public space from ‘The Copenhagen islands’ project. The 25-square-meter (269-square-foot) wooden platform is made from sustainable and locally sourced materials and it was constructed in the boat-building yards in the south harbor of Copenhagen using traditional wooden boat building techniques. Blecher and Maarbjerg wanted the prototype to resemble an uninhabited island as much as possible, so they even added a six-meter (19-foot) linden tree at its center.

The concept of Copenhagen’s ‘Parkipelagos’ project is to create a cluster of floating platforms that will function as public parks where people can meet up and interact. CPH-Ø1 has already experienced much success due to small hosted events where it has been used for barbecues, stargazing, winter bathing and by local fishermen. I guess Copenhageners already love the idea of seeing an archipelago of 3 in the inner city harbor. 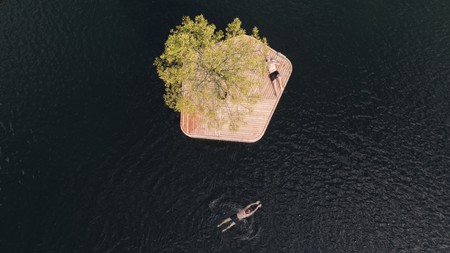 CPH-Ø1 has already been used for sunbathing, barbecuing and by local fishermen | © Airflix / Courtesy of Blecher and Maarbjerg

CPH-Ø1 was only the first of many to follow. The innovative architects are already working on other projects, including a floating fish market and a floating cabin to name a few. They’re also planning to expand the wooden islands’ archipelago with CPH-Ø1, 2, 3 and more, which will function as a floating sauna island, floating garden, floating mussel farm and a floating diving platform. Their goal is to give new life to Copenhagen’s industrial harbor and offer public spaces to the boaters, kayakers, and swimmers who throughout the year head to the inner city harbor for a refreshing dive.

According to the team, “the islands could be brought together in the wider parts of the harbor for events and festivals, or moved to catalyze activity in newly developed or underused locations”. 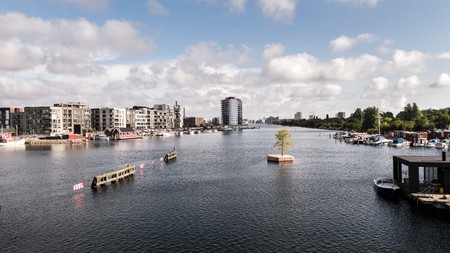