Are Danish Pastries Really from Denmark? 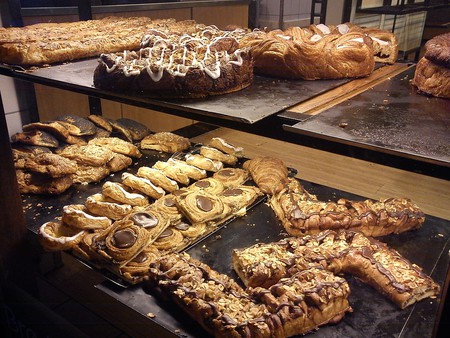 Multiple layers of yeast-leavened dough with slices of butter in between, folded 27 times over with cream, jam or chocolate among the layers and sugar glaze, nuts or sprinkles on top. Regardless if you have been to Denmark or not, you’ve probably heard about the famous Danish pastries. Though many believe it originates in Denmark, its story begins in France in the early 17th century.

Whether you ask for a ‘Danish’ in the US, a ‘Copenhagener’ in Germany or a ‘Viennese’ in Denmark, you’ll get the same super-delicious pastry. Even though to most people, it doesn’t really matter what the flaky pastry is called as long as it’s available in their nearby bakery, it is worth taking a look at the history behind all these different names.

The multi-layered crusty pastry became known as the ‘Danish’ as it first became famous in Denmark. However, according to history, the first bakers who made it were from Austria. When bakery workers in Denmark went on a strike in 1850, their employers hired pastry workers from Vienna. Not familiar with the Danish recipes, the latter started making their traditional goodies including what is today known as the ‘Danish’. When the strike ended the flaky Austrian pastry had already become popular in the country, so Danish bakers had to learn how to make it themselves. They adjusted the recipe to their country’s traditions by increasing the amount of fat and adding extra eggs in order to ensure it lived up to the Danes.’ standard They named it Wienerbrød and kept serving it at every bakery in Denmark.

Danes who began to migrate to the US and several European countries in the early 1900s they brought eventually introduced their famous pastry. As locals were not aware of the strike, Austrian bakers simply referred to the pastry as ‘Danish’ or ‘Copenhagener’. 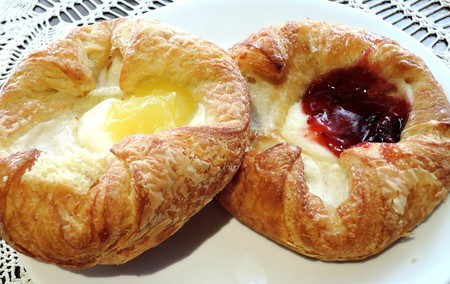 The flaky Danish pastry with cream and jam | © pixel1 / pixabay

It all started with a baker’s mistake

So, does the Danish pastry originate in Austria? Well, not exactly. Though it became famous thanks to the Austrian bakers who introduced it to Danes in the 19th century, according to Danish bakers’ union, the true story began in France in the early 17th century.

Legend has it that the first Danish pastry was made by mistake. When Claudius Gelee, a French apprentice baker, realized he had forgotten to add butter to the flour, he decided to put chunks of it in the dough. Expecting to be fired for the mistake, instead, he was praised for it as his boss and colleagues were astonished. It was the lightest dough the French bakers had ever eaten. Seeing how much the bakery’s clients loved it, in 1622, Gelee opened a café in Paris serving ‘the thousands leave’ pastry and some years later another one opened in Florence. From Italy, the recipe traveled to Austria and the rest is history. 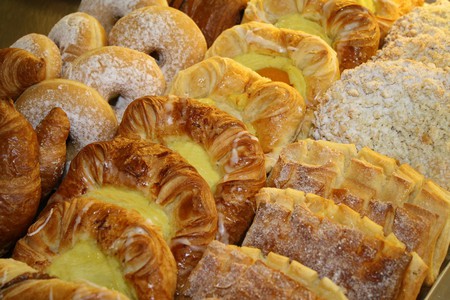