The Most Budget-Friendly Hotels in Prague, Czech Republic 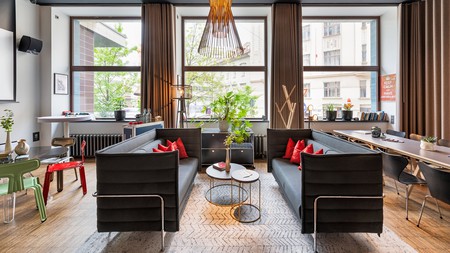 European city breaks can be a deceptively expensive holiday, from restaurants to landmarks, you will always discover a few hidden costs that you were not expecting along the way. Thankfully for anyone travelling on a budget, there are many excellent low-cost hotels in the Czech Republic’s capital city. Ranging from traditional establishments with long-standing reputations to boutique spots with unique designs, these are the best cheap hotels in Prague.

Courtesy of The ICON Hotel & Lounge / Expedia.com | Courtesy of The ICON Hotel & Lounge / Expedia.com
View Rooms
Close to Wenceslas Square and the Charles Bridge, the Icon Hotel & Lounge has transformed an old church building into a slickly designed hotel that has adopted tech and a focus on the local arts and culture scene, to pull in a hip crowd. The rooms are focused on expensive comforts, with Hästens beds and robes that you will want to slip into as soon as you set eyes on them. In the hotel spa, the Coconut Dream massage will take you to new places.
Everything you need to know

Courtesy of Hotel Cosmopolitan / Expedia.com
View Rooms
A hotel on a limited budget does not usually allow for the luxurious design and extra comforts that are on offer at Hotel Cosmopolitan in the heart of the Old Town. There are 106 rooms and suites, with a consistently engaging decor throughout. Bathrooms with heated floors and Swarovski accessories set the tone for your stay. This contemporary hotel embraces a Prague of old throughout but it is constantly pointing their guests towards the modern and new.
Everything you need to know 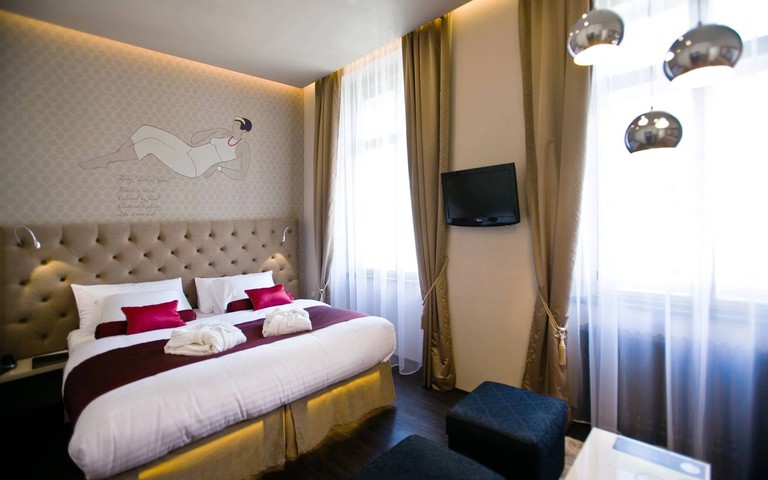 Courtesy of Design Hotel Jewel Prague / Expedia.com
Book Now
What this 11-room hotel lacks in size, it makes up for with its location and incredibly friendly staff. It is efficient with its use of space and there is no skimping with their eye-catching design in the differently themed rooms. Modern artwork and a fascination with jewels run rampant throughout. Location is the biggest draw to this hotel, as waking up on an extremely quiet street so close to so many of the incredible sights that Prague has to offer is a real charm.
Open In Google Maps
529/3 Rytířská, Staré Město, Praha 1 Hlavní město Praha, 110 00, Czech Republic
+420725365302
Visit Website
Give us feedback

Courtesy of Miss Sophie’s New Town / Expedia
View Rooms
For those that actively enjoy a river walk, Miss Sophie’s in the New Town is a 30-minute amble along the Vltava from the city centre – a wonderful scenic way to start any day. This quiet hotel manages to bring to life a 19th-century building with contemporary touches that do not infringe on its character. Bright rooms are designed for that feel-good factor, a mixture of wood and colour and sweeping fabrics that are easy on the eye.
Everything you need to know 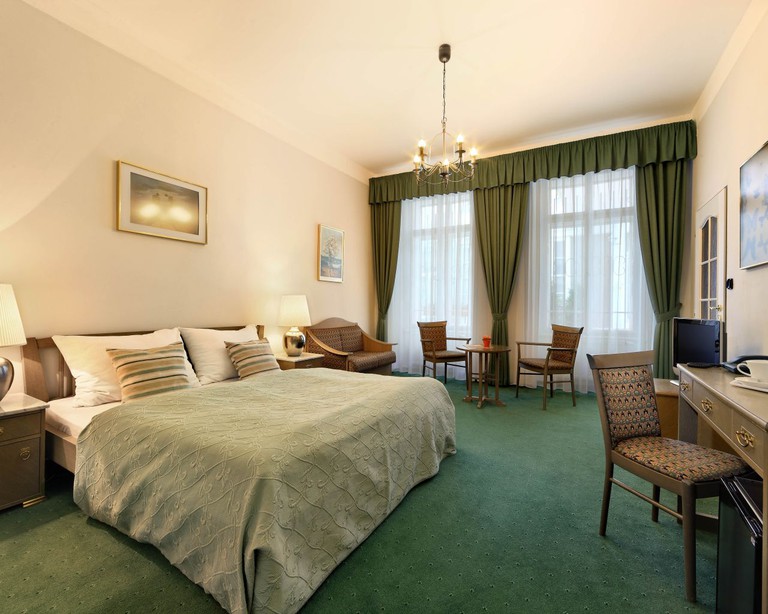 Courtesy of Hotel Salvador / Expedia.com
View Rooms
The family-run Hotel Salvador brings a taste of the Mediterranean to the middle of Prague for its guests. The energy within the walls of this quirky hotel is as enthusiastic as it is colourful and the friendly hosts will make sure that you have a positive experience. Rooms are brightly decorated and simple, and Czech architects have kept the character of the Old Town building by setting the rooms around the inner garden courtyard with a labyrinthine restaurant and wine cellars. With so much Spanish influence in this hotel, you are likely to forget that you are in Prague at all until you walk out and find yourself in the middle of the city and only a five-minute walk from the Powder Tower.
Everything you need to know 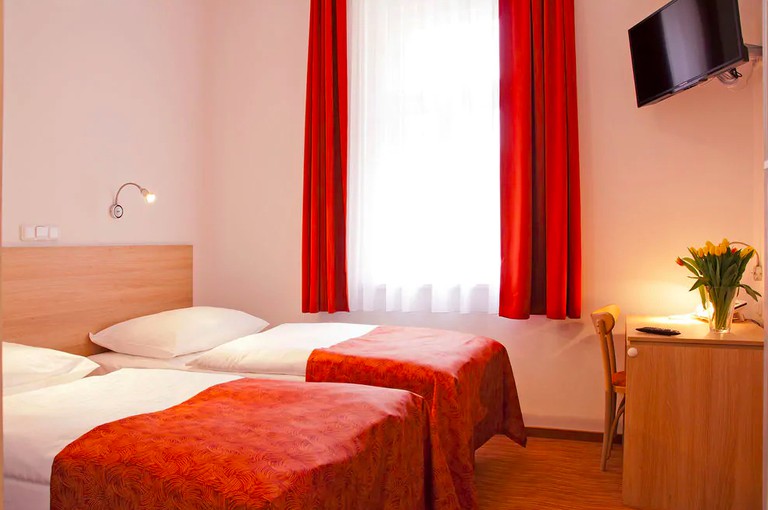 Set inside a 19th-century building with baroque and neo-Renaissance features, Hotel Ambiance offers stylish, affordable accommodation in the heart of Prague. There are 99 guest rooms available inside, each fitted with all the essentials and either single, double or twin beds. Though it is central and stands a 30-minute walk away from the Old Town, the hotel’s location in Prague 2 neighbourhood means that it feels far removed from the hustle and bustle of the inner city, making it perfect for visitors who prefer quieter surroundings. 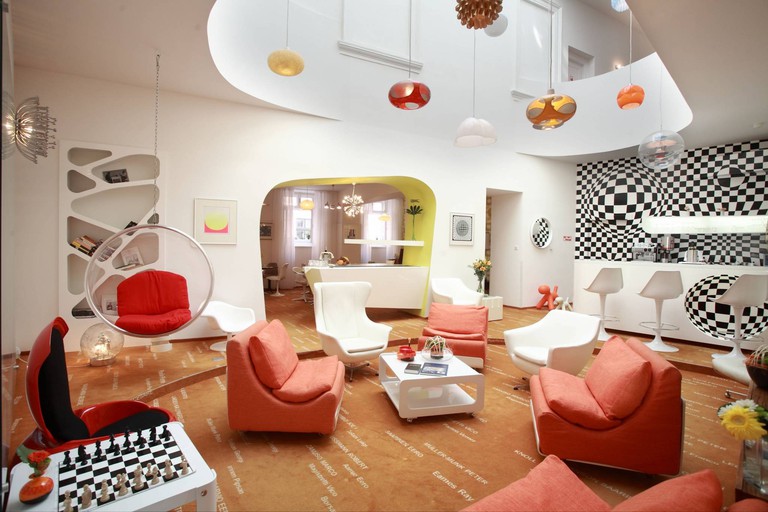 This stylish establishment on the west side of the Vltava is filled to the brim with retro furniture from the 1950s to 1970s, creating a vintage vibe that’s unlike anywhere else in Prague. The elegant interior will likely appeal to anyone with an eye for old-school design. Thanks to the hotel’s location in Malá Strana, all its rooms have excellent views and some even look directly onto Prague’s Old Town. 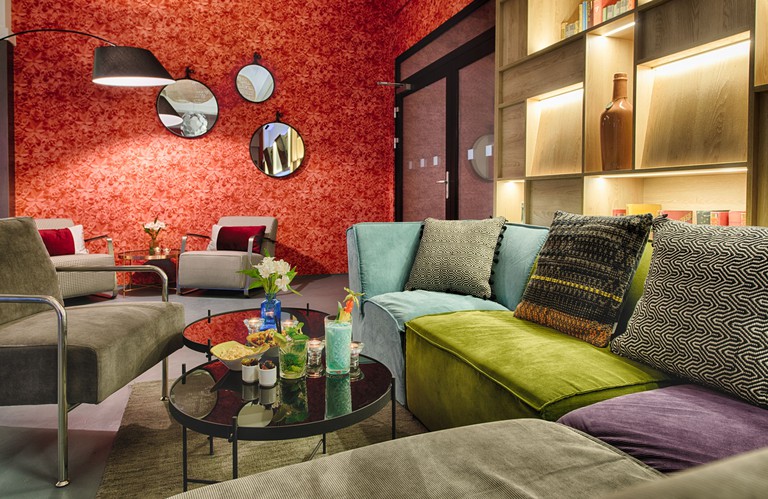 Located close to Prague’s Old Town, NYX Hotel is an ideal pick for sightseers travelling on a budget. Its rooms are polished and affordable, featuring comfy double beds plus stylish, modern furniture that wouldn’t look amiss inside a more swanky establishment. There’s a hotel bar and restaurant too, where guests can relax with a cocktail or meal after spending the day exploring Prague. NYX Hotel is within walking distance of the many pubs, restaurants and bars in Wenceslas Square, not to mention the tourist sites scattered around Old Town. 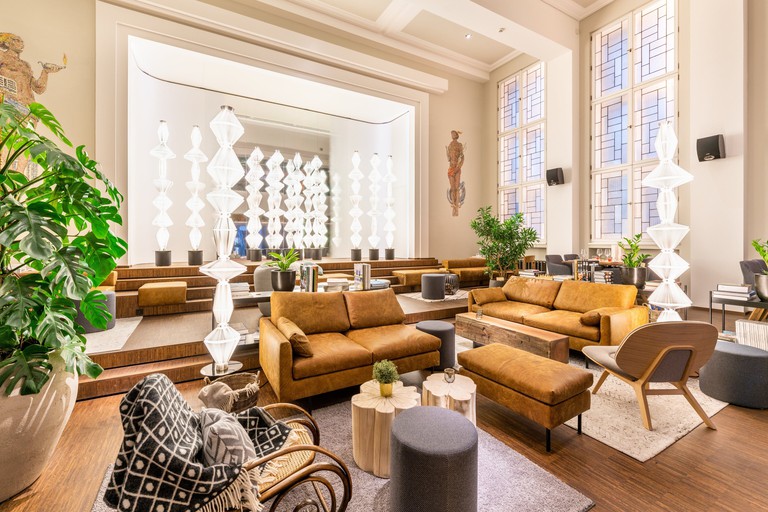 Mosaic House is an eco-conscious hotel that was designed with sustainability in mind. It actively tries to lower its carbon footprint by using green energy sources and water systems. Providing guests with the chance to rest and relax in spaces adapted around green living, the hotel is an ideal choice for anyone searching for environmentally friendly accommodation in Prague’s inner city. Aside from affordable rooms and dorms of varying sizes, the hotel has a charming restaurant called La Loca that serves small dishes perfect for sharing. 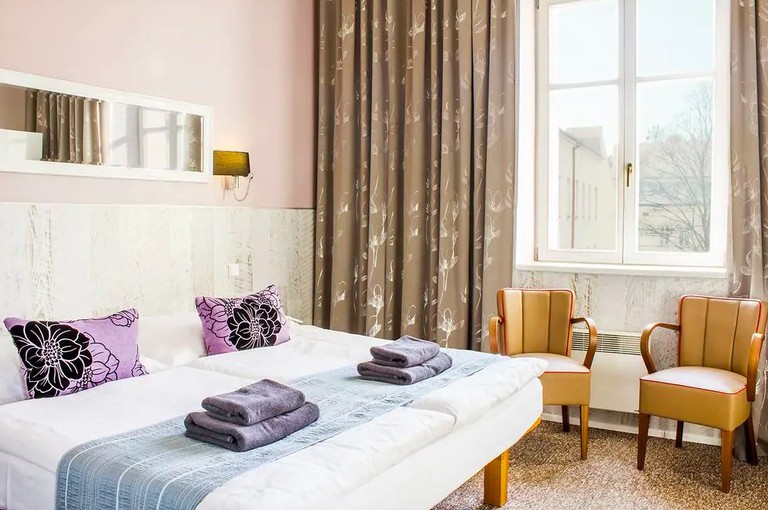 If you’re looking to indulge while away but are working with a budget, it is definitely worth checking out this low-cost hotel, as it features an on-site spa equipped with jacuzzis, saunas and massage facilities. In addition to its more luxurious amenities, the hotel has 45 simple but well-made guest rooms plus several serviced apartments tailored to families or groups. It is ideally situated for sightseeing too, lying roughly midway between Wenceslas Square and Vyšehrad Castle. 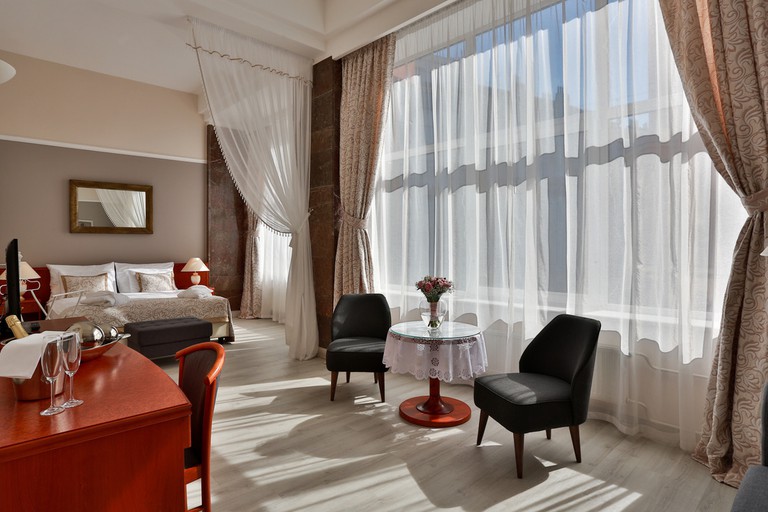 Situated behind Letná hill in a quiet neighbourhood called Bubny, this affordable four-star hotel has 149 guest rooms equipped with comfy beds, wardrobes and televisions. Built in the early 20th century, the hotel is a prime example of Czech Functionalist architecture, featuring a minimalist design that looks rather stately to modern eyes. A traditional establishment with heaps of charm, Hotel Belvedere has several additional facilities besides its suites and rooms, such as an à la carte restaurant called Belcredi Bistro and a massage parlour.