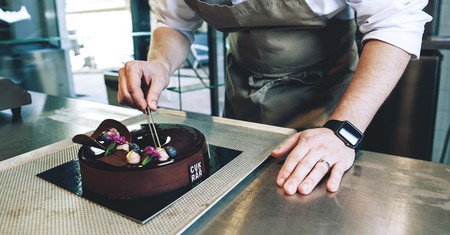 Czech confectionery is a rich tradition that dates back to the 15th century, yet it is sometimes sidelined as a culinary art compared with other forms of gastronomy. Lukáš Skála, the head chef of Prague’s first confectionery factory, is on a mission to change that. 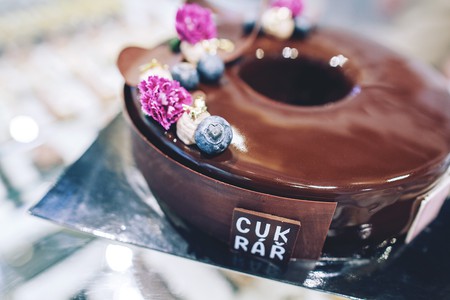 Behind the glass walls of Cukrář Skála, confectionery chefs are hard at work. Visible to passers-by wandering through the streets of Prague’s New Town, they put finishing touches to pralines, portion out tiny traditional cakes and mix ice cream. This transparency, the grand reveal of a process normally hidden away in a kitchen, is the core concept behind what Skála refers to as the “confectionery factory”.

“People’s perception of desserts and confectionery products needs to change,” says Skála, citing the industry’s lack of visibility in the public sphere as its main hindrance. “We have learned about [the quality of] food traditional chefs make, and we can judge it in restaurants. Unfortunately, there isn’t such an understanding of Czech confectionery.”

At Cukrář Skála, the factory compartments are divided floor-to-ceiling by glass walls, letting people on the street witness the confectioners at work before even entering. “It’s a great opportunity to showcase a craft that is usually hidden away, to show how beautiful it is,” says Skála of the design concept. “Originally, I wanted to have it open from the waist up. But once we found the venue that [architect Václav] Červenka designed, it made sense to keep it as open and transparent as it is now. I love it and wouldn’t change it.”

Growing up, Skála would see his confectioner father at work in the kitchen, and learned all the fundamental skills of confectionery watching him work. “The most important thing is [as a confectioner] to stick to the basic recipes and practices,” he explains. “With traditional chefs and cooking, even if the ingredients are not the best or if you spice it differently, you can still save the meal and the quality. But with confectioners, it’s all about the basics. If you mess those up, the end product will be always bad.” 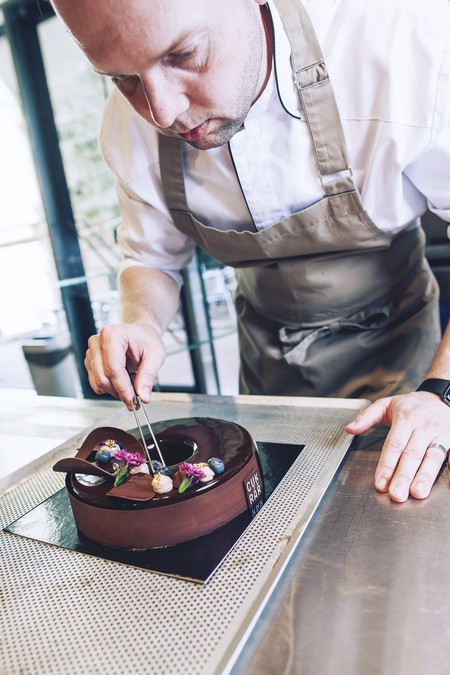 Following his early training, Skála took a break from the craft to join the army but ultimately returned to his calling when he was hired to work as a confectioner at the InterContinental Hotel in Prague. It was not until years later, on a trip with a national group of chefs, that he became inspired to think differently about how confectionery could be innovated and its presentation to the public reinvented.

“In Asia, I saw a lot of open kitchens and even open confectionery shops. I liked it and decided I wanted to have my own space open – the production bit – for people to see how it’s all made.” At this time he was already collaborating with the investors of Together Group at a separate Belgian restaurant, and in 2017 they collectively brought the vision of Cukrář Skála to life.

By showing customers how carefully their favourite treats are sourced, prepared and garnished, Skála invites them to actively think about what they are consuming. “We showcase the quality of ingredients, how we treat them and what the whole process looks like. We don’t use any pre-made mixes,” Skála says. “It is essential to educate the consumer to understand what a quality [confectionery] product really is. It will help bring the whole industry up.”

Next to the unusual openness of the space, first-time customers also express surprise at the relative affordability of the gourmet treats on offer. “Just by the way the establishment looks, they always expect that everything is going to be a lot more expensive. And once they try it,” he adds, “a little premium cost doesn’t bother them as much because they appreciate that it really is worth it.” 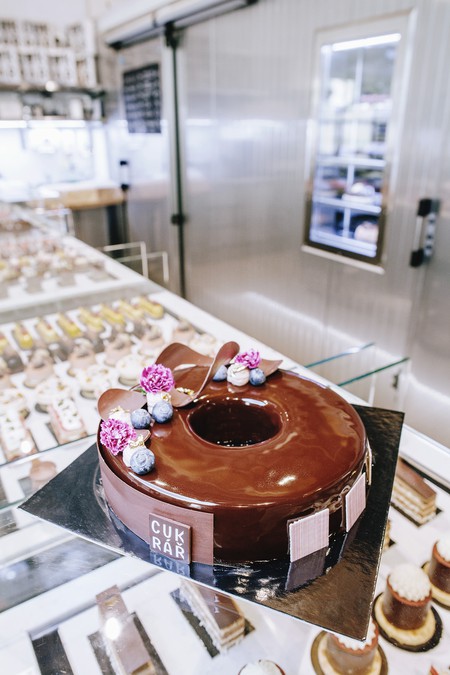 Each of the recipes on offer is concocted by Skála himself, but the decision-making process is always collaborative. Before introducing a new product to the market, Skála creates a sample that he shares with his team of confectioners during a group tasting session to get everyone’s feedback. “After that, I make it again and shape it up to the final look of the dessert. Usually, the third time’s a charm and it is added to the shop.”

The high production rate also means they have to be selective about what treats make the final cut. “We are not a fine dining confectionery that makes 10 pieces, so we have to make sure it’s good for [mass] production.” Out of the 80 different varieties of confections here, around 300 pieces of each type are produced daily. With products ranging from traditional and modern baked goods and confections to ice creams and pralines, it’s no small feat.

Since opening in December 2017, Cukrář Skála has become known for its skill at re-inventing traditional Czech classics. “I take the traditional recipes that people know from the past. Those that I don’t enjoy as much, or don’t personally find as tasty, I remake it to my liking.” Skála says that many customers return specifically for those modernised adjustments. “It tastes different, but people do come back for those specific flavours of very traditional products.”

The differences between traditional and modern techniques, Skála says, are not as vast as some may imagine. “Some desserts are simple, but great in their simplicity. Some are more complicated, but more in terms of the processes and rules that must always be met. The basics are key for both; when you know them well, they will be good.” At the end of the day, he adds, it’s all about the flavour. “When I know I can flavour it better, I do, while keeping the looks familiar and traditional.” 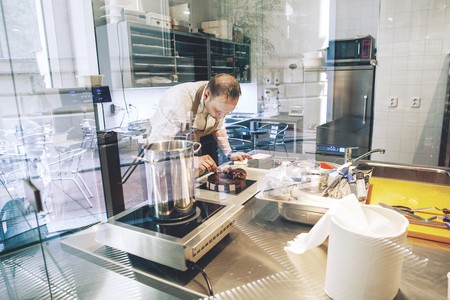 One of his best-selling Czech classics with a twist is the koňaková špička. While the cream cake is traditionally dipped into chocolate, here the confectioners create the shell first and inject it with a variant of the common cream filling. In other cases, only a minor element of the recipe is altered. “The brámbora is made according to a very traditional recipe and I just add real marzipan instead of the cream paste traditionally used for shaping.” One of their most popular recipes is the signature cukrář, which is a factory original and includes walnuts in caramel, butter and salt.

Due to the success of the first venue, Skála has already opened a second confectionery store to keep up with demand with both locals and visitors coming to Prague. Cukrář Lukáš Skála on Dlouhá street, located in the Old Town centre, serves mainly to sell goods made in the New Town factory. As business moves forward, Skála also has plans to expand the product range by making more use of seasonal ingredients.

Above all, his wish is to keep the core message the same. “We love the concept and we would like to stick to it,” Skála says. “We’d like to show people what the confectionery world is about, educate people a little bit more and keep the transparency always.”

He’s optimistic that the industry is emerging from the shadows. “It’s great to see [the] Czech confectionery world growing, developing and blossoming.” From out of these glass walls, the future looks bright for Skála’s mission to bring the industry he’s so passionate about to the next level. 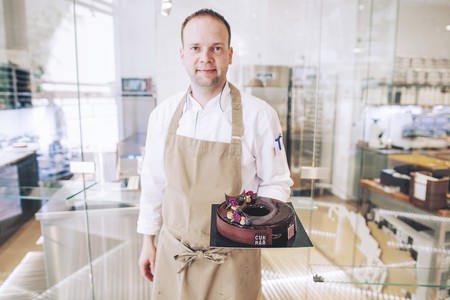