Beer brewing kettles | ©Dual Freq / Wikimedia Commons
The Czech Republic has been brewing beer since the 10th century and is the country with the highest beer consumption per capita in the world. The Czechs are somewhat traditional when it comes to beers, ales aren’t very popular in the country and the most famous Czech brands focus strictly on lagers. Here are five beers you should try on your next visit to the Czech Republic.

The world’s first pale lager gets its name from Pilsen, the city in the Czech Republic where it was originally brewed (and it’s still produced today). Pilsner is made using pale malts and soft water. It has a very distinct “hoppy” taste and an alcohol content of 4.5%-5%.

Pilsner Urquell is served almost everywhere, but if you have a chance to tour their original brewery in Pilsen (about an hour outside Prague) you’ll get a double treat. Since 1993, Pilsner Urquell has been brewed using cylindrical metal tanks, but brewery visitors can also taste the “old” type, brewed in open barrels and stored in the brewery’s cellar. A great way to compare tastes and an experience you can only get in the Czech Republic. 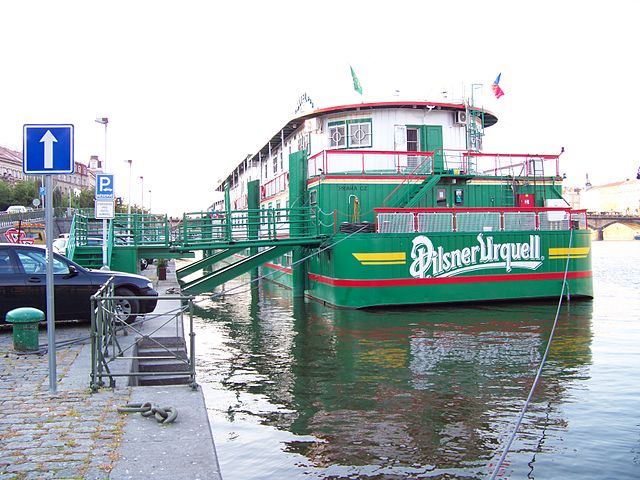 Kozel (which means “male goat” in Czech) has been around since 1874. Although they produce four types of beer, if you just order a Kozel, you’ll get a typical pale beer with a 4% alcohol by volume (ABV). Kozel’s name comes from the beer’s look and feel, a thick, almost black beer with a dark foam, which makes it feel very strong and masculine. Kozel has won a lot of international awards and is favorite of both locals and expats. 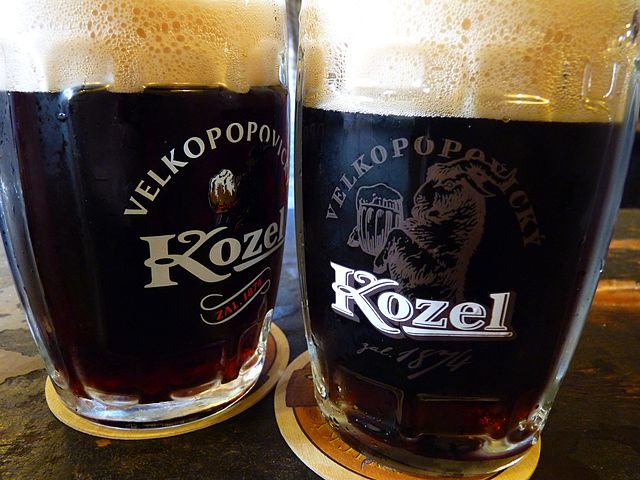 Svijani often gets ignored by visitors who usually go for Kozel and Pilsner Urquell simply because they are more widely distributed and that’s a huge mistake. Svijani is one of the oldest beers in the Czech Republic. Founded in 1534, the brand is also special because it produces unpasteurised lagers. This brings a unique “true” taste to the drink that makes it different to other Czech beers. While most beers in the Czech Republic have an alcoholic content of 5 % ABV or less, Svijany also produces a special pale ale (the Svijany Baron) that contains 6,5% ABV, as well as a special wheat beer.

The Matuška is one of the country’s youngest beers but it has already built up a serious following. Matuška is a craft beer brewed as clean as they come with no added extracts or sugars, using different types of yeasts and specially filtered water. Matuška produces several beers, including typical ales and lagers full of body.

A family brewery dating back to the 16th century, Bernard got a major makeover in 1991, when new owners took over and switched to making unpasteurized beer using traditional methods that include letting the beer mature in cellars. Bernard makes their own yeast culture and uses microfiltration for a final “clearing” process that doesn’t affect the taste or color of the beer.

While Bernard produces the ever popular lagers, they also make ales and flavored beers. Bernard beers are known for being particularly full bodied and bitter, so if you’re after a strong beer with a lot of personality, this is the brand to try.