If you’ve read anything by Franz Kafka, you probably finished it feeling depressed, confused, frustrated, or any combination thereof. His stories are famously dark, which led to his name being used as an adjective for seemingly helpless, labyrinthine situations. There is, however, wisdom hidden throughout his life and work that will help you even in the most Kafkaesque situations. Don’t have the time to read all his works? We’ve put together a list of some of the life lessons you’ll learn through them. 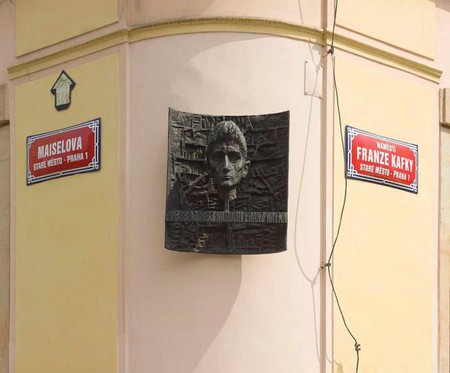 Memorial at the site where Kafka was born | © Godot13/WikiCommons

While Kafka is a writer known primarily for his fiction, in life he was dedicated to the truth. According to his best friend, Max Brod, ‘absolute truthfulness’ was one of the characteristics that made him who he was. In a way, this is reflected in his stories; dishonesty is an obstacle that many of his characters come up against, or, to the contrary, they often run into problems when the truths that the say are taken as lies. For an honest person in a dishonest world, Kafka tells us, life can be difficult.

2. There will be obstacles.

Kafka met with more than his fair share of obstacles — a fraught relationship with his father growing up, being a Jew in the German-Czech world that was Prague during his life, never finding the lasting romantic relationship that he always wanted, and then contracting tuberculosis at a time when there was no cure for it, just to name a few. These all reflect themselves in his writing, telling us all over and over again that life, instead of running smoothly, will always put up obstacles in your path.

Precision and conscientiousness were two of the other traits about Kafka that stood out to his friend Max Brod. This conscientiousness, and then his precise way of recording the things he felt and observed in retrospect, are part of what made him such an exceptional writer. Not only was he able to see details about the human character and all manner of interactions that the average observer would miss, but he was then able to seamlessly transfer it into his writing. Look at the whole picture, but boil it down to the key details.

Writing, for Kafka, was something like prayer, and as such, he needed to do it in peace and quiet. Although he was raised Jewish and had a bar mitzvah, his engagement with Judaism as a religion ended there. Writing was where he got in touch with his spiritual side — and the world is better off for it. Whatever that quiet time means to you — writing, prayer, lying in bed to reflect on the day gone by and the morning to come — your life will be more in order if you take it. 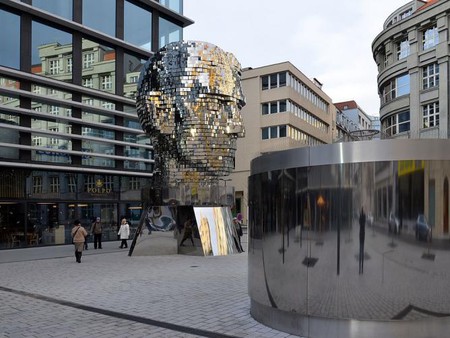 5. Bureaucracy is the worst.

Kafka lived at a time of burgeoning government bureaucracy — first in the dying years of the Austro-Hungarian Empire, then in the First Czechoslovak Republic, a country that constructed rules and red tape so as to better order its diverse population. He also worked in the insurance industry and studied law — so it’s no surprise that working through the mysterious and impossible intricacies of bureaucracy is a theme that often works its way into his books. Take The Castle, for example, where the main character (spoiler alert!) spends the whole novel trying to work his way through the roadblocks set up to get to the seemingly nearby castle that rules the area.

6. Your friends know what’s best for you.

Franz Kafka’s best friend Max Brod was a steady fixture throughout Kafka’s short life, after they met while they were both law students. Both writers, they took part actively in a Prague writers’ group of their own creation and bounced ideas off each other. In the end, though, Brod would betray Kafka for the greater good. While he was dying of tuberculosis, Kafka entrusted Brod to burn all of his manuscripts when he died; however, Brod, recognizing his friend’s unparalleled talent, did not follow his friend’s request and instead published them.

Related to the theme of bureaucracy, Kafka’s heroes often find themselves fighting against an unknown and far away malevolent factor that is creating serious difficulties in their lives — like in The Castle or The Trial. The characters always keep pushing back, though, in their own sort of rebellion. Abiding by unfair rules doesn’t make sense, so push back when the system makes you into a victim.

8. Dedicate yourself to your craft.

Kafka spent his life working at jobs that paid the bills, but we all know that writing was what kept him going, what he lived for, and what he excelled at. His life illustrates what true dedication is: working for your whole life at a craft that may not give you success but gives you fulfillment. What you should not learn from Kafka on this theme is his lack of self-confidence; the reason he asked Brod to destroy his writings was that he thought they weren’t worth keeping. 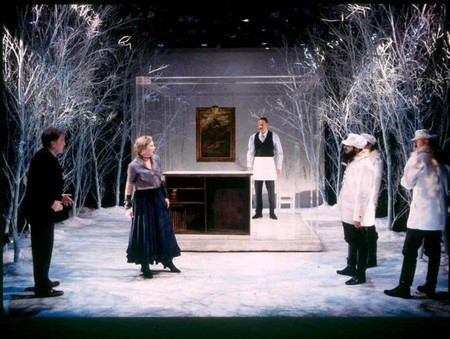 A performance of The Castle | © Krayfish/WikiCommons

All of Kafka’s main characters seem to be pushed to the utmost in the most unimaginable situations — accused of an unknown crime, unable to reach the necessary one place, or transformed into a disgusting insect, just for a couple of examples. As discussed before, Kafka himself had a very difficult life. So although Winston Churchill might have come up with the quote here decades after Kafka’s death in 1924, his life and writing all testify to its wisdom.

This particular piece of advice comes from a short story of Kafka’s called ‘The Hunger Artist.’ The title character is a performer whose art consists of not eating for seemingly endless periods of time, and at the beginning, he is extremely popular and people flock in from everywhere to witness the amazing feats. As the story goes on, however, he’s increasingly left alone to starve himself for no reason when the fad changes and people would rather watch someone else. Just because something goes over well once, it doesn’t mean that it’ll last forever.

As a Jew in a German and Czech world, Kafka often found himself feeling alienated, and this is another very common theme that turns up in his writings. When this feeling comes from one of the world’s greatest writers, however, it’s a potent reminder that if you’re feeling alienated or left out from something for whatever reason, you’re not alone in that feeling. Push through it, and find where you are connected and what you’re appreciated for because these elements exist too.

12. You can’t escape from your heritage.

The theme of Judaism is not at all explicitly present in Kafka’s work, and he himself was not a practicing Jew. However, experts have almost universally agreed that his heritage had much more of an effect on his writing than he ever would have owned up to. We all have that moment where we want to break with our past or our family history, but we also have to recognize that these things leave indelible marks on our life, character, and work that we perhaps can’t even see.