The History Behind the First Buddhist Stupa in Bulgaria 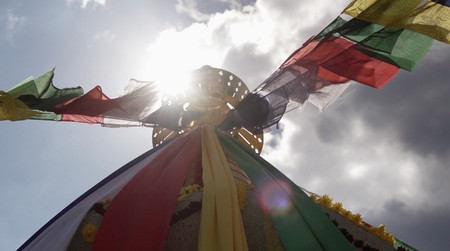 Courtesy of the film "The Jewel"

Bulgaria is a mainly Orthodox Christian country, and the sight of a Buddhist stupa comes as a surprise. Yet, the country had its first stupa built in 2015 near Sofia, the capital, and has since attracted the attention of both practitioners and curious tourists. Here’s the story behind how it came into being, and how you can visit it.

A stupa is a Buddhist monument designed to remind people of the perfect nature of their minds. Its shape resembles the Buddha in a meditation posture, and according to the Buddhist philosophy it brings joy and happiness; it is also a place that makes beneficial wishes come true. Stupa Sofia is located half an hour drive away from the city center, on a huge plateau where the natural rugged setting with the contour of mountains in the distance contributes to the feeling of peace and serenity. 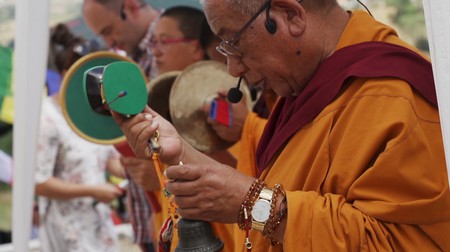 Stupa Sofia | Courtesy of the film The Jewel

The stupa was built after two lamas, Ole Nydahl and Sherab Gyaltsen Rinpoche, gave their support and blessing and pointed to the location at which it should be erected. People from all over the world voluntarily took part in the construction, both with money and labor.

The stupa is visited by practitioners, but it is also accessible to tourists. Near the stupa, there is a retreat center with a meditation hall.

The Karma Kagyu lineage of Tibetan Buddhism has had its roots in Bulgaria for more than 20 years now. Although Buddhists are a tiny group compared to the Christian and Muslim majorities, they have created a united and dedicated community. They often organize open lectures in Sofia to introduce Buddhist philosophy to people who are interested in it. 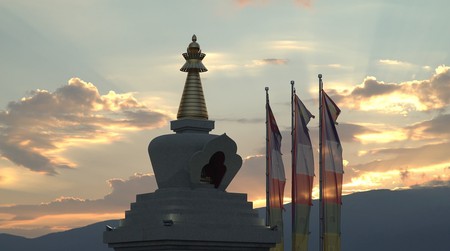 Stupa Sofia | Courtesy of the film The Jewel

The whole construction process was filmed by Ralitsa Golemanova and Nikolay Stefanov in a documentary called The Jewel, which includes interviews and an explanation of the symbolism of the stupas and how they have changed through the centuries. It will also take you to India and Nepal, where the roots of Buddhism can be discovered. The movie was screened several times in cinemas in Sofia, and it is also available online.

How to visit the stupa

Stupa Sofia is situated near the village of Plana, 35 km (21 mi) south of Sofia. The easiest way to visit it is to rent a car. If you feel more adventurous, you can take public bus 70 (but make sure to check its timetable, as it runs only five times a day).