The Blessed Rock of Demir Baba 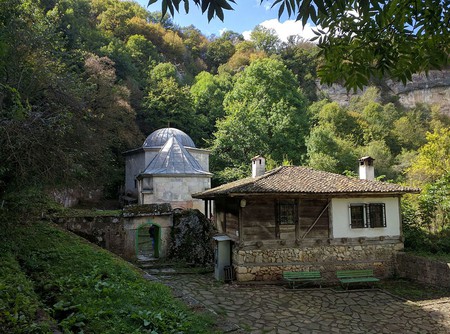 Bulgarians are mainly Orthodox Christians, with the second largest religion in the country being Islam. However in some particular religious sites, everyone is welcome regardless of their beliefs. Demir Baba Teke is one of these places, and has been considered holy for more than 3,000 years.

Demir Baba Teke is a mausoleum, located at Razgrad Province in northeastern Bulgaria, dedicated to a 16-century Alevi saint called Demir Baba, whose body is believed to still lie in the tomb inside the main building. Demir Baba healed people and spread his wisdom while he was alive, while nowadays his relics are considered sacred and to work miracles. Alevism is a mystical branch of Islam, which doesn’t require it’s followers to visit a mosque or observe too many rituals, the focus being more on the inner belief and pilgrimage. It is known for being very tolerant of all other religions. The word ‘teke‘ stands for a sacred Alevi place with a mausoleum, which means the Demir Baba Teke is a place for people of all religions to worship and reflect. 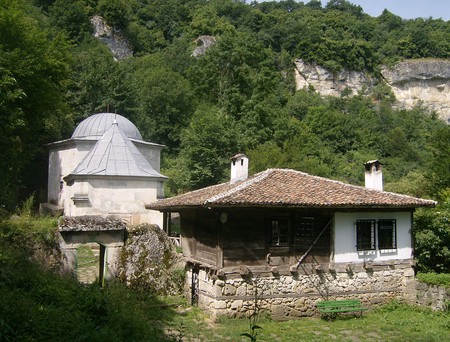 Archaeological research has found that the Alevi teke was built on top of an earlier Thracian sanctuary. This is a fairly common practice all over Bulgaria – one religion’s place of worship pops up on top of the previous one. There is a small museum house where documents and information about Demir Baba and Alevism are exhibited but most people don’t come here for the history. The teke and the water spring inside its yard are rumored to have healing powers. As you wander around the buildings, you will see many pieces of clothing, socks, and handkerchiefs tied to tree branches. This is due to the local belief that if a sick person ties a piece of cloth at a sacred place, their sickness will remain with the cloth and they will leave healthy. 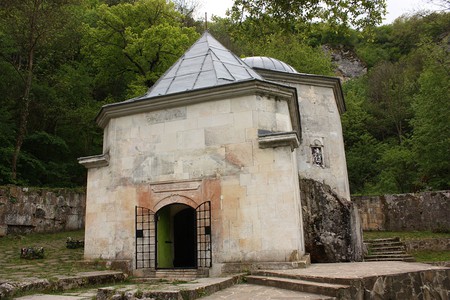 There are many rituals people perform when they visit Demir Baba Teke but two of the most important are drinking from the spring and walking with their eyes closed to a special place where their fingers should fit into two openings on the wall (this one is called “pricking out the eyes of the witch”).

Visiting Demir Baba Teke is free of charge and it doesn’t have specific opening hours – normally it will be open every day until sunset.

What else to see

The Thracian Tomb of Sveshtari is located just 1.5 miles (3 km) along the road from Demir Baba Teke. This UNESCO-protected site features impressive bas-relief female figures decorating the walls of what was designed to be the eternal home of the body of an ancient Thracian king.