The Best Things to See and Do in Varna

Varna | © Nikolay Volnov/Flickr
If you are in Varna, it’s probably the summer and you are looking to soak up the sun during long hours spent on the beach. Varna, though, has much more to offer. Here’s a list of the best things to do and see in the Seaside Capital of Bulgaria.

Get sporty in the Sea Garden

This manicured city garden is equally welcoming to those who are looking for some cool air in the shade on a hot day and those who want to keep fit and join the jogging enthusiasts in the crisp morning air. There are benches with a sea view, a small bridge said to make wishes come true if you walk over it backwards with your eyes closed, and a few places of interest such as the Observatory, the Aquarium, and the Naval Museum. From the Sea Garden you have direct access to the beach, which is dotted with bars and nightclubs.

See and hear the Singing Fountains

The Singing Fountains are where you can hum a favorite song while watching the show of the dancing colorful lights in the water. The fountains are located a stone’s throw away from the Theater and the Opera House and are active during the day as well (without the lights).

Aladzha Monastery is the biggest cave monastery on the Black Sea coast, where you can imagine what the life of medieval hermits was once like. The two-level cave complex was inhabited in 13th and 14th centuries and towers high on a 130-ft. (40-m.) limestone rock. You can see the church, a few monastic cells, a kitchen, and a dining space. The legend says that sometimes at night, you can still see the ghosts of the monks who used to live here. Today, the monastery is located in Golden Sands Natural Park, some 9 mi. (15 km.) from Varna, with a forest of rare tree species surrounding it. 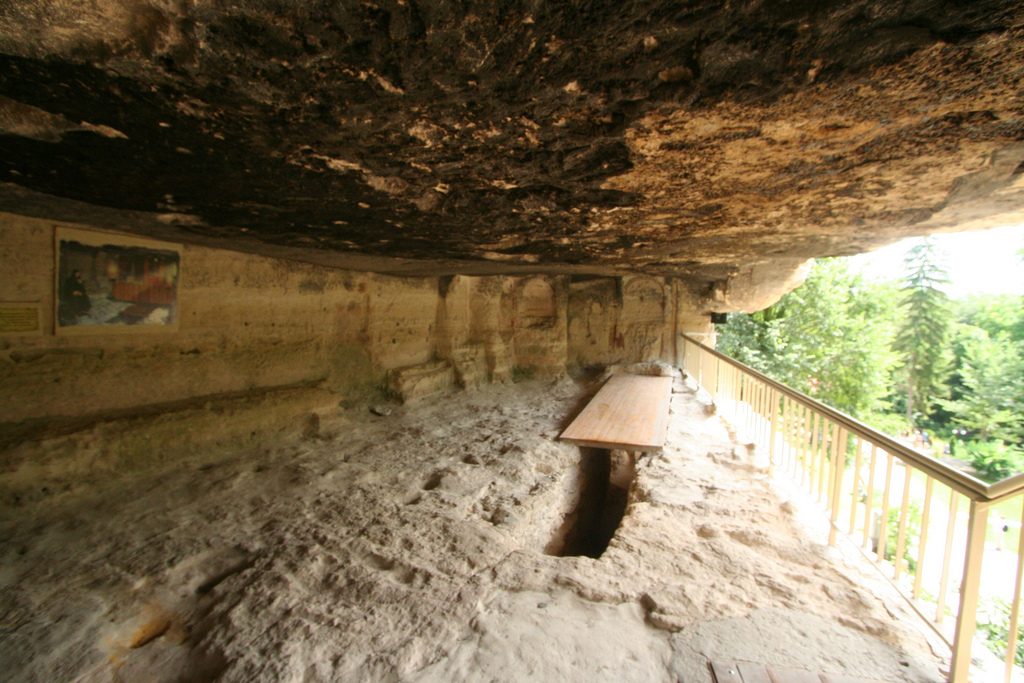 Varna has direct access to the beach with a smooth transition from the hectic city through the calm Sea Garden to the sandy coast with a selection of beach bars. You can spend a day basking in the sun with a cocktail in your hand or come here after dark for a hookah and more cocktails. In the summer, guest DJs make the nights special, and the party lingers till dawn. There are also a few untamed natural beaches, like Fichoza, which are crowd-free and a meeting point of alternative people.

The Retro Museum is a privately owned entity where you can get a tiny sense of what life under Communism used to be like in Bulgaria. You can walk through an array of everyday objects, such as home appliances or food brands, and see some of the slogans of the Communist party. In the spotlight, there are 50 makes of Communist-era cars that drove along Bulgarian roads 30 years ago.

Walk in a Stone Forest

Museum
Pobitite Kamani (The Stone Desert) | © Diego Delso, delso.photo/WikiCommons
You’ll have to rent a car or join a tour to get to the Stone Forest, as it’s 12 mi. (20 km.) outside the city; however, it’s totally worth the effort as this place is straight out of a fairytale. The stone pillars look as if a giant has hammered them into the ground (in fact, that’s what the legend says about how they were formed), while the real explanation for their formation is still unknown.
More Info
Open In Google Maps
2, Varna, 9144, Bulgaria
View menu
Visit website
Visit Facebook page
Send an Email
Give us feedback

Have a bite of traditional Bulgarian cuisine

Bulgarian cuisine is a mix of Balkan, Mediterranean, and Asian influences, and that’s what makes the flavors surprising at times. Hearty meats go with fresh salads in abundance, and of course, everything is soaked in generous amount of rakia (not literally soaked, but as Bulgarians are heavy drinkers, you might get the impression that rakia is poured in their glasses instead of water). Choose a food venue at the beach or in the pedestrian zone of the city where the variety is endless.

Get your adrenaline pumping at a water park

The nearby resort town of Golden Sands (Zlatni Pyasaci) features a busy golden-sand coast (hence the name) and a party atmosphere. If you are up for a little water-induced exhilaration, Aquapolis will welcome you with several water slides, including two covered tunnels and the crazy Kamikaze slide.