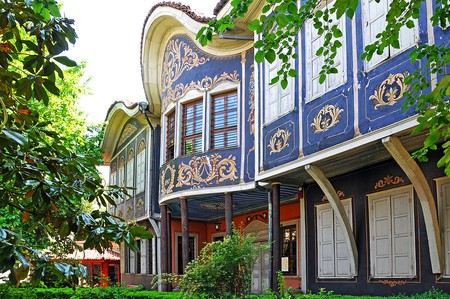 Plovdiv is the oldest living city in Europe (being inhabited without interruption since 6000 BC) and among the six oldest cities in the world. As you stroll around the city, you feel like you are in a history book – you can see buildings or evidence from almost every historical period. Walk up and down the cobblestone streets of the Old Town and explore its past with our guide.

The ancient names of Plovdiv

First of all, it is important to know where you are going. Through the years Plovdiv has been known as Eumolpia, Philippopolis, Pulpudeva, Puldin, Filibe, and Plovdiv. Many of these names today are alive in the names of restaurants, bars, and all kinds of enterprises.

Plovdiv’s first Neolithic settlement was established on top of one of the hills around 6000 BC, precisely where the Old Town is situated today. You can climb the hill and see the remains of a prehistoric settlement from a later period, between 4800 and 4000 BC.

The ancient part of the Old Town in Plovdiv | © RealSteel007/WikiCommons

In last decade of the 1st century AD, a beautiful new theater was built in Philippopolis. The ancient theater was used not only for public entertainment, though; it also hosted the official meetings of the local governors. Every family had its own rows and seats, and their names were engraved in stone. You can see some of the names even today. In summer, live concerts and opera theater performances take place here. 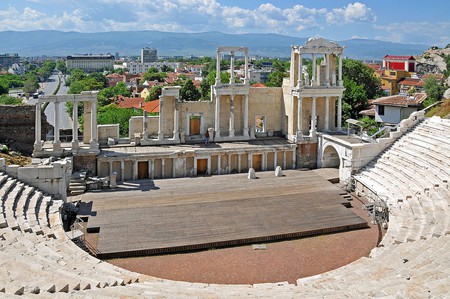 The Middle Ages were a difficult time for Plovdiv, as it was conquered by one country after another but still tried to preserve its leading trading position. From this period, the Eastern Gate of the fortress has been preserved (Hisar Kapiya). In in the 14th century, the city fell under the control of the Ottoman empire and was part of it for five centuries. 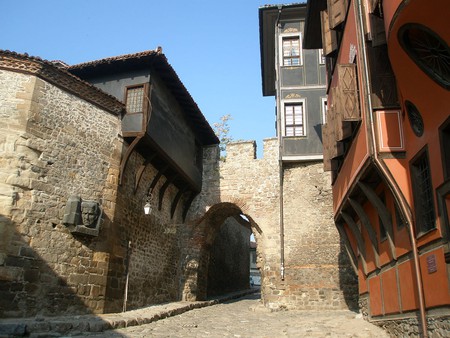 Hisar Kapiya, one of the gates of the medieval fortress in Plovdiv | © Birdas/WikiCommons

At the end of the 19th century, during the so-called Bulgarian National Revival, many Bulgarians established trade connections with Central and Western Europe. They built new houses, huge and majestic like royal palaces, many of which are still preserved as museums in today’s Old Town. Bulgarian traders brought ideas, architecture styles, and know-how from the rest of Europe and created their own little Europes in their own houses.

Visit the Ethnographic Museum, the Hindliyan House, Balabanov’s House, or the Nedkovich House to marvel at the wood-carved ceilings, the vast reception halls and ballrooms, and the views from all over the world painted on their walls. 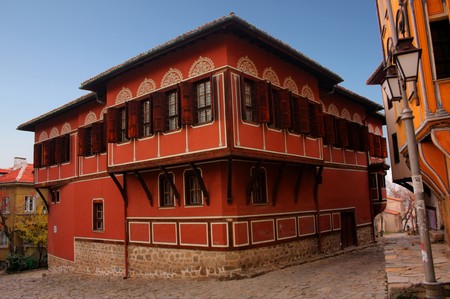 Finish your visit with a coffee in some of the old-fashioned cafés in the Old Town, contemplating how centuries and cultures have mixed in such an amazing way.