A Guide to the Carnival in Gabrovo 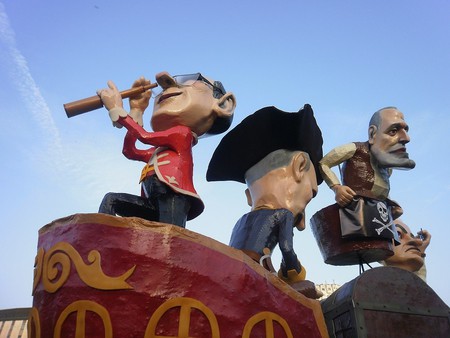 Carnivals are not very typical for the Balkan state of Bulgaria, but there is one town in northern Bulgaria known for its humorous inhabitants and its spring Carnival of Humor. If you visit Bulgaria in mid-May, make sure to include the Gabrovo Carnival in your itinerary.

A brief history of the carnival

The predecessor of the carnival is believed to date back to the 19th century, when a weekend of music, dances, and fun took place at the end of the winter. Over the years, the festival has changed forms and dates but has always kept its focus on humor, since Gabrovo is known as the Town of Humor. The carnival in its current form has been held since 1998. It usually takes place on the third weekend of May. 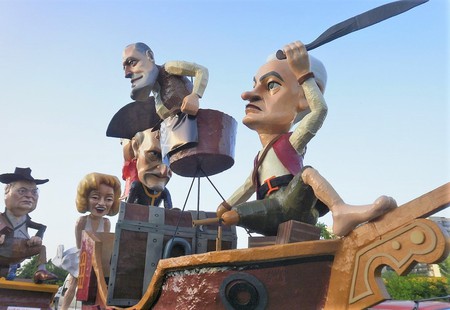 The carnival and the cat

The carnival program includes parades, street marionettes and acrobatics shows, concerts, circus shows, carnival make-up, carving workshops, and more. Special attention is paid to the cat, the symbol of Gabrovo, with a special cats exhibition. A popular joke says that Gabrovians are so frugal, that they cut off the tails of their cats so the door closes faster after them and the heat doesn’t escape in wintertime. That’s why the carnival mascot is a giant black cat with a cut-off tail.

Everyone is welcome to dress up and join the party. There is a carnival theme every year, which is primarily reflected in the main carnival figures at the parade. Unlike Kukeri, the traditional spring festival of monsters focused on centuries-old rituals, the carnival tackles topical issues such as local political fights, the economic situation in the country, or jokes of the moment. Everyone is welcome to join the street party or to enter the carnival contest with their own idea, thus becoming part of the main parade. 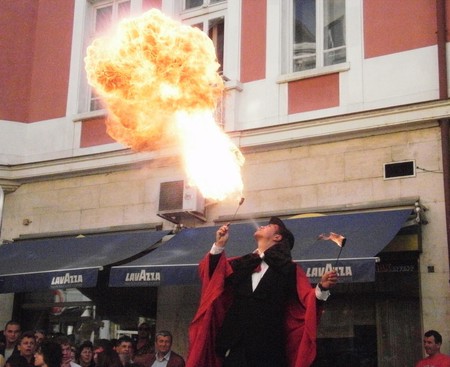 Gabrovo is a small town, and finding a place to sleep during the carnival might be a difficult task, so book well in advance. The restaurants and taverns in the town also get crowded, and you might need to wait for a table. If you want to skip the crowds, you can head to the nearby town of Sevlievo or to the historical village of Bozhentsi, both a short drive away from Gabrovo, for lunch or dinner.

Getting there and around

You can get to Gabrovo by bus from the Central Bus Station in Sofia, or by rental car. The main attractions in the city are the House of Humor and Satire and the Interactive Museum of Industry. A little out of town is the architectural open-air complex Etar where you can literally step back in time and see what a Bulgarian village looked like two centuries ago. The lively historical city of Veliko Tarnovo with its impressive fortress from the Second Bulgarian Empire is less than an hour’s drive away.