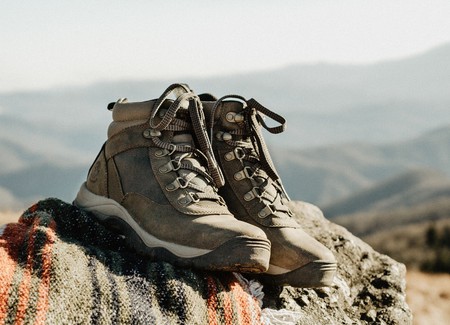 With Bulgaria’s abundance of mountains, you’ll be spoilt for choice when it comes to national parks, mountain trails of all levels of difficulty, and amazing views worth the hike. If you are a seasoned hiker and need a serious challenge, though, why not attempt to hike the longest mountain trail in the country – the Kom-Emine trail – an almost 440-mile-long (700 km) trail along the ridge of the Stara Planina (Balkan Mountains) that crosses the country from west to east.

The trail starts from Kom Peak, a three-hour hike from the town of Berkovitsa northwest of Sofia, and, after passing along the whole spine of the Stara Planina mountain range, it finishes at Emine Horn, at the Black Sea Coast. It usually takes between 17 and 20 or so days to cover the whole distance depending on the weather conditions and the physical preparation of the participants. The trail is divided into sections, so every day ends up at a mountain hut where the hikers spend the night. When hiking in organized groups, the participants often have a supporting vehicle that transports most of their luggage from hut to hut, so they don’t have to bring it with them all the time. Independent hikers carry their backpacks all the way.

Kom-Emine is in fact the last section of the European hiking route E3 connecting the Atlantic Ocean and the Black Sea. Its whole length is almost 4,350 mi (7,000 km). In its Bulgarian section, the route passes along interesting spots like the highest peak in Stara Planina, Botev Peak (7,795 ft/2,376 m), and the Buzludzha Monument (the UFO-like Communist relic). 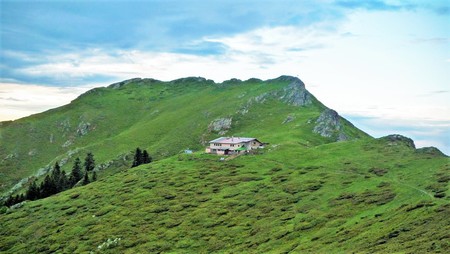 History of the Kom-Emine trail

When speaking about tourism in Bulgaria, there is a prominent figure who is believed to be the founder of the organized forms of tourism and hiking in Bulgaria, the Bulgarian writer Aleko Konstantinov. He is believed to be the first one to have proposed the idea of hiking the whole Bulgarian section of Stara Planina (the mountain range stretches into Serbia as well) from end to end. Due to his early death, he couldn’t fulfill this idea, and the first person to do it was Plamen Deliradev in 1933. In 1962, a group of skiers first covered the trail in the winter. 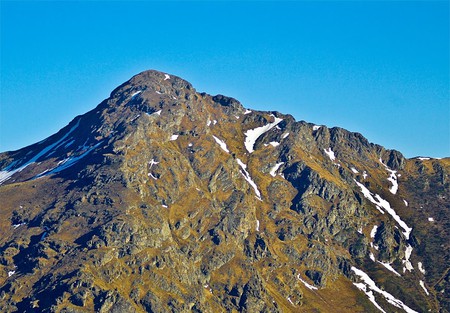 If you plan to hike the whole trail, considerable physical preparation is a must, since some of the sections of the route take around 15 hours of hiking a day. If this is your first time hiking in Bulgaria, it is also advisable to hire a local guide. Although the whole trail is marked, there are sections where the markings are faded or missing, and an inexperienced hiker can get lost. Stara Planina is known for its sudden changes of weather and severe summer storms that could come unexpectedly on your way.

All huts along the route offer food and beverages, so you don’t have to worry about taking too many supplies with you. The best time to plan hiking Kom-Emine is from the end of July until the end of August when the chances of rain and storms are the lowest and the days are longer.

The whole trail is marked in white-red-white stripes (summer markings) and black-and-yellow poles (winter markings that follow the summer trail for a great part of the route but avoid places dangerous for avalanches). You can find a useful website with maps and information about the route here. 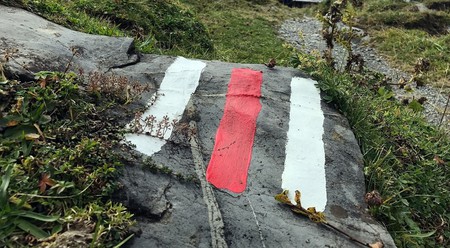 Records and alternative ways to cover the route

Being the most emblematic mountain trail in Bulgaria, Kom-Emine has turned into a challenge for many sportsmen. The current record for the fastest passing of the route is held by Kiril Nikolov (known as ‘The Disl’) who managed to reach the finishing point in 4 days, 13 hours and 5 minutes. The fastest time by mountain bike belongs to Ilko Iliev (3 days, 18 hours and 29 minutes), while the shortest winter hiking time (23 days) belongs to Teodor Atanasov.