A Guide to Exploring the Danube in Bulgaria 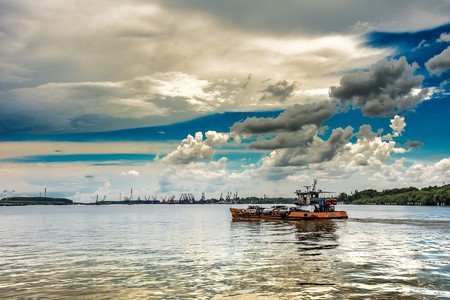 Bulgaria is a small country, and a curious traveler can easily explore it from end to end in two weeks. The Danube Region is one of the least visited areas in Bulgaria, and this is exactly what makes it such a gem for those searching for the unusual and genuine in a country. Here’s a quick guide to what to see and where to go around the Danube River in Bulgaria.

One of the poorest regions in Bulgaria

If you want to take a longer trip in the country, plan several stops along the Danube. The river stretches along the northern Romanian border almost all the way except for a small land border to the far east. A great part of the Danube region is an off-the-beaten-path destination not only for foreign tourists, but for Bulgarians as well. This is one of the poorest areas in Bulgaria (Northwestern Bulgaria was officially announced the poorest region in the EU) with many ghost villages and few attractions. This fact affects the locals and their life in a way you probably won’t be able to understand if you only stick to big cities like Sofia, Plovdiv and Varna. If you have already seen the Danube in other countries, like Austria or Germany, you may feel that its banks and surroundings are wild and in a way untouched in Bulgaria. 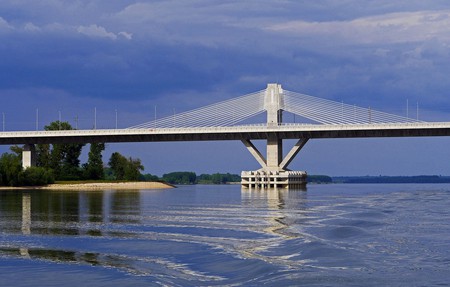 The bridge between Bulgaria and Romania at Vidin | © hpgruesen / Pixabay

Explore the Bulgarian cities along the Danube

Starting from west to east, there are several cities and towns worth visiting along the Danube coast in Bulgaria. Vidin is probably the best place to go if you want to see architectural relics of the Bulgarian empires, since it is home to the best preserved medieval castle in the country: Baba Vida Fortress. You can get a view of the river from the castle’s towers or peek into a prison in its basement. Vidin is also one of the two places where you can cross the Danube between Bulgaria and Romania via a bridge. The other crossing point is the town of Oryahovo, where several ferries cross the river daily. 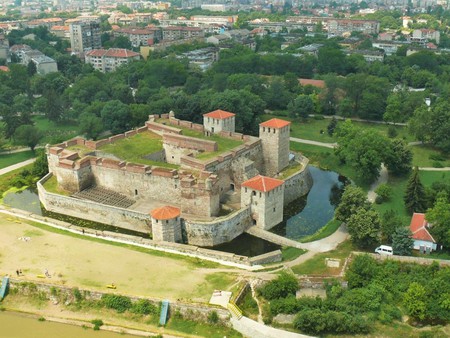 Continuing east, stop in Svishtov, a small riverside town that is livelier than most similar towns in Bulgaria because of its university. On the outskirts of Svishtov, you can visit the remains of the Roman Legion Camp Novae, where excavations have revealed a lot about the life of the Roman soldiers.

Ruse is probably the most vibrant of all the Danube cities in Bulgaria. The bridge connecting it to the capital of Romania, Bucharest, is only 45 miles (75 km) away, and makes it a popular weekend destination with the inhabitants of the Romanian capital. Ruse has preserved much of its architecture from the beginning of the twentieth century, mostly influenced by the Viennese aesthetics of the time. Not far from the city, the impressive Basarbovo Monastery and the UNESCO-protected Ivanovo Rock-Hewn Churches will show you a different side of the Bulgarian Orthodox Christianity. 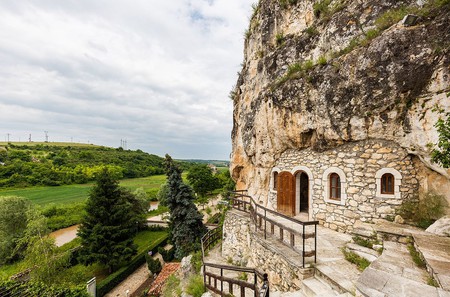 The Danube islands are as wild as the rest of the region, which makes them a treat for those who enjoy boating or kayaking in peace with no people around. None of the islands have a regular boat service, so you will have to rent a boat or a kayak from the fishermen in the towns along the coast. Some of the islands, like Mishka or Aleko may surprise you with their white sands and pristine forests, while others have had a darker history. The island of Belene, for example, long served as a concentration camp during the communist era in Bulgaria and still hosts a prison today. At the same time, it is part of a natural reserve and home to many wild animals and birds. 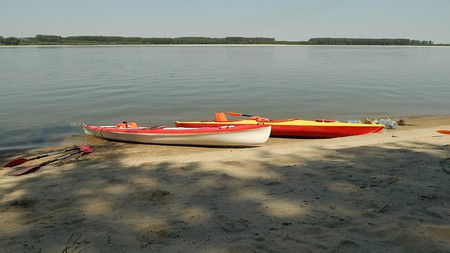 Because of the fact that they are not inhabited, many of the Bulgarian Danube islands have turned into natural reserves with bustling bird and fish life. Natural Park Persina protects four islands near the town of Nikopol and 19 more near Belene (including the mentioned Belene Island). Kalimok-Brashlen reserve comprises seven islands accessible from the town of Tutrakan. A hands-down locals’ favorite is Srebarna Nature Reserve with hundreds of rare and endangered birds visiting or nesting there. The reserve has a visitor’s center, where you can learn more about Srebarna Lake and the Danube, take a walk around the lake or peek at birds from the watching towers or live cams.