15 Archaeological Discoveries Made in Bulgaria 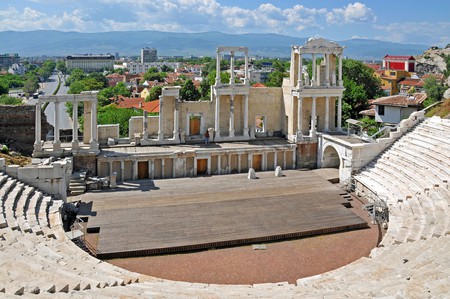 Did you know that the oldest gold treasure was found in Bulgaria, and that they were found by chance? Very often regular people were working in their gardens when they found centuries-old treasures. Here’s our list of the most amazing archaeological discoveries made in Bulgaria.

Varna Necropolis is considered one of the key archaeological sites for the understanding of human prehistory. It contains nearly 300 graves with hundreds of gold, copper and clay items discovered in them. The oldest known gold treasure crafted by the people of the Varna culture was found among the objects at the site, believed to be from 4560-4450 BC. 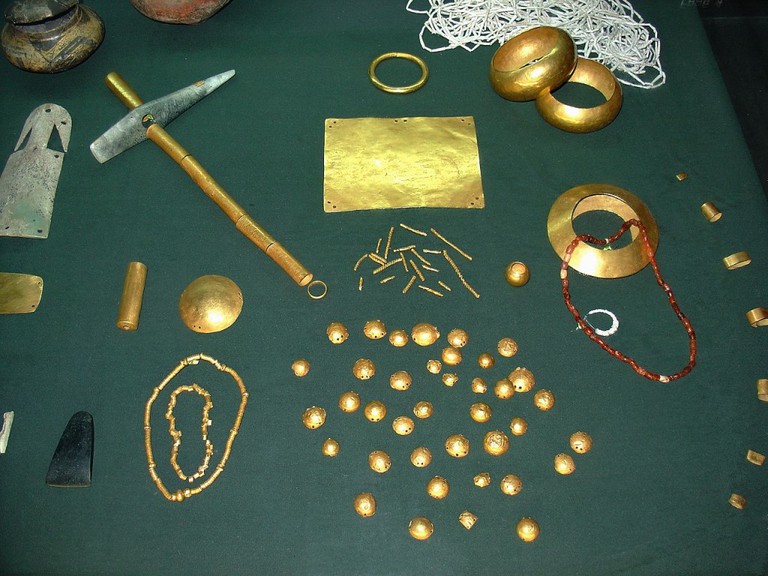 One of the most famous Bulgarian archaeological findings, and shown in many world museums, the Panagyurishte Gold was found by three brothers back in 1949 and consists of nine gold parts – a phiale, an amphora and seven rhytons weighing more than 6 kg of 24 carat gold. The treasure is believed to have been part of a ceremonial set used by some of the Thracian kings.

The treasure is displayed in The National History Museum in Sofia. 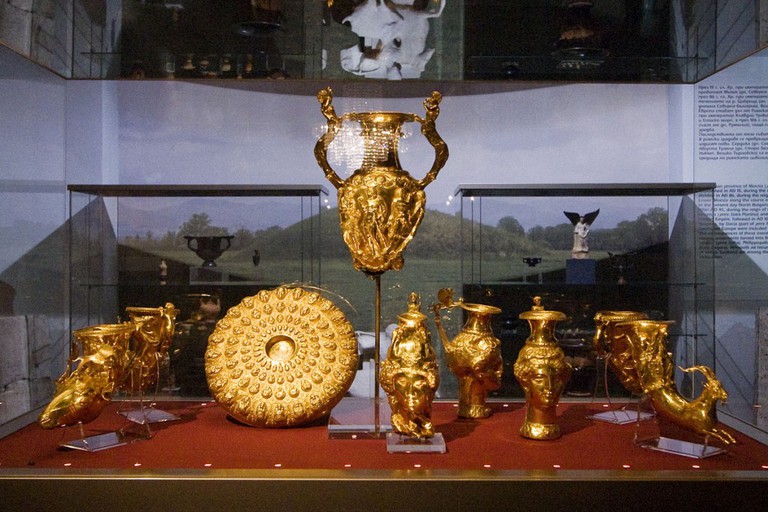 This is the biggest gold Thracian treasure ever found in Bulgaria. It was discovered in 1924 by two brothers working in their vineyard, and is particularly interesting because of the peculiar shape of the cups and bowls. Archaeologists believe the vessels were used for rituals dedicated to god Dionysus. You can see it at the National Archaeological Museum in Sofia. 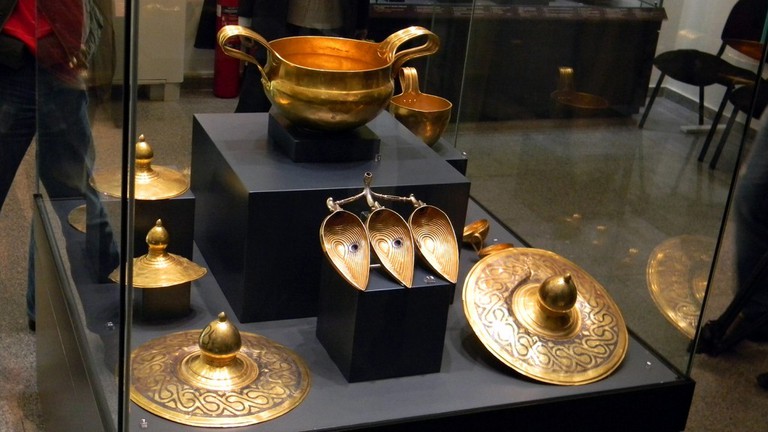 This discovery included 165 silver containers, some of them with golden gilt. It is considered very important because of the various motifs unveiling what the life of the ancient Thracians was. 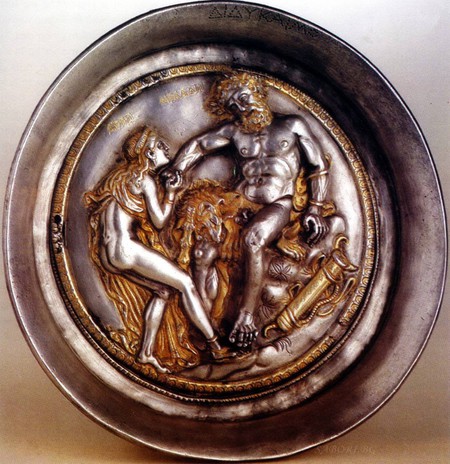 A table set of five silver-gilt containers with an inscription that suggests that the treasure might have been a present from one ancient Thracian king to another ruler. It was discovered in 1974 while ploughing near the village of Borovo. You can see the set in Rousse History Museum. 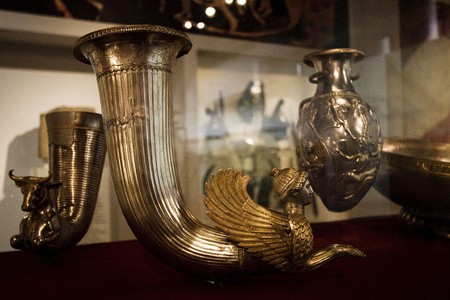 The Vampire from Sozopol

During the summer excavations in the Bulgarian seaside town of Sozopol, Bulgarian historian and director of the National History Museum Bozhidar Dimitrov announced that the skeleton of a Medieval vampire was discovered. The reason for this statement was that the skeleton was found with the metal part of a plough stuck in his chest – a ritual known to be used to prevent people from turning into vampires and becoming the living dead. In spite of the controversy this announcement caused, the Vampire from Bulgaria made it to the headlines of international newspapers. The skeleton is exhibited in the National History Museum in Sofia. 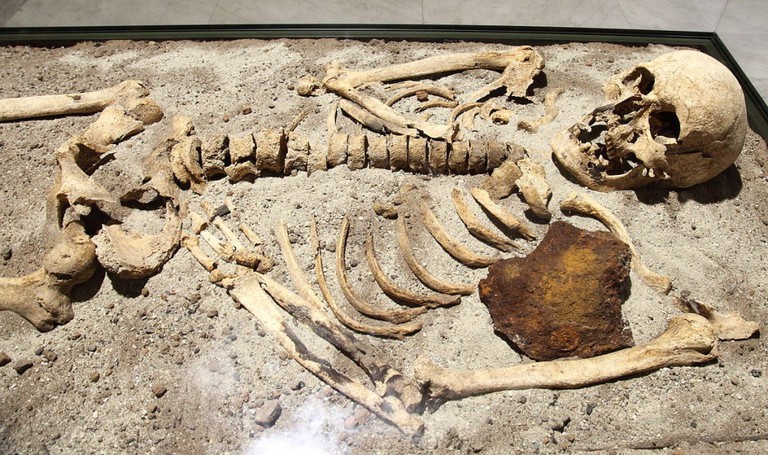 Starosel is a small village today but used to be a Thracian residence back in 5th century AD. In 2000, a magnificent king’s tomb was found near the village together with some fine gifts for the life after death and a symbolic grave. Starosel Tomb is open for visitors. 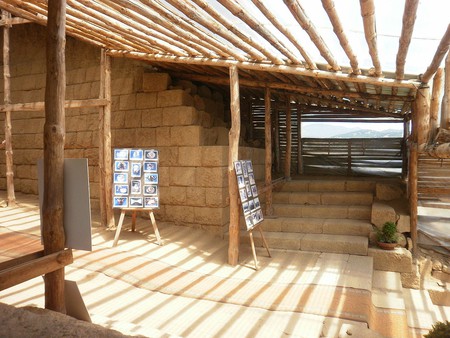 A beautifully decorated ancient Thracian tomb was accidentally discovered by soldiers in the town of Kazanlak in 1944. A noble man and a woman were buried inside together with a horse. The tomb became world famous for its detailed murals describing the life of the Thracian kings. In 1979, the Kazanlak tomb became part of the UNESCO World Heritage List. Due to the bad condition of the frescoes, a copy of the tomb was constructed and only the copy can be visited today. 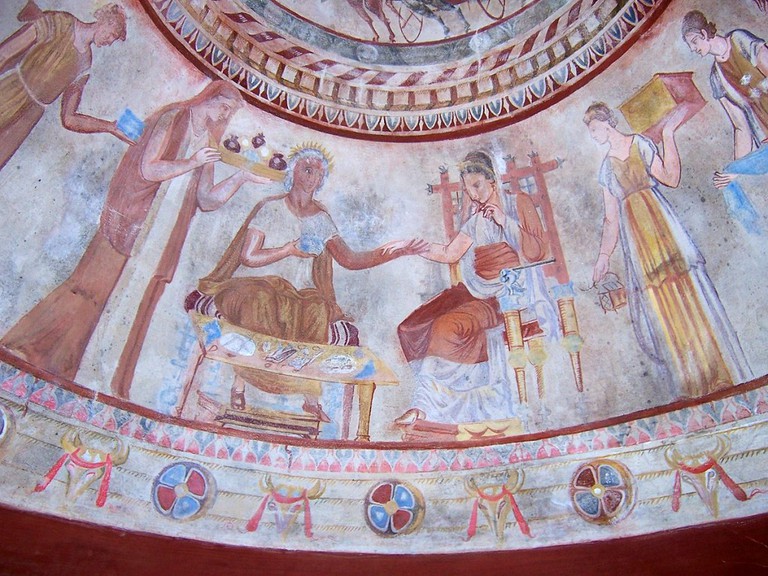 2300 years ago, a local Thracian ruler wanted to have his eternal home prepared for when he entered the afterlife. He died before all the decoration was completed, but his body was put into the tomb and a mound of earth was piled on top of the tomb. It was not until 1982 when the tomb was discovered and three years later it became part of the UNESCO World Heritage List.

The ancient city of Perperikon

Excavations in the Rhodope Mountains in 2000 revealed a whole ancient city with a palace and a huge altar for ancient wine rituals. Further on-site work discovered a 5th-century church. Nowadays you can stroll around the ancient city and discover for yourself layers of history built one upon the other.

Thracian King Seuthes III ruled the Odrysian Kingdom back in 4th century AD. Around 325 AD he started building a new capital named after himself, Seuthopolis, with a royal palace and a sanctuary. The city was found during the construction of the Koprinka Reservoir and the artefacts were taken away. It was decided, however, that the construction of the reservoir should continue and now the ancient city lies at the bottom of the reservoir. 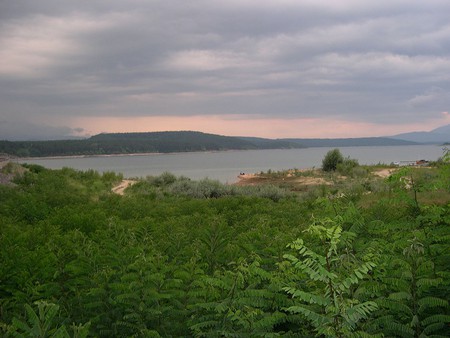 The Ancient Serdica in the heart of Sofia

It’s been known for more than 140 years that under today’s Sofia the remains of the ancient Roman city Ulpia Serdica lie. The major archaeological excavations, however, were started after the bombing of Sofia during World War II. Today you can see some of the buildings and streets of Serdica between the Presidency and TSUM (ЦУМ) trade centre in the heart of Sofia, near the mineral water fountains across the Mosque, and near the Catholic Cathedral. The Roman Emperor Constantine the Great spent a lot of time in Serdica famously saying “Serdica is my Rome”. 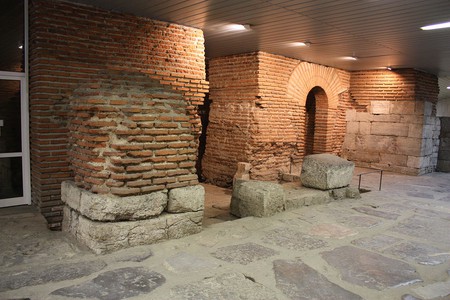 For many years, the place where the Ancient Roman Theatre in Plovdiv is situated today was schoolyard where children used to play until the 1960s when excavations took place. The theatre can host up to 7000 guests and was used both as a theatre and as a gathering spot for the local noble families to discuss political issues. Nowadays, the theatre is used for open-air performances in summer and it’s an open-air museum that can be visited anytime. 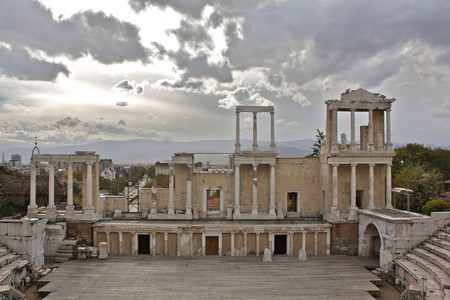 In 106 AD, Emperor Marcus Ulpius Traianus gave his name to the city, Stara Zagora, together with the rights of a city-state eligible to mint its own bronze coins. At the time, Augusta Traiana was the second biggest city in the Roman province of Thrace, after Philippopolis (today Plovdiv). Many new buildings were constructed at that time, including the forum discovered during construction works and functioning as an open-air museum and a summer theatre stage. 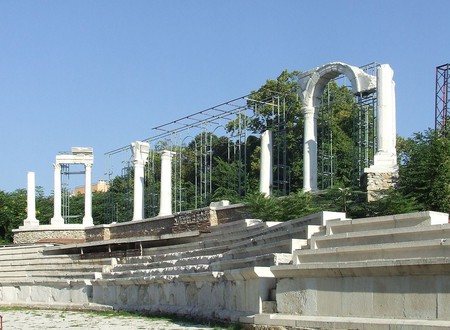 The Thracians had a sophisticated set of rituals connected with the worship of the Sun. Begliktash is one of the most famous Thracian sanctuaries, which is situated 5 km from the seaside town of Primorsko. It was discovered more than a century ago but for a long time it was not accessible because it was part of a communist leader’s property. The huge rocks are naturally formed and naturally arrange, but some of them have been carved for religious rituals by the Thracians. 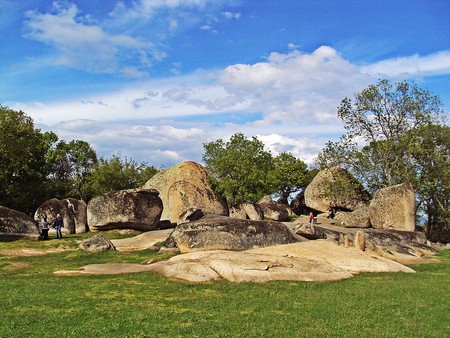