The Best Street Food In Sarajevo, Bosnia And Herzegovina

Sarajevo is the busy and vibrant capital city of Bosnia & Herzegovina, and is home to a unique blend of old Ottoman culture and modern cosmopolitan lifestyle. Sarajevo’s Old Town is a historic district full of restaurants and cafes, as well as plenty of street vendors, so is a great place to get a taste of the best street food. Check out our guide to the best street food dishes to try when exploring the city. 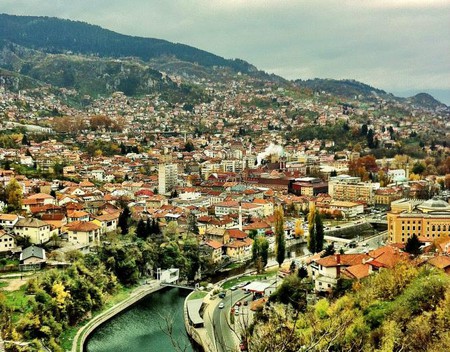 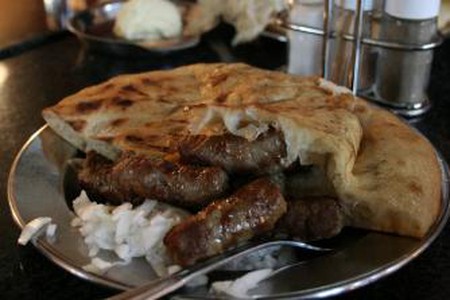 Probably Bosnia & Herzegovina’s most well-known dish is ćevapi, which is minced meat formed into sausages and served inside a flatbread with onions and sauce. It is the country’s national dish, and can be found in most restaurants as well as on street stalls. The sausages are grilled, and then placed inside the bread, which has been warmed through; the sauce is usually cottage cheese or sour cream, and then the whole serving is topped off with raw or fried cubed white onion. Each serving of ćevapi contains around 10 small sausages, so it makes for a pretty filling meal. 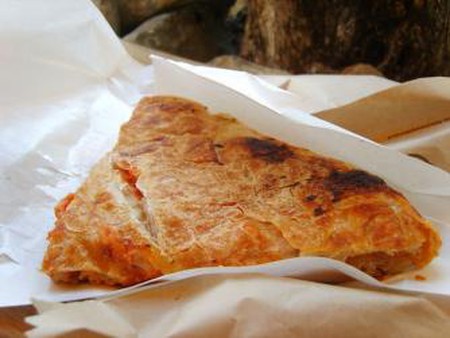 For a deliciously filling and cheap meal, burek (or börek) is a kind of pie made with filo pastry and spiced minced meat. Burek is a dish of Turkish origin, and is popular in Bosnia & Herzegovina thanks to the region’s Ottoman heritage. It can be eaten at any time of day, even breakfast, and is especially popular with Bosniak Muslims fasting during Ramadan. The pastry is stuffed with filling and then rolled into a spiral, from which generous slices are then cut. The most common filling is minced beef, but other fillings include spinach and cottage cheese, and potato. Huge portions of burek can be bought from most bakeries for just a few Bosnian convertible marks. 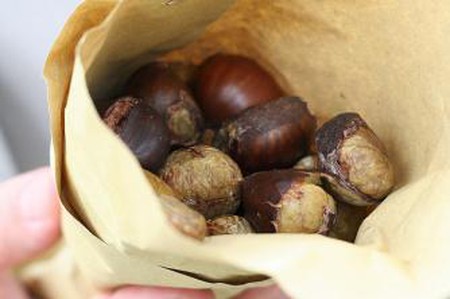 A common sight on Sarajevo’s streets are vendors selling roasted chestnuts. The chestnuts are roasted in a large rectangular pan over fire, and a small handful, bought for just a few Bosnian convertible marks, makes a delicious snack. Street vendors can be found all around the city, and especially in The Old Town quarter, or Baščaršija.

Somun is a simple but tasty flatbread found at most bakeries and street stalls. It is most similar to pita, and is soft and chewy and goes perfectly with a variety of dips. Given Bosnia’s geographical proximity to Greece and the Middle East, accompaniments such as falafel, taramasalata and hummus are common. Somun is popular as a great snack to grab and go while touring Sarajevo’s Old Town. It is also the bread used with ćevapi. 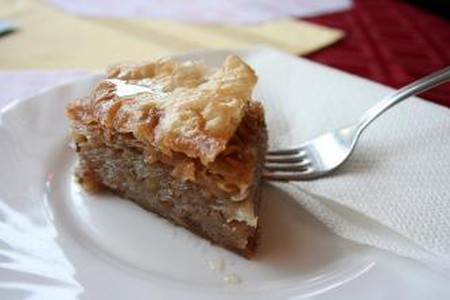 Also a popular dish in Bosnia’s neighboring countries, baklava is a rich pastry-based dessert. Similarly to burek, it is of Turkish origin and so has been passed on to Bosnia as a legacy of Ottoman rule in the region. It is made with layers of flaky pastry with chopped nuts and honey, or another sweet and syrupy alternative. It is served at room temperature, and makes a lovely sweet finish to a meat-heavy main course. Baklava can be found in most bakeries to take away and enjoy as an after dinner treat. 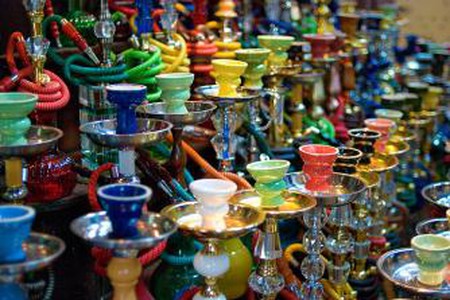 While not a street food as such, no trip to Sarajevo would be complete without enjoying a relaxing shisha on the outdoor terrace of one of the city’s many shisha bars. The best place to go for shisha is the Old Town, where the old eastern architecture and traditional Ottoman market stalls add to the experience of historic Sarajevo. Many of the bars offers an enticing range of flavors, some more unusual than others, and for the best atmosphere go after dinner.