The 10 Most Beautiful Castles In Bosnia And Herzegovina

Sarajevo sunset ©Michał Huniewicz
Medieval Bosnia was a society made up of small, often warring, communities, and it is from this period that most of the country’s castles originate. Here are the most beautiful castles to explore.

Inside the historic fortress town of Jajce is Jajce Castle, built sometime during the 14th century when the city was the capital of an independent Bosnia. Jajce itself is a small city, but its Old Town is truly beautiful. Much of the medieval buildings that once made up the fortress have been maintained. The castle, which looks out over the Old Town, was once home to local kings, and at the entrance to the castle their crest can still be seen. From the castle visitors can take in stunning views of the surrounding lush green mountains, and can also spot the famous Jajce waterfall, which is found right in the heart of the city. The castle is open to visitors during the day. 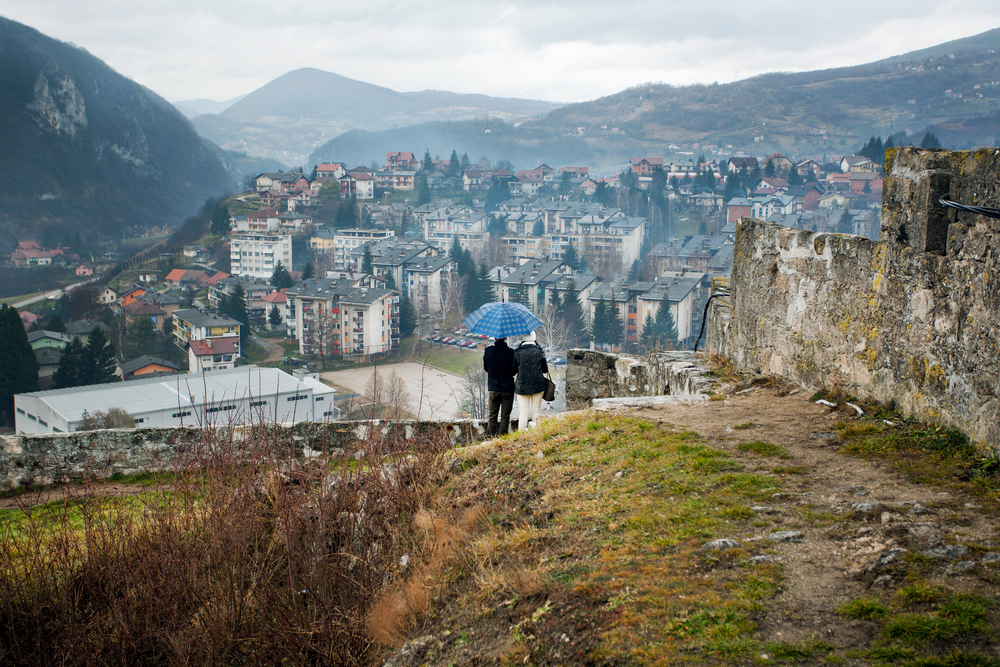 Tešanj Castle is one of the largest in all of Bosnia. The city of Tešanj, where the castle is found, dates back to the 15th century. It has a tumultuous history of Ottoman and Hungarian occupation (the town itself is full of Ottoman buildings and sites, which are worth exploring). The castle is on top of a hill overlooking the city, and is remarkably well preserved. There is evidence of a fortress of some kind on that site since Roman times, although the current castle has developed primarily since the foundation of Tešanj in the 1400s. It was once an important Ottoman stronghold and housed a permanent army. The castle is open to visitors, and offers outstanding views of the surrounding landscape. 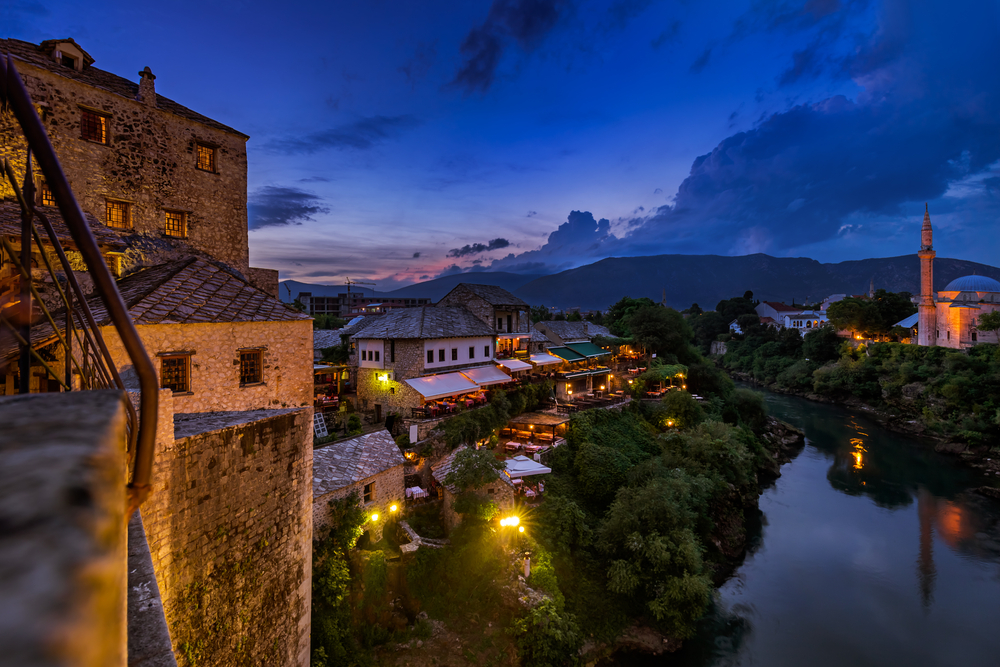 One of Sarajevo’s most iconic landmarks is the ruins of Bijela Tabija, or ‘White Fortress’. It overlooks Sarajevo’s old quarter and dates back to the mid-1500s, although this date is not certain. It is perched precariously on the edge of a cliff-face, which gives visitors amazing panoramic views of Sarajevo as far as the eye can see. As it is a protected national monument, there are various plans to make it into a proper tourist attraction. Currently, it is yet to be fully restored from the damage it obtained during the civil war. The Vratnik citadel, which the fortress overlooks, is also a lovely medieval area of the city to explore and is relatively quiet and less touristy when compared to Sarajevo’s Old Town and city center. 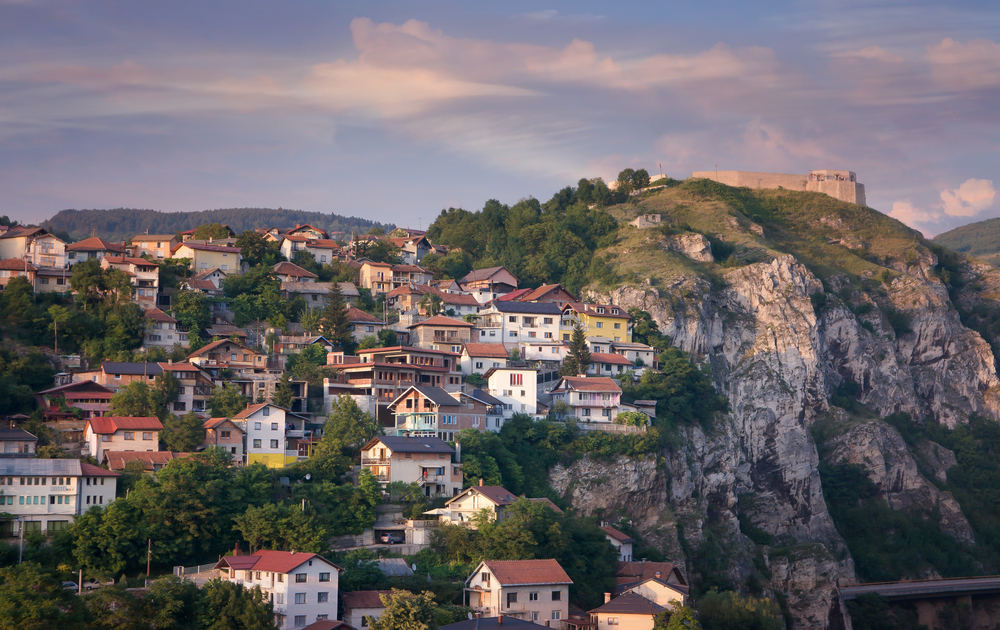 Travnik is a beautiful town not too far from Sarajevo, and encompasses a good mix of medieval and also Ottoman architecture. The old quarter of the city, which was once part of the fortress, is home to several mosques with exemplary Islamic design – worth having a look at before exploring the castle. The central tower of Travnik castle is well preserved. It contains a small museum covering the history of the city. Visitors can also walk around all sides of the walled area to get a 360-degree view of the surrounding landscape. one of the things visitors can see is the castle’s original moat. Generally speaking, Travnik was not greatly affected by the recent civil war so most of its historical sites remain in good condition. This makes Travnik and the castle an ideal location to get taste of historic Bosnia. 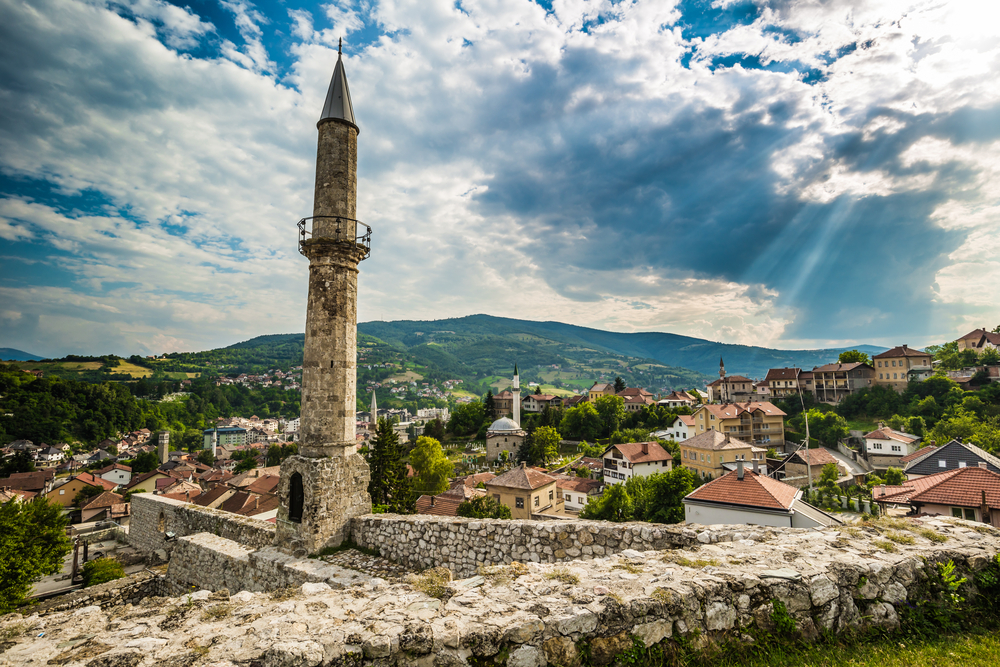 One of Bosnia’s Gothic treasures is Ostrožac Castle, located high on the edge of a valley and overlooking the Una River. It has much more of an eastern European feel to it rather than medieval or Ottoman. It is newer than many other of the country’s castles, having been built in the 16th century. In the early 20th century it was added to by the Habsburg family, and the outer structure is still in a good condition with a number of door and window fittings still remaining. The inside however (which is open to explore) has been completely gutted. It has an eerie atmosphere well suited to its Gothic architecture. 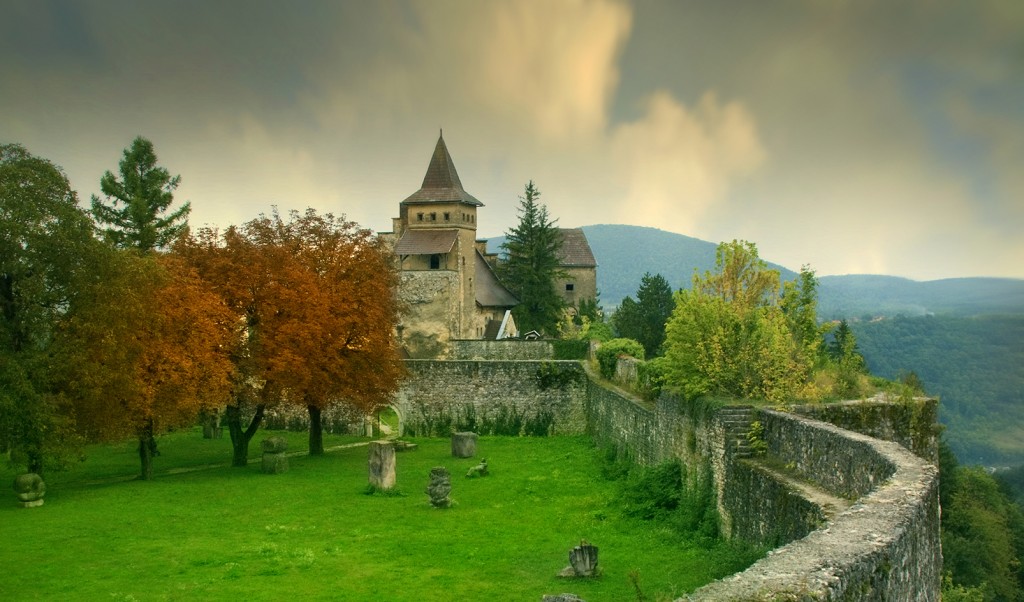 Located a little way outside of the town of Blagaj, near the popular tourist city of Mostar, is a castle once home to King Herceg-Stjepan. The castle itself still has most of its outer structure, but the landscape leading up to it from Blagaj is littered with the occasional rocky ruin, which was once part of the surrounding fortress town. The castle is one of the largest in the region, with impressive sheer stone walls and typical medieval turrets. From the castle, visitors can look out onto beautiful views of the town and river in the valley below, which really gives a sense of the scale of the castle. The castle is a protected national monument and is free and open for visitors to explore. 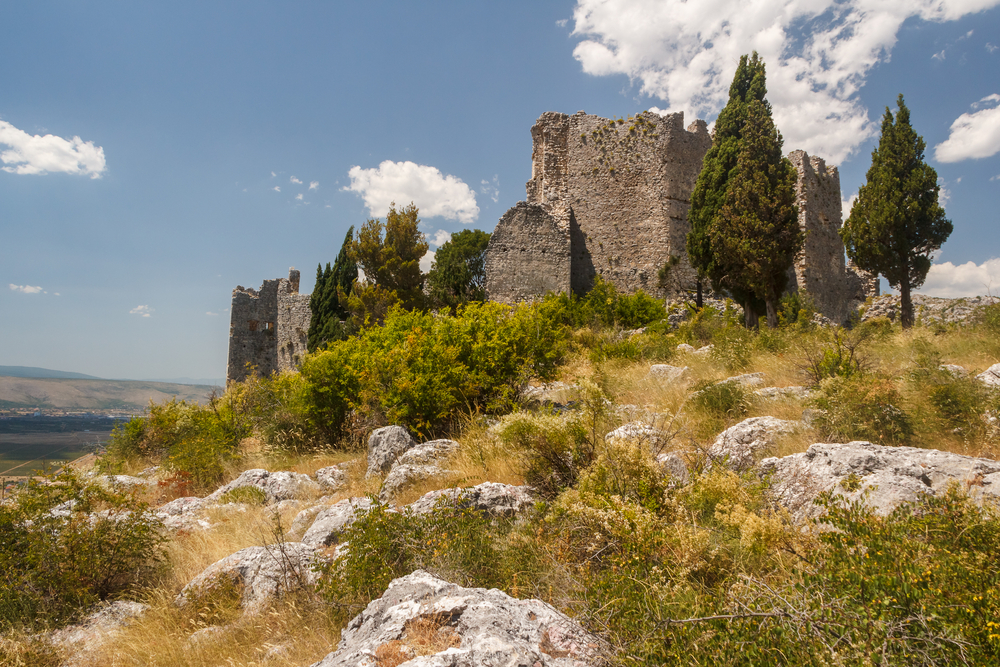 Ruins of the medieval castle of Blagaj, Bosnia and Herzegovina © Lev Levin / Shutterstock

One of Bosnia’s oldest and also best preserved castles is Srebrenik Fortress which dates back to 1333. Located in the far north of the country, near to the city of Srebrenik, it was the birthplace of Bosnia’s first king. The main outer walls and towers of the castle are still in excellent condition, and it still looms over the surrounding area from its prominent position in a high rock. The rock is isolated from the surrounding hills, which in the past made the castle well fortified. Today however, visitors can use a bridge to get across. 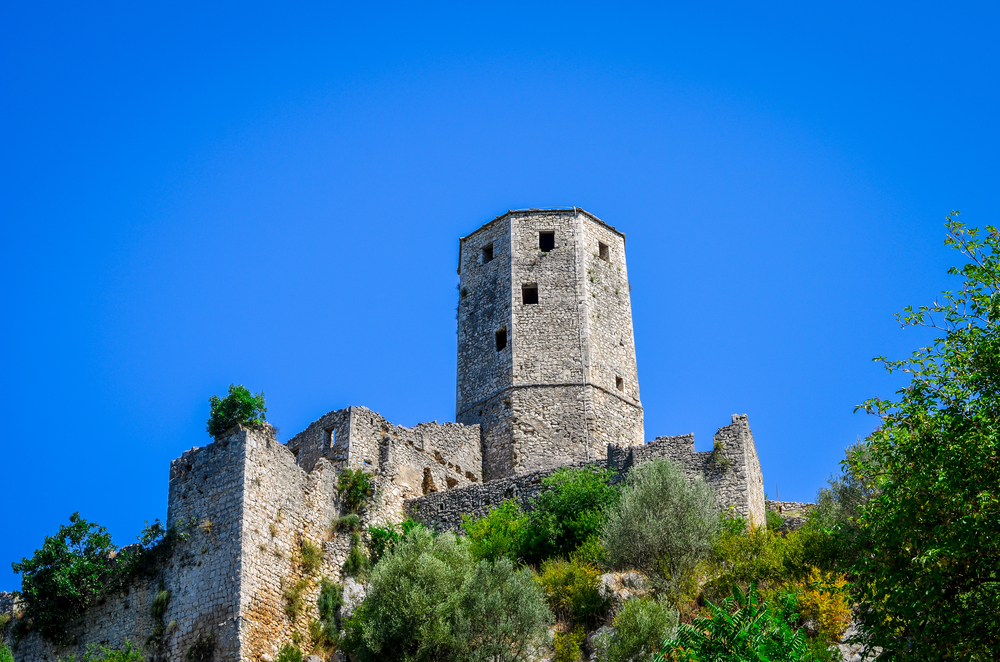 Bobovac is a medieval fortified city near to the present-day town of Vareš. The fortress was first mentioned in documents dating back 1349, and it has been home to various Bosnian rulers as well as local kings throughout its history. It was once even home to the crown jewels of Bosnia, since it is one of the country’s most well protected fortresses. It features a mausoleum where the skeletons of nine kings have been discovered. Bobovac was also the last seat of the Bosnian rulers before the Ottomans took over in the mid 1400s. Its size demonstrates well the grandeur of the Bosnian kings before they finally lost power.

Citadel Počitelj is a small fortress that is still inhabited today. It was built in the late 14th century, but was expanded by the Ottomans and the Hungarians throughout its history. The citadel used to be of high strategic importance, but since the late 1800s it lost its usefulness. Consequently, much of the original architecture has not been tampered with since then, and it is therefore exemplary of medieval and Ottoman design. Within the citadel is a fortress built in the 15th century, which is also well preserved. The citadel benefited from being relatively unscathed during the civil war of the 1990s. 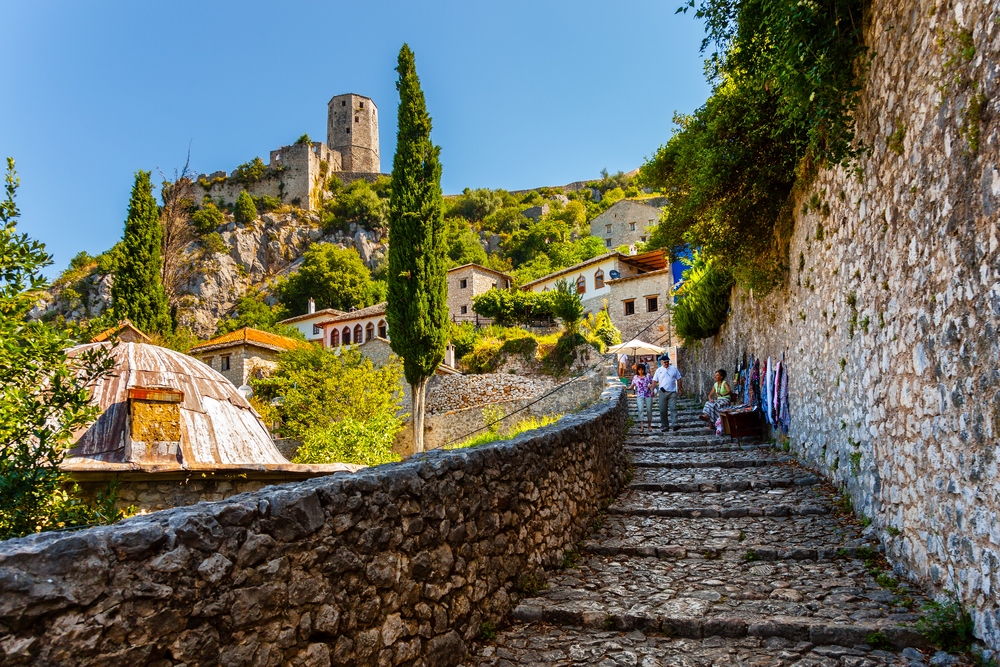 One of Bosnia’s oldest fortified sites is Doboj Fortress. While the fortress that can be seen today dates from the 15th century, there is evidence of similar structures on the same site going back as far as the 10th century. It has a recognizable tower, the ‘Captain’s Tower’, which is square shaped and in a prime position looking out over the valley. The fortress was the location of a significant battle in the early 1400s between the Bosnians, Ottomans and Hungarians, with the Bosnians and Ottomans successfully defeating the Hungarians. As a consequence, the Hungarians did not attempt an attack on the Bosnian-Turk kingdom for another 30 years or so. Today, the castle is open to tourists and has a number of archaeological exhibits and entertainment events. 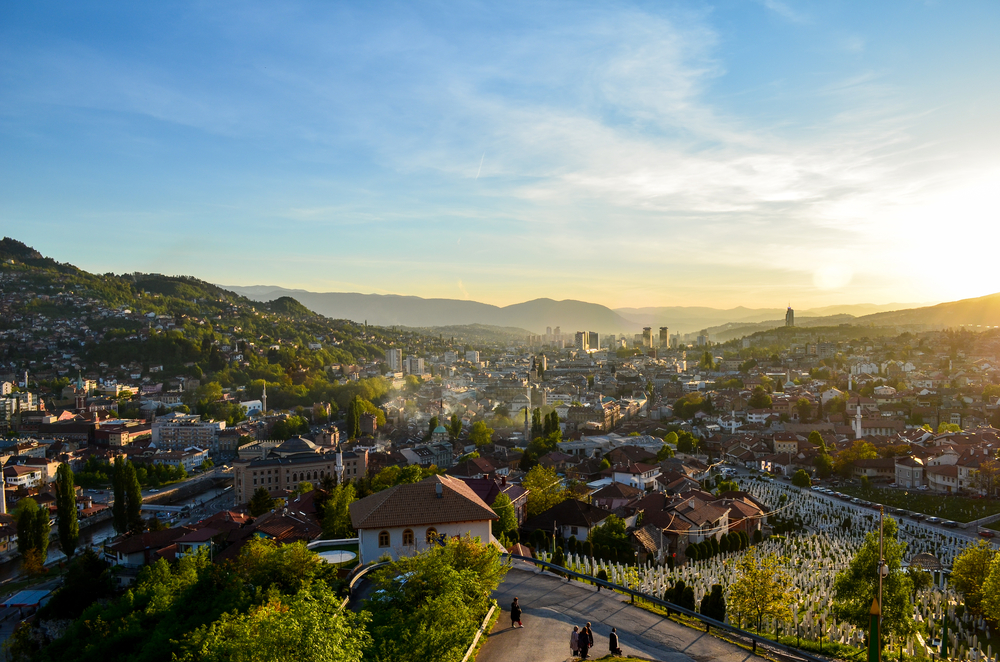