An electrifying voice from Sarajevo has forcefully launched the lovelorn, melancholy Bosnian sevdahlinke (sevdah songs) into the hearts of music lovers worldwide. Mesmerising audiences with her stripped back approach, Amira Medunjanin sings dramatic Balkan blues that defy linguistic interpretation, in a way that harkens back to jazz and blues legends like Billie Holiday. 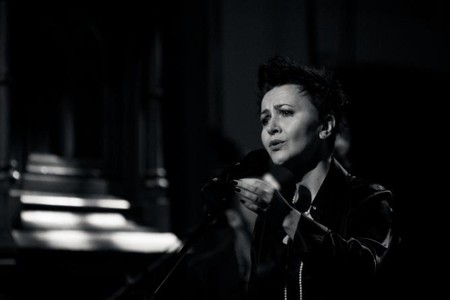 Much like the Portuguese saudade, or the Spanish duende, sevdah expresses the state of a mournful, melancholy heart, a yearning and a hymn to a love that pains you even at its most euphoric moments. In a collective global narrative soulfully built and popularised by Cesaria Evora’s Capoverdean morna, Amalia Rodriguez’s Portuguese fado, Edith Piaf’s lamenting French chanson and, more notably, Billie Holiday’s legendary angst-ridden jazz standards, Amira Medunjanin embodies the heart and soul of traditional Balkan sevdahlinka. 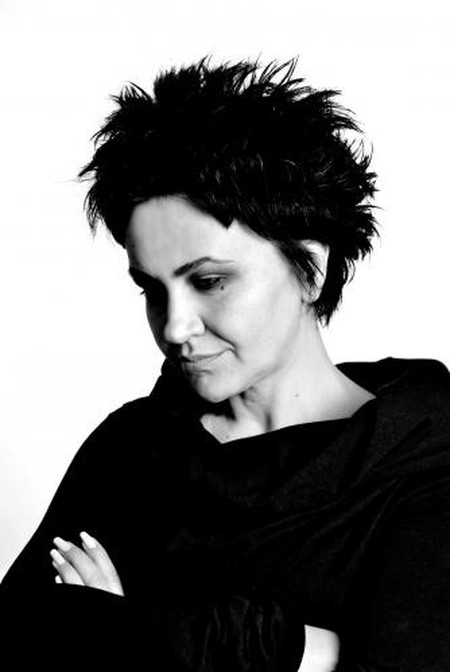 Sarajevo-born Medunjanin was in her teens in 1992, when the Bosnian war and its following atrocities broke loose. And according to a recent interview she gave the Observer’s Ed Vulliamy, the idea of being a singer was then still unformed in her young mind. Instead, she eagerly rushed to attend the risky, do-it-yourself, literally underground gigs that her husband-to-be Bekim Medunjanin helped organise in city cellars at the time, joining other fascinated, rhythm-hungry young people in sheltering from the violence which gripped their city.

Her future acquaintance with the musically restless Medunjanin would eventually open the vocal path before her, providing her with the ability to transport her people’s trials and tribulations like no other. She mostly sings of the haunting sufferings of love and war almost completely stripped of musical ornaments, whilst also reinterpreting and reinventing the Bosnian folk tradition. In records like Zumra (Emerald), her collaboration with widely acclaimed Bosnian accordionist Merima Kljuco, her music borders occasionally on playful craze, mixing it up with the Macedonian and Sephardic legacies. The unifying truth and core is found in Amira’s voice, holding its own against sadness, change, or loss.

Her type of sevdahlinka never ventures far from the traditional beauties of the genre, magnificently professed, initially, in the twelve songs of her 2005 debut Rosa. In the process, she also embraced the improvisational side-roads and nuances of jazz. From Amira, her live collaboration with jazz pianist Kim Burton (part of the 12th international music festival Jazz Fest Sarajevo), to Amulette, her most recent studio album with award-winning Serbian jazz pianist Bojan Z, Serbian bassist Nenad Vasilic and Lebanese percussionist Bachar Khalifeshe, she embodies the emotive purity and power she is now known for. 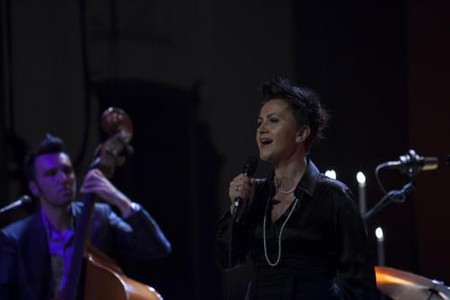 The singer-songwriter is largely responsible for the recent popularity of sevdah, which has left Balkan ground and reached more and more European homes, gaining rave reviews from world music magazines and reverberating to spellbound live audiences. From Stockholm to Liverpool and from boisterous jazz festivals to laid-out-bare solo performances, her vocal charisma unfailingly moves and captivates. Even as an authoritative jazz piano wanders off to more distant sonic destinations, the devout listener will always find a way back home, to Amira’s electric soul.