13 Reasons Why You Should Visit Bosnia Over Croatia

Croatia gets more than 15 visitors for every one to neighbouring Bosnia. Here are 13 reasons why Bosnia makes a better tourist destination for those looking for a historical and cultural experience.

Bosnia doesn’t have endless stretches of coastline nor does it have more than 1000 islands, like Croatia. Instead, visitors have mountains, Ottoman-style old towns, and more affordable prices to enjoy. 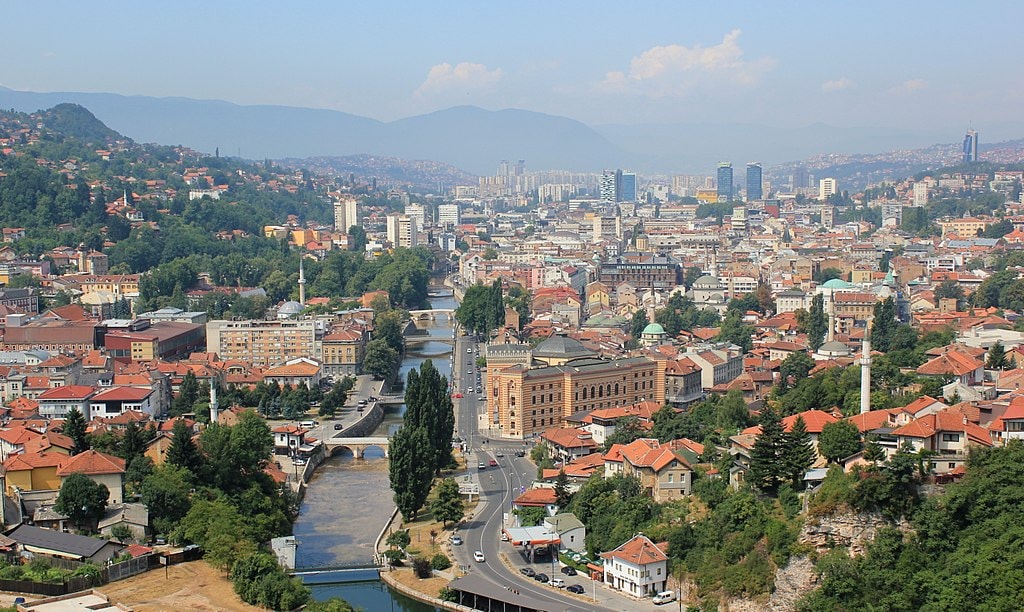 It’s a mixture of East and West in Europe

Bosnia’s rich history dates back more than a thousand years. It was largely Christian until the Islamic Ottomans came in 1463. Christians became Muslims and Bosnia developed a Turkish way of life for 400 years. The Austro-Hungarians took control in 1878 and modernised Sarajevo.

Walking through central Sarajevo’s branching streets in Bascarsija and seeing the terraced villages in the hills gives a strong feeling of the East. On the other hand, the lavish Austro-Hungarian buildings along the Miljacka River feel European.

Bosnia’s café culture is another legacy of the Ottomans. Lounging around drinking coffee and chit-chatting away the hours is a favourite pastime. The laid-back approach to life and making time with friends a priority is a national pastime. Bosniaks love to sip tiny cups of coffee for hours on end in the cafes. 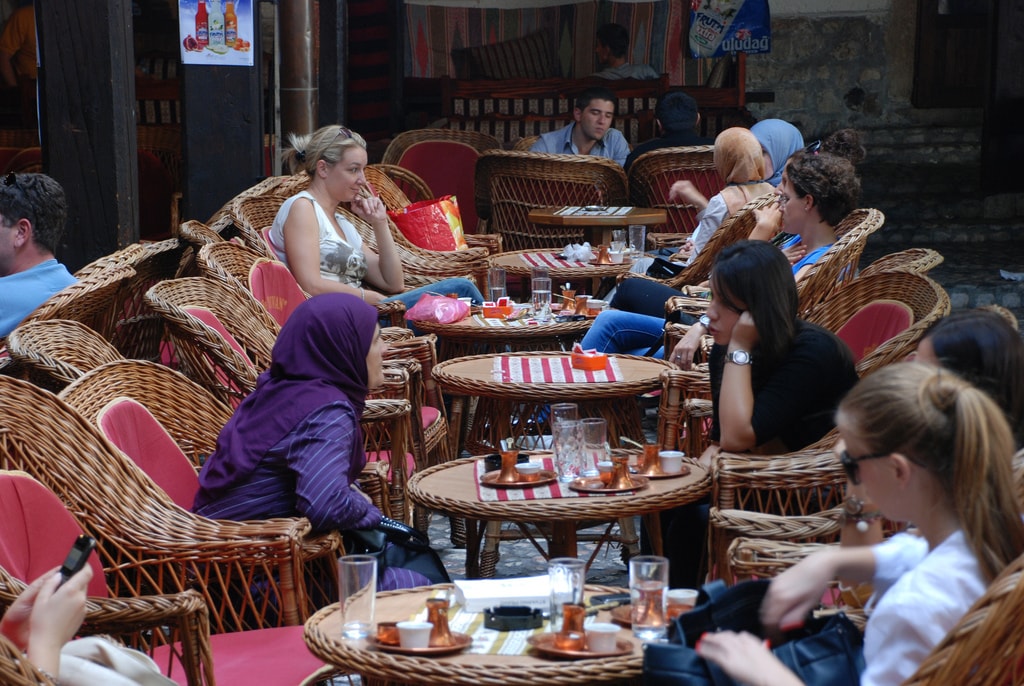 Visitors looking for a higher standard of travel and a luxury experience will get better value for money in Bosnia. Accommodation, dining, and tours are more affordable than in Croatia. You could be sitting on the top of the tallest building in the Balkans, the Avaz Twist Tower in Sarajevo, sipping a $1 beer or coffee while overlooking the city below.

For a Balkan experience

Although Croatia is part of the Balkans, Croatians’ attitudes and culture are more Western or Central European. Bosnia gives off a different vibe and attitude, which is more quintessentially Balkan. Subtle differences make the country feel very different and somewhat exciting compared to what you might be familiar with in Western Europe.

Did you know that Bosnia is (arguably) home to the largest pyramid in the world? Semir Osmanagić, a local archaeologist, announced in 2005 that Visoko’s pyramid-shaped hills to the northwest of Sarajevo were human-made. He claims a total of five pyramids exist, dating back 30,000 years. The scientific community says it’s a hoax to lure tourists, however. 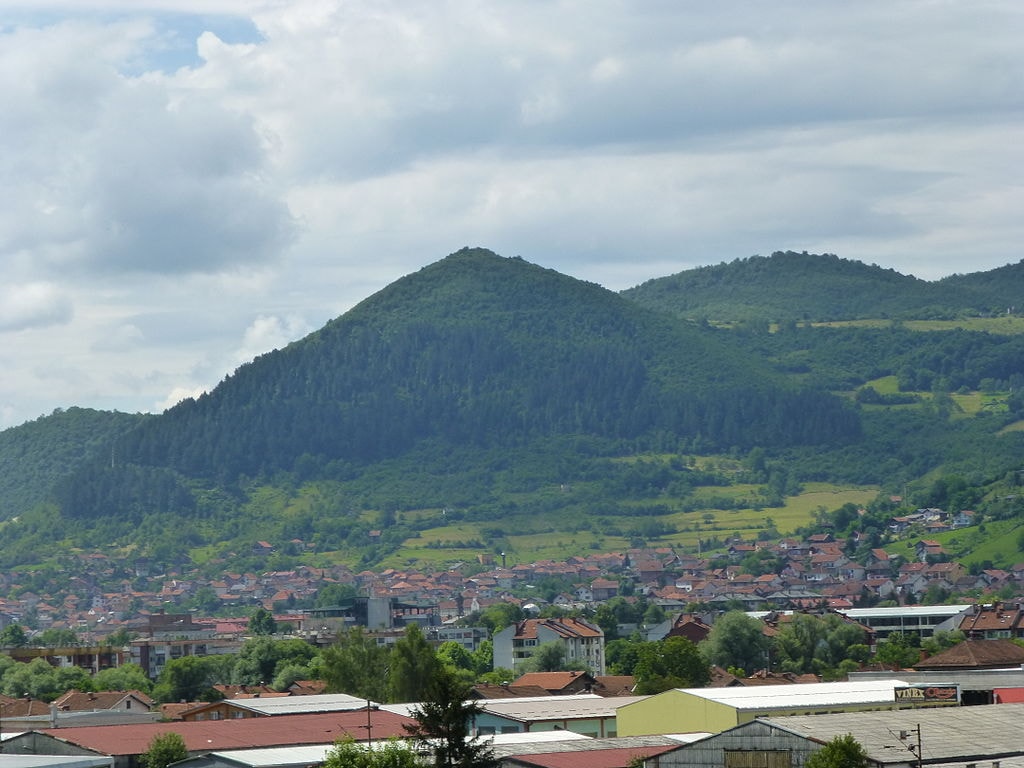 Is it a pyramid or just a hill? | © TheBIHLover/WikiCommons

Four for the price of one

Bosnian and Herzegovina is a combination of two regions; the first has more Bosniaks (who are Muslims), and the second is largely comprised of Catholic Croats. Sarajevo is the capital of the Bosnian region and Mostar, with the famous Stari Most Bridge, in Herzegovina.

There are other regions too. Few outsiders know the Republic of Srpska, which makes up almost half of the country’s landmass and has a majority of Bosnian Serbs. Banja Luka is the largest city. Even fewer know of the semi-autonomous region of Brcko in the north-eastern part of the country.

All countries involved in the Yugoslav Wars suffered. Bosnia suffered badly. The Siege of Sarajevo lasted almost four years, with 300 shells hitting the city each day. The buildings show the scars. Sarajevo Roses — mortar damage on the pavement filled with a red dye — mark spots where people died. The legacy of the war is present everywhere you look in Sarajevo. 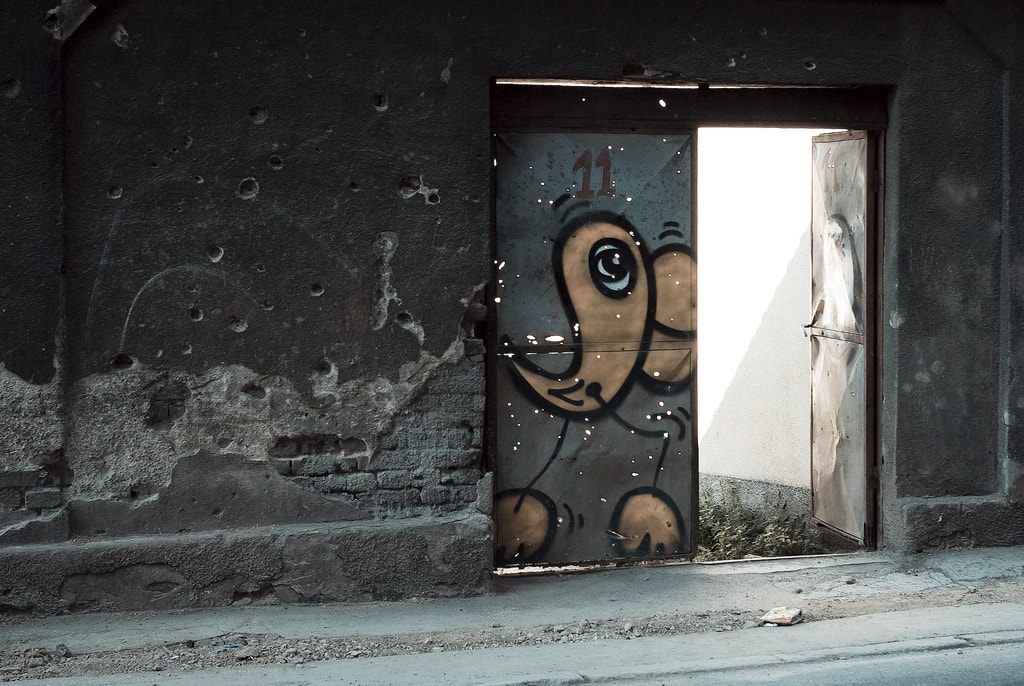 Wherever tourists go in numbers, the travel experience becomes less personal. Visit any of the popular places along the Adriatic, and you’ll blend into the background. Bosnians are more curious and hospitable in comparison.

Bosnia may not have beaches, but it has mountains. Peaks including Jahorina, Vlasic, and Bjelasnica are local hiking and skiing spots. Just take the train between Sarajevo and Mostar through the steep mountains and canyons passing along the turquoise waters of the Neretva River and see for yourself. 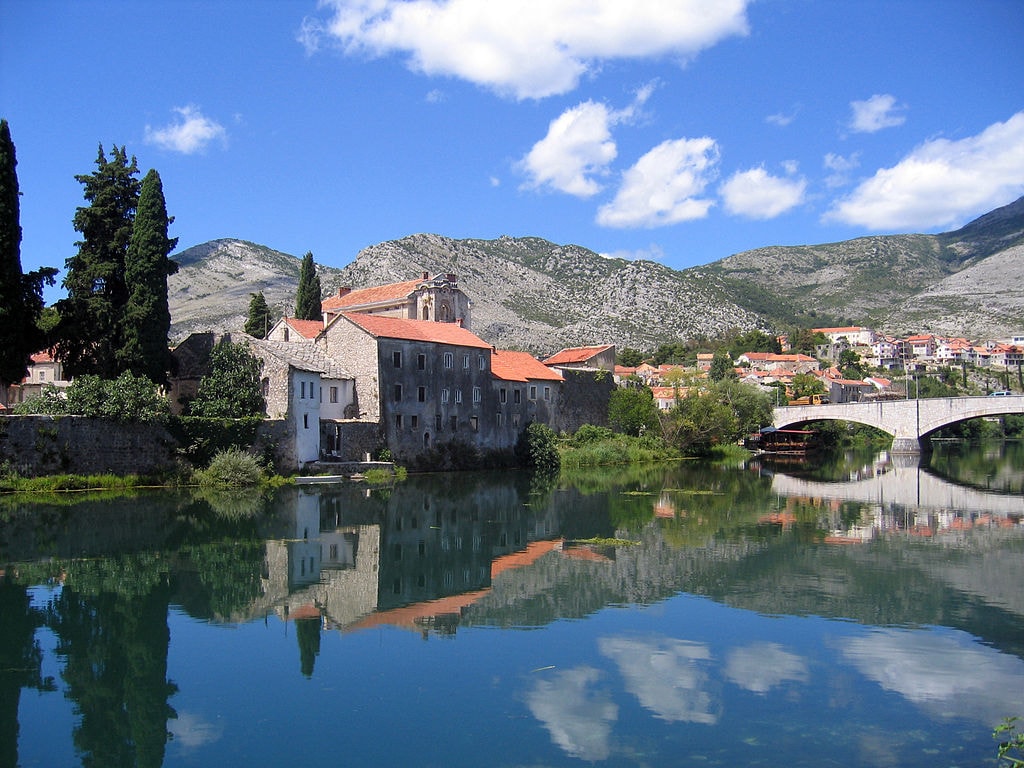 On 28th June 1914, Gavrilo Princip killed Austrian Archduke Franz Ferdinand. Princip, a young member of the Serb nationalist Black Hand, fired a lucky shot after several of his comrades failed. Austria declared war on Serbia, sparking the cascade of events that led to the First World War. A commemorative plaque on the wall near Latin Bridge marks the spot where the assassination occurred. 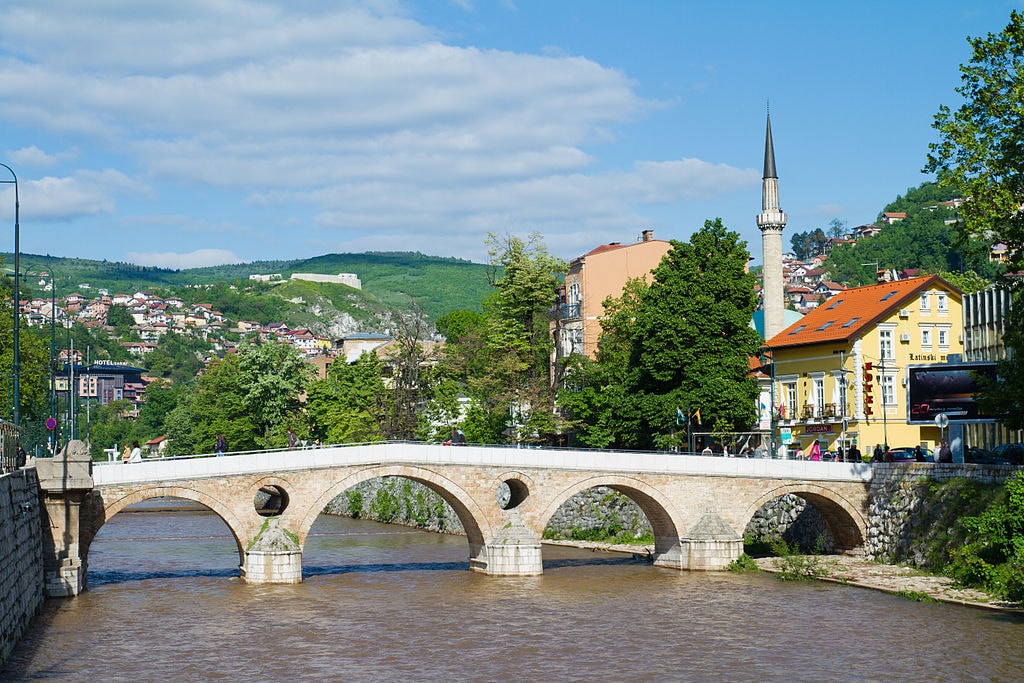 It’s the Jerusalem of Europe

Sarajevo has the proud nickname ‘the Jerusalem of Europe’. A mosque, a synagogue, and both Catholic and Orthodox Cathedrals sit side-by-side in the same neighbourhood. Even today, Bosnia is home to Muslim Bosniaks, Catholic Croats, and Orthodox Serbs.

Witness the Stari Most Diving

The Stari Most in Mostar rises 20 metres above the cold waters of the Neretva River. For centuries, a rite of passage for local men was to dive off the bridge into the river. Today, divers jump into the water after collecting enough money from onlookers.

The Mostar Diving Club teaches tourists how to dive into the river for €25. After completing a few hours of training, you’re ready to go (if you’re brave enough!) 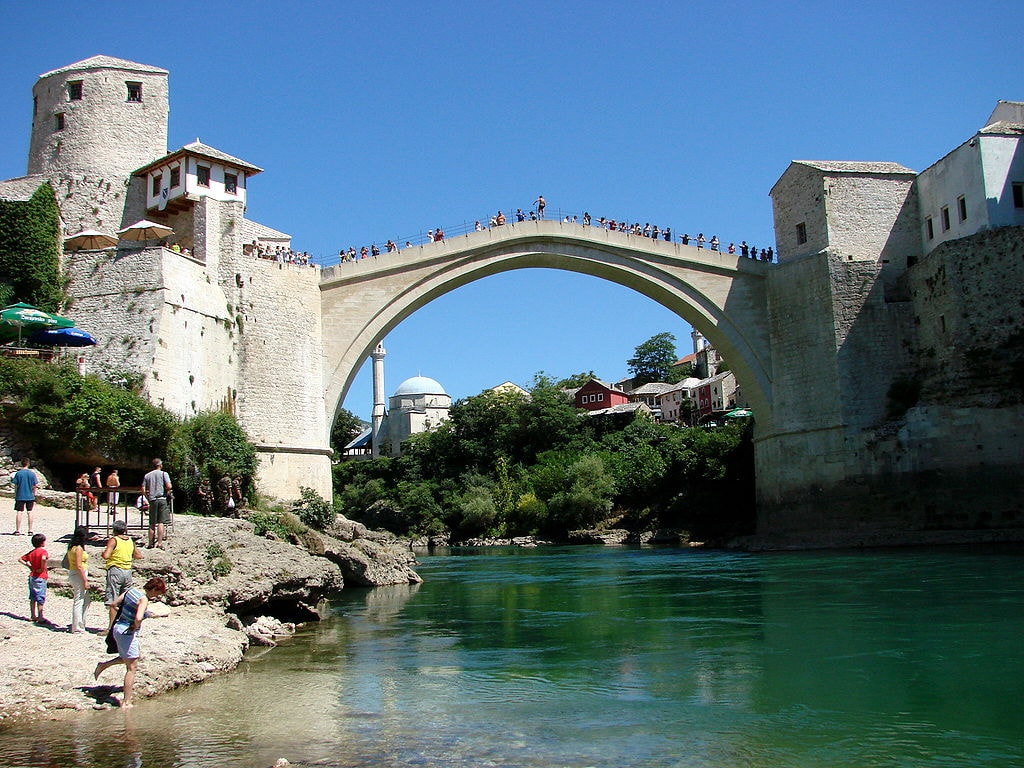 Diving off the Stari Most | © Wikimedia Commons/Adam Jones Adam63