10 Unique Souvenirs You Can Only Buy in Bosnia and Herzegovina 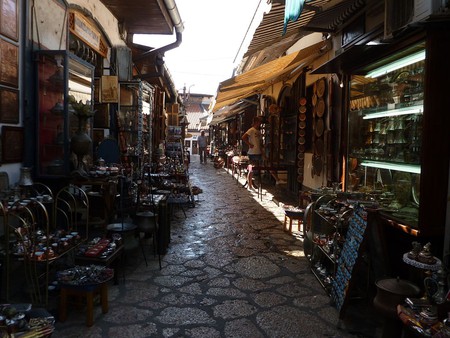 Ask someone to point to Bosnia on a map, and they’ll probably get it wrong. Ask anyone what they know about Bosnia, and they’ll mention either war, massacres or the breakup of Yugoslavia. Hardly anyone knows of the rich history under the Ottomans and Austrians or anything about the culture. The enlightened ones appreciate Bosnia’s treasure trove for the weird and wonderful. Here are a few unique souvenirs in Bosnia from Ottoman-style copperware to bullet pens.

After the Bosnian War, used ammunition littered the landscape. Enterprising locals collected, and, rather than recycling, crafted the ammunition into quirky souvenirs. In Sarajevo’s and Mostar’s tourist area, vendors sell trinkets, pens and even small tanks are intricately made from spent bullets. But, as fresh and exciting as this may be, bringing a bullet pen onto an airplane in your carry-on luggage may not be such a good idea! 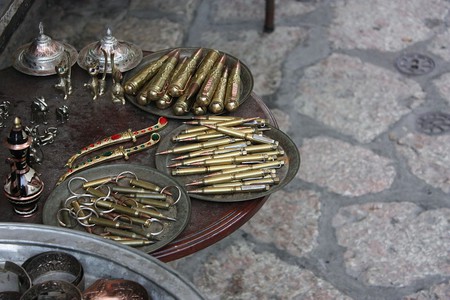 More war–related souvenirs are on display in touristy areas where you can find an array of items from helmets and badges to knives. Wander through the stalls and see the selection of war objects on display, which you can buy and take home.

The Ottomans brought copperware into fashion in Bosnia. For centuries, artisans designed and crafted objects into plates, coffee pots and ornaments. Walk through Coppersmith Street in Sarajevo’s Bascarsija or Mostar’s cobbled streets leading up the Stari Most and listen to the clank, clank, clank of the hammer. Admire their designs and craftsmanship or hunt for a special Bosnian souvenir to take home.

A quick tip: Not everything is hand-made. Some are cheap knock-offs, which dishonest vendors claim to be real and sell to tourists, especially in Mostar. Only buy from the stalls where you can see people making their wares. 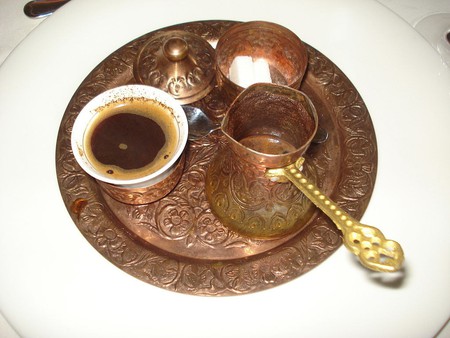 In Bosnia, people remove their shoes before entering someone’s home. Rather than walk around in their socks or bare feet, they wear slippers. Hand-knitted slippers from wool, or other styles with pointy toes, are on sale in shops around Sarajevo and Mostar. Some have intricate patterns, others are plain.

The Bosnian Pyramids are a major attraction in Bosnia. In a small town to the north of Sarajevo is Visoko and their famed pyramids.

Few in the scientific and archaeological worlds agree with researcher Semir Osmanagic, who argues they are largest and oldest pyramids in the world are in Visoko. Whether they’re real or not, an added benefit is the increase in tourism, which inspired local handicraft. You won’t find many places in the world where you can buy miniature Bosnian Pyramids on a key chain.

6 A Certificate For Diving Off the Stari Most Bridge:

Bosnians dive from the Stari Most Bridge in Mostar into the frigid waters of the River Neretva below. Local divers, from the Mostar Dive Club, entice tourists for donations to watch them dive off the bridge. Some want the experience and thrill of jumping in themselves.

Daring tourists can learn the correct diving techniques for €25 ($15US) per person. After completing a training session, you’re ready to take the plunge. Divers get a certificate and become lifetime members of the Mostar Dive Club.

Traditional carpets, or kilim, became famous in Bosnia under the Ottomans. Handwoven rugs tend to have simple motifs repeated across the surface in vivid colours, creating a traditional design. Wealthy residents once placed large rugs in their living quarters.

Bosnia’s Golden Age for carpet weaving was in the period immediately after WW1. Though, sadly, the craft is slowly becoming lost to time in a more modern society. You can find handwoven rugs in the main cities such as Sarajevo and Mostar. If you’re planning to buy a carpet, check the knots on the underside. The more knots is a good indicator of higher quality.

8 Photograph the Spot Where WW1 Started:

As we all know from school, WW1 started after Franz Ferdinand’s assassination. In Sarajevo, near Latin Bridge, is where Serb Nationalist Gavrilo Princip fired a lucky shot, killing the heir to the Austrian throne. A plaque commemorates the exact spot he fired. 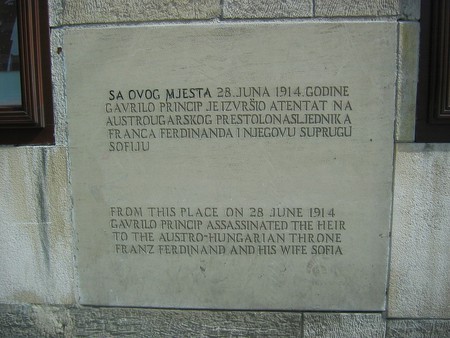 What makes a better souvenir than a hand-painted picture of Stari Most Bridge or Sarajevo’s Bascarsija to hang in your front room? Freelance artists display their work along the side of the roads in Mostar, Sarajevo and Banja Luka. A selection of pencil, oil and watercolour pictures are available. Wander around and enjoy the displays before making your decision on which one to buy.

10 A Bottle of Herzegovina Wine:

Herzegovinia produces high-quality wine. The soil in the southern parts of the region is perfect for growing grapes, and wine production dates back millennia to the ancient Thracians. After converting to the Ottoman’s Islam, the wine began to dry up until the Austrian’s revived it. Today, you have a choice between zilavka (white) and blatina (red). Both are widely available around Mostar.