The Greatest Things To Do And See In The Marolles

The Marolles is an old but lively Brussels neighborhood located between the Palace of Justice and the Brussels-South railway station. By exploring its charming streets lined with antique and vintage shops, along with its small galleries and flea market, you’ll undoubtedly be won over by its unique atmosphere. The following are the reasons the Marolles is worth discovering. 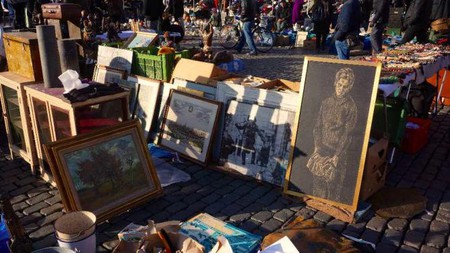 First of all, the Marolles neighborhood is synonymous with Place Jeu de Balle, which is actually the most well-known flea market in Brussels. Open everyday from 7am to 2pm, you can find absolutely anything: from old silver rings, posters and pins to Zenith photo cameras, vintage jukeboxes, bikes, and even retro refrigerators. Each seller has a special personality, so if you’d like to negotiate then choose your words wisely. 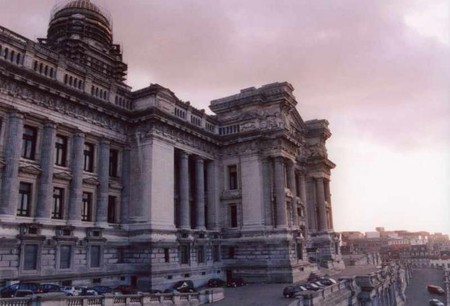 One feature you will definitely notice while wandering around the eastern part of the Marolles is the cupola of the Palace of Justice, which watches over the town. Prepare to take a big step backwards and tilt your head upwards to see the building entirely, since this mammoth architectural feat has a surface area of more than 20,000 m² (it is larger than St. Peter’s Basilica in the Vatican). It was built at the end of the 19th century in the neoclassical style and was once the biggest courthouse in the world. It also has the reputation of being the largest building built in the 19th century. 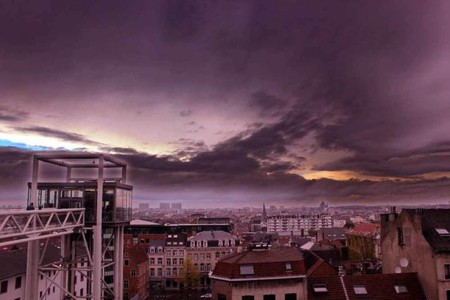 Admire the Sunset at Place Poelaert

After passing by the Palace of Justice, a sunset view or even a simple walk is a must at Poelaert Square. One of the largest squares in Brussels, this spot allows you to enjoy a moment of contemplation, looking down over half of the city. If you’d like to become lost once again among the charming streets of the area, simply take the Marolles elevator, which is bicycle-friendly. In the Square you’ll see this public glass elevator, which doesn’t really fit in with the classical style of its surroundings, but will deliver you to Rue Haute in no time.

Take your time because in the surrounding area of Place Jeu de Balle you will find the longest street in Brussels. Here you will discover antique dealers and second-hand shops. Take a trip to the past and find a variety of vintage items to decorate your house. Shopping can make you hungry, but Rue Haute has plenty of places for you to refuel. For a quick snack, try a sandwich at Zanzibar or if you’re really hungry you might enjoy Villa Rosa, renowned for its paella. For dessert, a long menu of pancake options awaits you at La Crêperie and, at Aksum Coffee House you will be offered a nice cup of Ethiopian coffee and you can also check out their in-house exhibitions.

Constructed in the 13th century in a Romanesque style, Notre-Dame de la Chapelle is the oldest church in Brussels. Having survived through a fire, a bombardment and many reconstructions, it was later marked by the transition to the Gothic style. Not only does this church draw attention from the outside with its statues, arches, and richly decorated windows, but the interior is worth a visit, too. Inside the chapel, you will also find the tomb of the famous Dutch painter Pieter Bruegel the Elder. 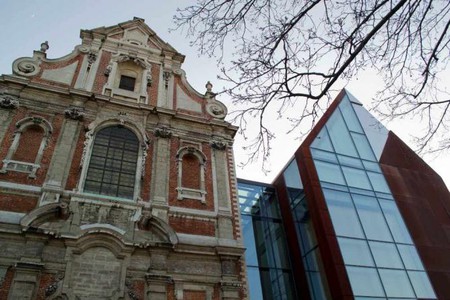 Enjoy Performances at the Brigittines Chapel

What was once a little church has become a site for contemporary dance and performance. Built in the 17th century, Les Brigittines was first a baroque-style chapel and subsequently inherited many other functions – it has been used as a warehouse for books, a military pharmacy, an arsenal warehouse, a school, and even a slaughterhouse. This monument’s rich history was taken to a new level in 2007, when a second chapel was built as a modern extension in order to open the space up to new artistic projects. Mainly used as an arts center in Brussels, the building also hosts the Brigittines International Festival. 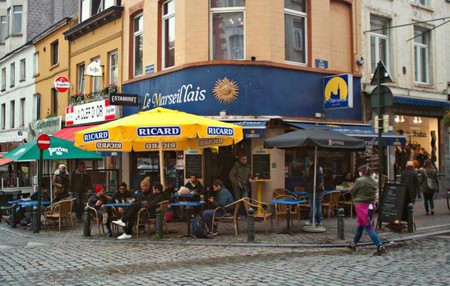 Une petite bière, on a soif! (Give us some beer, we’re thirsty!)

The lyrics of a Belgian song from almost fifty years ago. Well, the Marolles will fulfill this desire and you’ll never be thirsty thanks to the many bars you can find at Place Jeu de Balle and its surroundings. The Chaff, La Brocante, and Le Marseillais are great drinking options around the clock and are among the Bruxellois’ preferred spots to converge. There is also Pin Pon, a resto-bar installed in an on old fire station or Pianocktail, a dive bar which features a piano that distributes cocktails. These are a few places left in Brussels where you can experience real life as it was in the olden days. 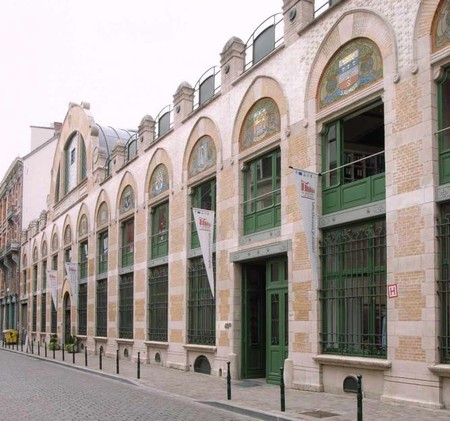 Market, Belgian
Facebook
Email
Twitter
Pinterest
Copy link
Share
From Wednesday to Sunday, the Atelier des Tanneurs hosts a really fine organic market where you can find all the groceries you need at a really good price. On Sundays it’s always full and you’ll even see a queue of people waiting to enter. Be prepared for an explosion of smells and tastes thanks to the fresh, organic products brought from sustainable and trustworthy producers.

Porte de Hal, or the Halle Gate, is one of the most emblematic buildings in the capital thanks to its rich history. It served as the second fortified city wall of Brussels. Open to visitors, the interior hosts a museum which forms part of the Royal Museum of Belgium. At the crossroads between the Boulevard du Midi and Waterloo, this neo-gothic giant provides another occasion for a panoramic view. Whether you are a history buff or not, this monument will definitely spark your interest. Surrounding the Halle Gate, you’ll find a wide green space and a small lake, which were established upon request of the local residents. It’s definitely worthwhile taking advantage of this peaceful park by relaxing on the grass and enjoying the view of the tower.

While it’s called La Boucherie Moderne, or The Modern Butcher’s, this shop is actually a tattoo salon. Individuals who have already passed through the hands of La Boucherie Moderne’s tattoo artists mostly agree on their open spirit and their ability to treat carefully every idea that a customer may have. While being subjected to the pain of having art tattooed on the skin, the staff will make lighthearted jokes and tell unique stories about previous tattoo requests to elevate the experience. Make sure to visit the gallery inside the salon where you’ll see tattoo masterpieces and perhaps be convinced that a tattoo is not just an accessory, but a living thing.