10 Quiet Places to Escape to in Brussels, Belgium

Brussels | © David/Flickr
Brussels can be a hectic place. Rush hour, Saturday shopping, the European Quarter, the weekly queues. Yet, spots of tranquility can be found right in the busiest, liveliest parts of town. Here the best serene spots in which to unwind and relax.

The Royal Library of Belgium Café

Library, Building
Royal Library of Belgium Café | Courtesy of La Kusman
Belgium’s Royal Library in Mont des Arts is not only one of the best-kept secrets in Brussels, but also one of the calmest spots right in the heart of the city center. Its rooftop cafeteria is an underrated and unpopulated place to enjoy your coffee break and some quiet time with a view of the Grand Place, stretching to the Koekelberg Hill. All you need to do is take the lift to the fifth floor. On a bright day, soak up the sunbeams on the colorful terrace.
More Info
Open In Google Maps
4 Boulevard de l'Empereur, Bruxelles, Bruxelles, 1000, Belgium
+3225195311
View menu
Visit website
Visit Facebook page
Send an Email
Give us feedback

Just off rue Neuve, on Brussels’ busiest pedestrian shopping street, lies an almost forgotten 18th-century square. Place des Martyrs is a peaceful spot to retreat from the shopping frenzy. Rectangular-shaped, it is dotted with wooden benches and surrounded by whitewashed neoclassical architecture; the buildings are now occupied by the Flemish government. In the center, a monument honors the 466 rebels who died in the revolution that led to Belgium’s independence. 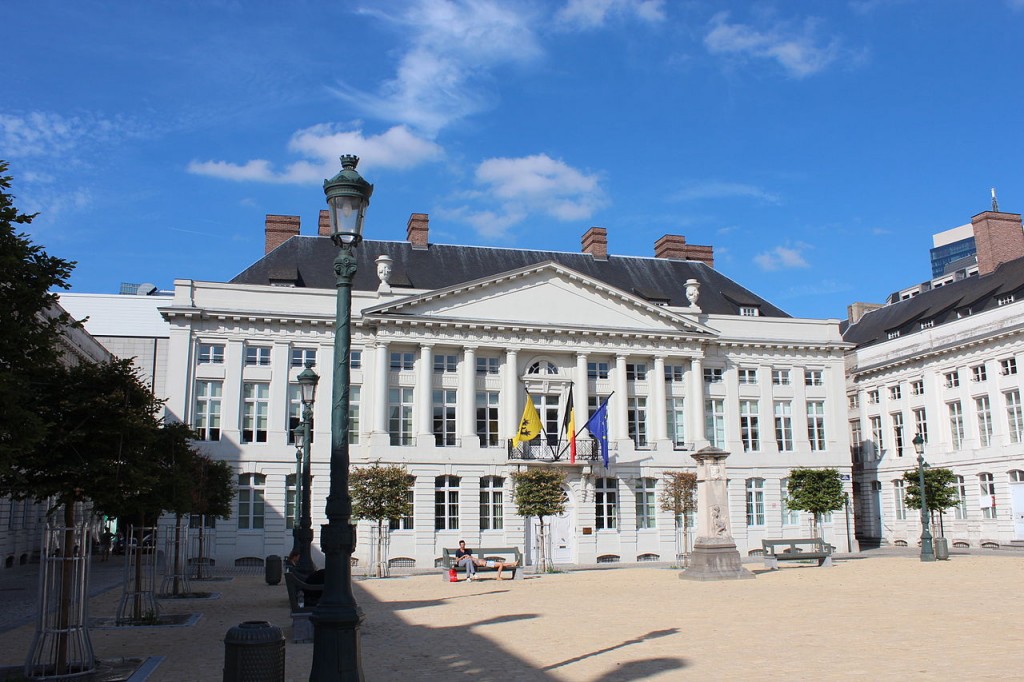 Park
View of Maison Pelgrims from Park Paulus | Courtesy of La Kusman
Located in the neighborhood of Saint Gilles, Park Paulus used to be the private garden of Pelgrims House, a beautiful villa built in 1905 in a mixture of neo-Flemish Renaissance and Art Deco styles. The park is an idyllic spot of calm within the city, with picturesque pathways taking you past a pond, a cottage, and a mostly childless playground. It’s eerily silent in summer time.
More Info
Open In Google Maps
Rue de Parme, Saint-Gilles, Bruxelles, 1050, Belgium
+3225360211
View menu
Visit website
Visit Facebook page
Send an Email
Give us feedback

Nestled between glamorous chocolateries and cafes in the classy Sablon neighborhood, Impasse Saint Jacques is a charming alleyway where it is still possible to get a sense of what the ‘old’ Brussels was like. Enter the impasse from Place du Grand Sablon and continue through a narrow passage now dotted with art galleries and high-end shops. It will lead you to a little inner square where you can sit and enjoy the calm surrounded by old red brick houses. 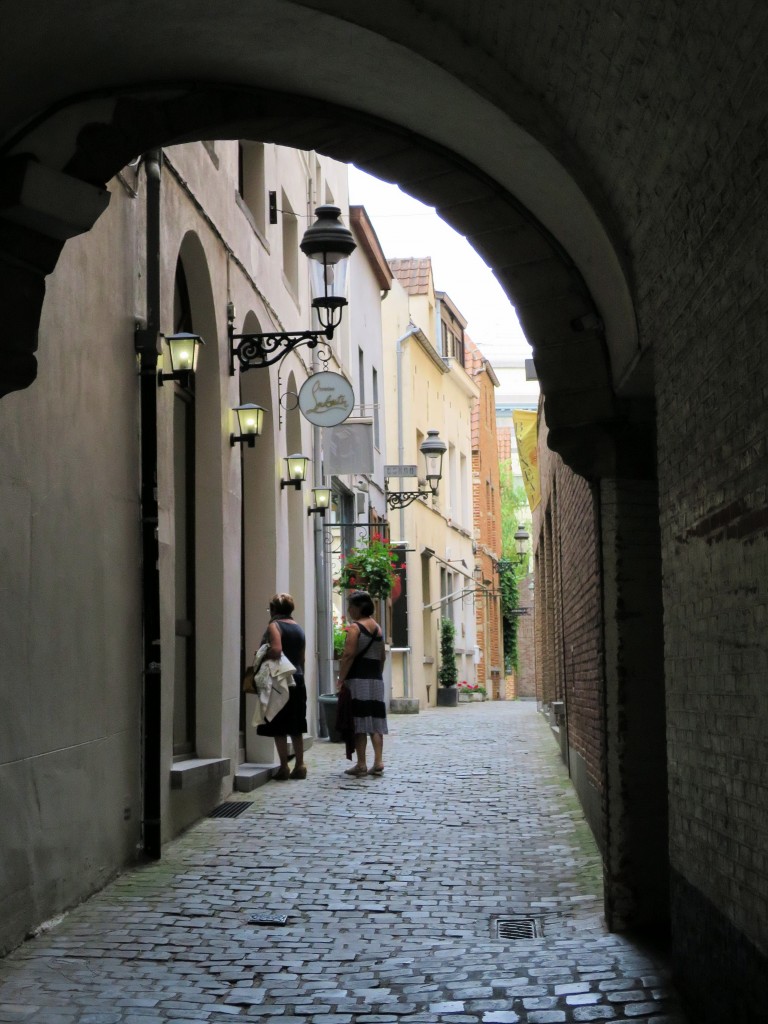 Park
Park Egmont | © Michel wal / Wikicommons
Park Egmont used to be a secluded green oasis of calm. Now accessible from three sides, it has retained its tranquil atmosphere and is one of the city’s loveliest parks. Retreat here for a good read surrounded by lush green space, a refreshing drink at the luminous summerhouse, L’Orangerie du Parc d’Egmont, or just to escape from the traffic and shoppers of Avenue Louise. The park boasts a Peter Pan statue, one of the seven found around the world.
More Info
Open In Google Maps
25 Boulevard de Waterloo, Bruxelles, Bruxelles, 1000, Belgium
View menu
Visit website
Visit Facebook page
Send an Email
Give us feedback

Cemetery, University
Graves at the cemetery in Ixelles | Graves at the cemetery in Ixelles
The area around the cemetery in Ixelles is one of the liveliest and trendiest in the city, a favorite among local university students. Yet, as the cemetery is one of the oldest and largest in Brussels, it makes the perfect spot to escape to for a quiet moment. Resting here are Art Nouveau architect Victor Horta, chemist and philanthropist Ernest Solvay, surrealist artist Marcel Broodthaers, and Frederic Neuhaus, inventor of the praline chocolate. With its paths, roundabouts, and street signs, Ixelles’ cemetery feels like a peaceful small town emptied of its people.
More Info
Open In Google Maps
478 Chaussée de Boondael, Ixelles, Bruxelles, 1050, Belgium
+3225156691
View menu
Visit website
Visit Facebook page
Send an Email
Give us feedback

On the bustling rue Malibran, between Place Blyckaerts and Place Flagey, petite rue Malibran might catch your sight, but hardly your attention. Appearances can be deceiving: a slightly uphill street seemingly going nowhere. A cul-de-sac with no reason to venture further. But go beyond first impressions and the surprise begins just where the road seems to come to an end. The street bends down left, leading to a tiny playground with some stones and benches to sit on. Stay here for hours soaking up the sleepy village atmosphere. 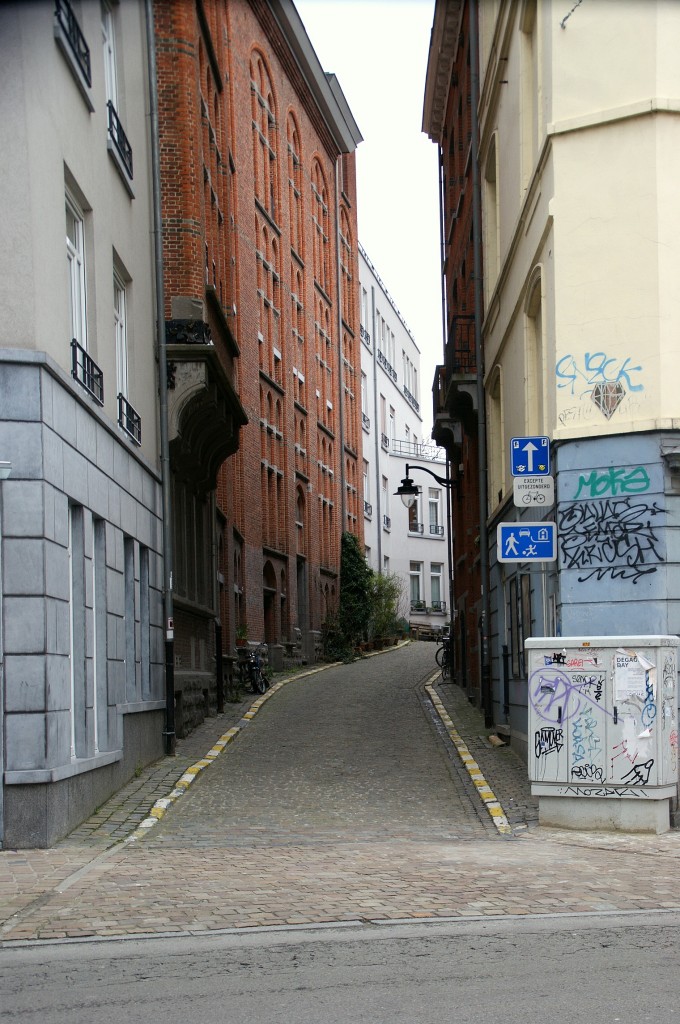 You’ll always find a peaceful green spot to retreat to in Tenbosch Park. Located in a busy district behind the Indian embassy in Ixelles, this relatively small park is surrounded by walls that conceal its real size. Trees, bushes, and sinuous paths create a natural separation between the different sections and levels; it will feel as though you have the park all to yourself. Formerly a privately owned dendrological garden, today it also has a playground, boules court, sandpit, football field and a turtle pond.

Just a step away from the Ixelles ponds and the hubbub of Avenue Louise, time stands still inside the walled gardens surrounding a former Cistercian abbey. Dating back to the 18th century, the gardens consists of five successive terraces—green, neat and symmetric in rigorous French garden style. It’s a serene refuge for a walk or an improvised picnic in the sun. 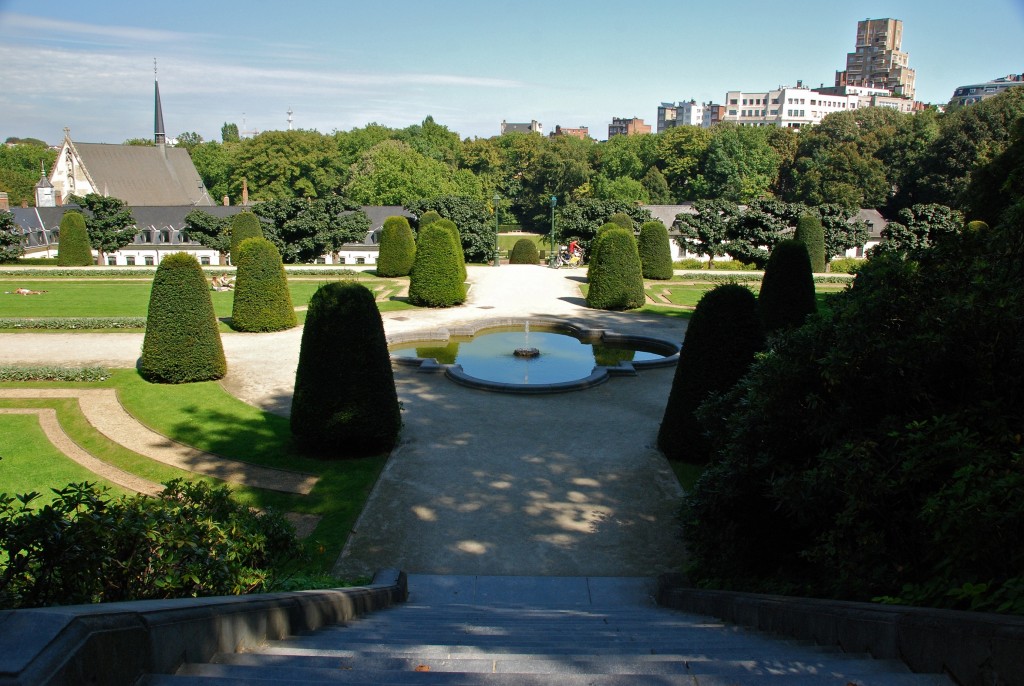 Leave the fuss of shoppers and tourists in the city center and step away from the traffic of Brussels’ small ring to a more peaceful part of town. The Canal area is poised to become the new up-and-coming, trendy neighborhood in the years to come. For now, it makes for a relaxed, lazy walk along the Senne. Colored pinwheels and urban art discontinuously dot the canal. The route gets busy in some parts, but is worth exploring for the pockets of peace you’ll encounter. 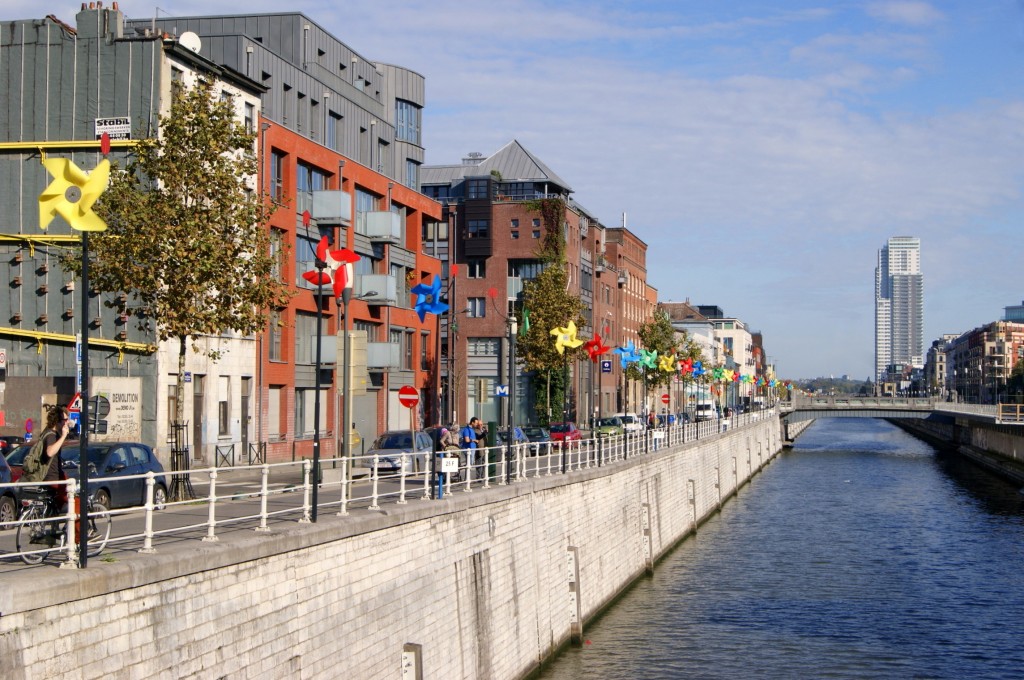